For some time now, I have been trying to figure out what (in theory) would be the most efficient way transfer power across a transformer. Applications include high voltage power supplies and induction heaters. I have become very interested in the Royer oscillator and derivatives of it such as the "Push-Pull 2n3055 driver" mentioned here: http://wiki.4hv.org/index.php/Flyback_transformer. What bothers me about the Royer oscillator and its derivatives is that it uses two transistors to control two coils (center tapped) rather than four transistors to control one coil. I have a hunch that there exists a way to improve on the design using a full h bridge rather than a push-pull center tapped design.

I have been working on a driver, and I need some help determining how it might work/fail and/or scale.

The design is not complete yet, but I was hoping it would at the very least convey where I was going with this. At best, this is going to be the design I build on by adding some protection for the transistors and driver.

I tried to make the picture as illustrative as possible despite the bad quality. Please let me know if/when you have trouble reading it and I will try to clarify. The driver relies on 4 pairs of op amps with their inputs crossed as seen here How to make an h bridge using only comparators. 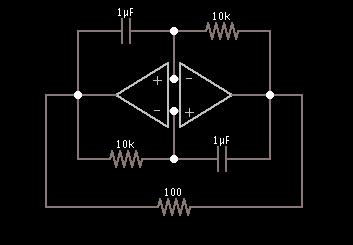 (imagine it without the capacitors and resistors)

Each pair of op amps controls one transistor. They all switch according to the voltage generated by the feedback coil F. I think I have the wiring displayed correctly, but the feed back coil outputs may need to be flipped.

I could be completely wrong in both my theory and my circuit. I am still rather new to electronics and am learning the best I can.

Royer oscillator operation: Start with the driver saturated in one polarity.

Resonance effects are only in play during the switching events; while the core is "walking" the driver remains in a fixed state.

Getting these switching events to happen cleanly is the hard part: sometimes the circuit won't switch at all, while in other cases the circuit oscillates at a high frequency with the driver active instead of switching, with consequent reduced efficiency.

Same as my comment but more readable as an 'answer':

I like the simplicity and symmetry of that complementary oscillator, but it has some issues with overdriving the Op Amp's (OA) inout via big cap overlap during crossover. But it works great as a chopper amp.

State of the art Switched Mode Power Supplies (SMPS) can run with 95% efficiency using small magnetics. Standard cost effective ones run 80~90% efficiency. That is after many years of research into the non-linear saturation effects of inductors, the nonlinear switched capacitance effects of MOSFETS or nonlinear current gains and saturation effects with bipolar junction transistors (BJT) and the need to manage dead time to prevent bipolar switched shorts across your power rails when dumping huge capacitance or currents.

Which part do you need help with?

I have a great book by an old colleague to design them for us while he was at Hammond, and I was at Burroughs. T Here are many avail I could suggest or you can easily find. 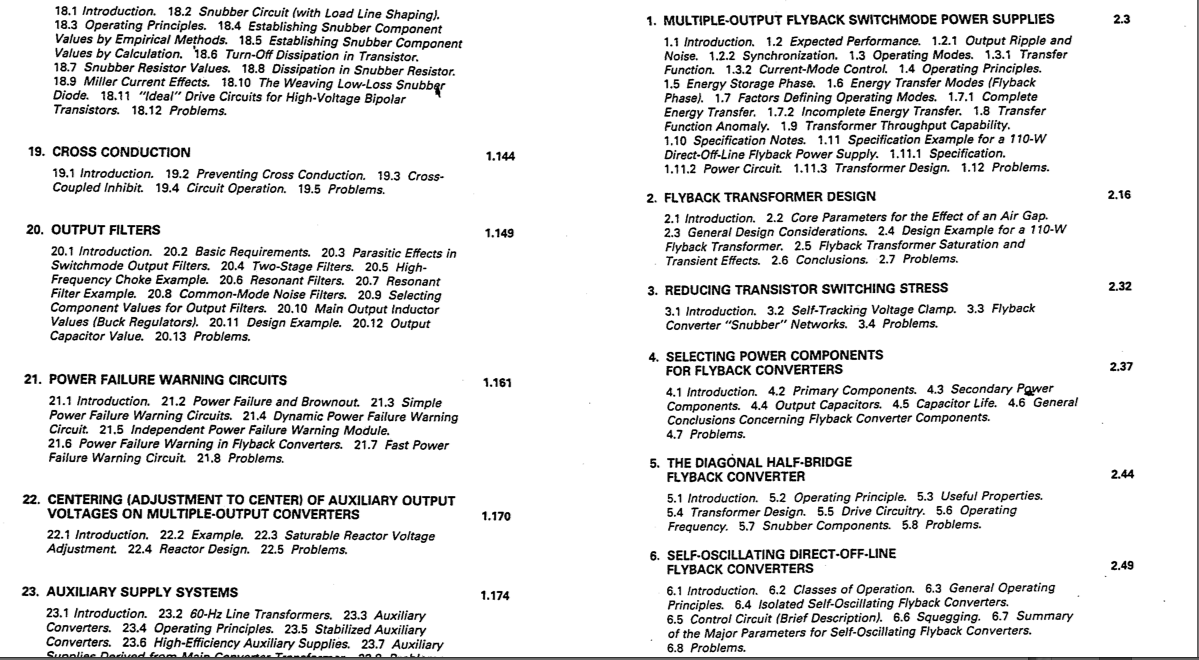 Not the answer you're looking for? Browse other questions tagged transformer oscillator h-bridge resonant-converter feedback or ask your own question.

1
How to make an h bridge using only comparators

2
Induced voltages and flux within a transformer and their polarities
3
Is there any Phase difference between the current in primary and secondary coils of a transformer?
1
Induced EMF in a transformer
6
Mechanism of transformer secondary current
0
Mutual Induction in Transformer
0
Lenz's law and the magnitude of opposing fields
3
Can a rectified sine wave still induce voltage?
0
flux in Real vs. ideal transformer
0
Voltage induced in aircraft high-tension magneto ignition system
0
How does flux change polarity in full bridge SMPS transformer?