Peak to Peak vs. Amplitude

For a sine wave,

Then why oscilloscopes display almost the same measurement values for both Amplitude and Peak to peak of a sine wave?

Here is my test screenshot on Agilent InfiniiVision MSO-X 3014A oscilloscope: 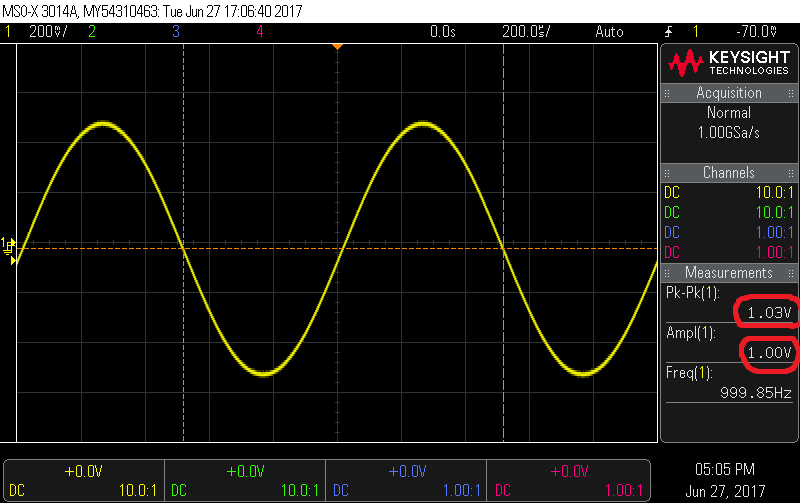 Here is the oscilloscope manufacturer's definitions for the measurements "Peak to Peak" and "Amplitude" in their user manual:

The peak- to- peak value is the difference between Maximum and Minimum values. The Y cursors show the values being measured.

Maximum is the highest value in the waveform display. The Y cursor shows the value being measured.

Minimum is the lowest value in the waveform display. The Y cursor shows the value being measured.

The Amplitude of a waveform is the difference between its Top and Base values. The Y cursors show the values being measured.

The Top of a waveform is the mode (most common value) of the upper part of the waveform, or if the mode is not well defined, the top is the same as Maximum. The Y cursor shows the value being measured.

The Base of a waveform is the mode (most common value) of the lower part of the waveform, or if the mode is not well defined, the base is the same as Minimum. The Y cursor shows the value being measured.

I know oscilloscopes are not all about symmetric signals. But I can't understand the following.

What are the two separate different quantities that the manufacturer intended to measure from these two measurements?

What are the applications of measuring those two quantities? Please explain.

I think that the historical definition of amplitude comes from nature. When Earth was young, most things that were wavey tended to oscillate sinusoidally about a middle point. Think sea waves or a tree swaying in the wind.

When man emerged he invented violins and tuning forks and they too oscillated symmetrically about a mean point. They called it a sine wave. So the scale of the oscillation became to be known as the distance from the mean point to the extreme, ie. amplitude. This is what's taught in schools. (They also teach kids that the 741 is a good example of an op amp, but that's a story for another time).

But then electrical engineers evolved and everything got complicated. They built amplifiers to make the violins sound louder and they used oscilloscopes to look at the wave forms. This is what you're taking about with a perfect sine wave.

Sometimes bad engineers built bad amplifiers that distorted the output, so a perfectly symmetrical sine wave might end up looking like:- 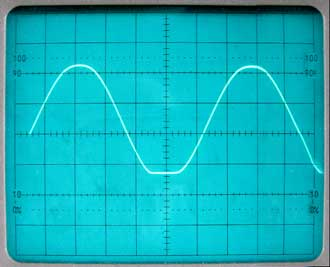 It's no longer symmetrical, and by that definition there are two distances from the mean to the extreme points of the wave. You can no longer use a single amplitude value as which one would be appropriate? So to measure this bad sine with a single value, you can only use the peak to peak distance.

Then the engineers got even cleverer and developed wave forms like:- 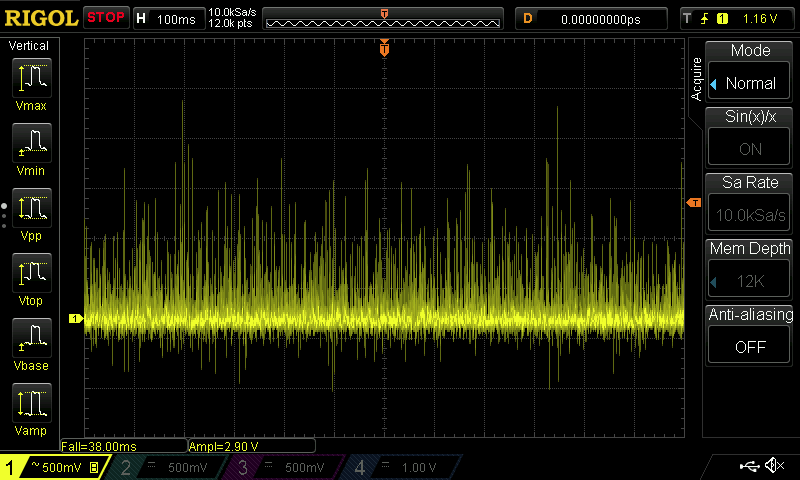 which is quite asymmetric abut 0V, and again unable to be described with a distance from 0V as there are two distances. Or like:- 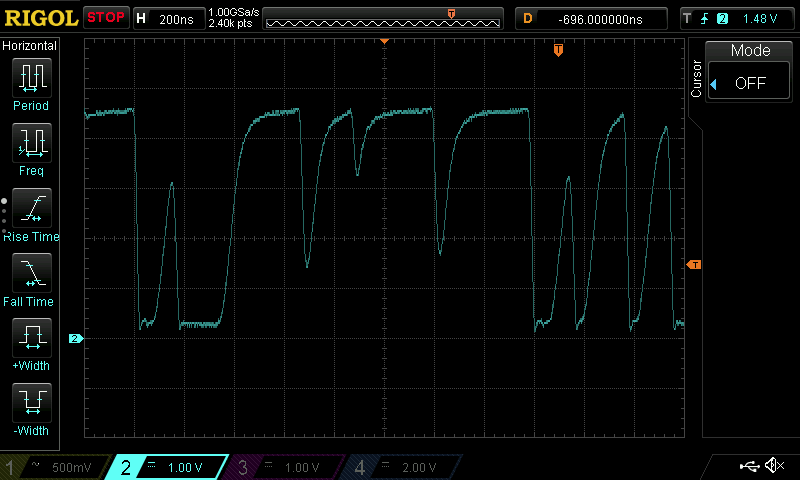 Here you'll notice there is a DC offset. The entire wave form is above 0V. Even the mean point or an RMS point is difficult to determine. This one's more complicated, as a modern oscilloscope will automatically subtract the DC offset (even if DC coupled) in the amplitude measurement. So the amplitude will be the peak to peak of the top of the wave to the underside, but excluding 0V. 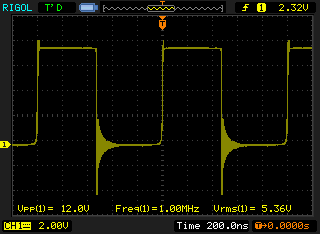 This shows ringing at the transitions of a square wave. A good oscilloscope will be able to identify the additional wave form riding atop the square one. So now you'll have an amplitude reading that is from the top to the bottom of the square wave, and a peak to peak reading that includes the extremes of the ringing. I'm not entirely certain (and expect others to weigh in here) as to how the oscilloscope identifies ringing from the predominant wave form. It's probably some form of percentage like the 5% rise time thing.

Confused? Me too and you'll find that some of these measurements are used interchangeably. The same mess occurs with the 10x and 20x thing in decibel calculations that can be very confusing. Some of it ultimately comes down to experience and being one of the few good engineers. Be an painter, it's simpler.

PS. I have no experience of such, but it would be interesting if someone added what happens in the case of an old analogue & semi digital 'scope like a TAS 465.

You don't need the internet. You should look at the manual for your oscilloscope. The peak-to-peak amplitude is defined as the difference between the largest and smallest voltages in your waveform. A DC offset will not change the peak-to-peak amplitude as it affects both the largest and smallest voltages equally.Amplitude is less well defined so, as I said, you should consult the manual for the definition.

Keysight here - the scope is recognizing the "top" and "bottom" of your waveform and filtering out noise (and pre/post shoot as applicable) from the top and bottom for that measurement, but the pk-pk measurement includes that noise.

Try setting the scope to only have 1 cycle on screen and you'll likely get identical measurements.

Not the answer you're looking for? Browse other questions tagged oscilloscope voltage-measurement waveform dc-offset amplitude or ask your own question.

3
Is there some kind of official standard for signal measurements?

11
What is oscilloscope trigger “sensitivity”?
6
Is this measured rise time inaccurate because of limited oscilloscope bandwidth?
9
Why does an oscilloscope show a different voltage from a signal generator?
0
Bitscope DC Offset
3
AC vs DC on an Oscilloscope
1
Noisy RLC circuit
1
Measuring True-RMS voltage of different waveforms - error?
0
How can I reconstruct exported oscilloscope data?
0
Using CD4093 as Schmitt trigger oscillator. How to measure high and low trigger thresholds?