Will somebody please help me to understand what is role of millet plateau region in switching of MOSFETs?

MOSFETS have several regions of operation

(3) building charge in the gate, as the FET channel charge builds up with opposite polarity inside the region between source and drain

Where is the charge going? View the FET as an amplifier, perhaps with gain of 10. Thus one volt deltaV on gate produces 10 volts (in opposite direction) on drain. As the gate is charged up (in Nchannel), the drain is moving oppositely and demanding another 10X charge bundle into that gate-drain capacitance.

Unless the gate driver has enormous current ability, there is a hesitation. 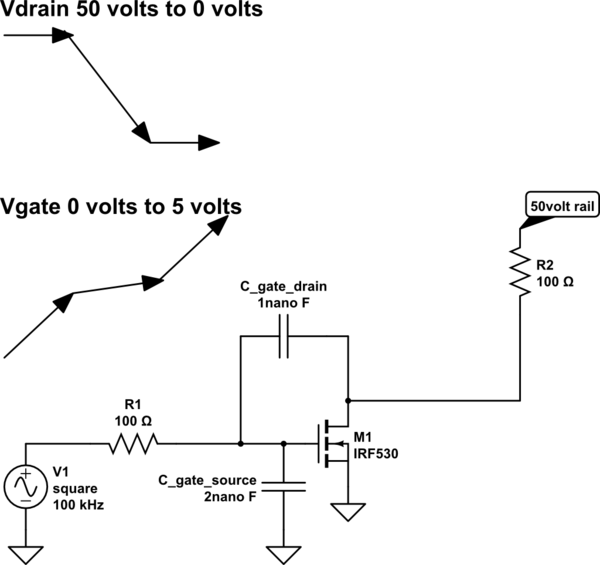 10
Why is the gate charge curve (Miller plateau) of MOSFETs dependent on Vds?

9
Need help understanding and interpreting IGBT datasheets
6
Mosfet Depletion Region?
10
Why is the gate charge curve (Miller plateau) of MOSFETs dependent on Vds?
1
What happpens to the Vgs in the Miller plateau region during MOSFET turn-ON?
10
What causes this knee in my MOSFET drain voltage drop?
2
H-Bridge design understanding
1
MOSFET as switches in non ohmic region
1
Power Mosfet Information Mismatch: On Region Characteristics vs Total Charge Graphs
5
Driving MOSFET/IGBT - Why Miller Plateau is a plateau?