I took out a little board from a radio clock that looks a lot like this one. I believe this is used for automatic clock setting - the coil is probably used as an antenna. 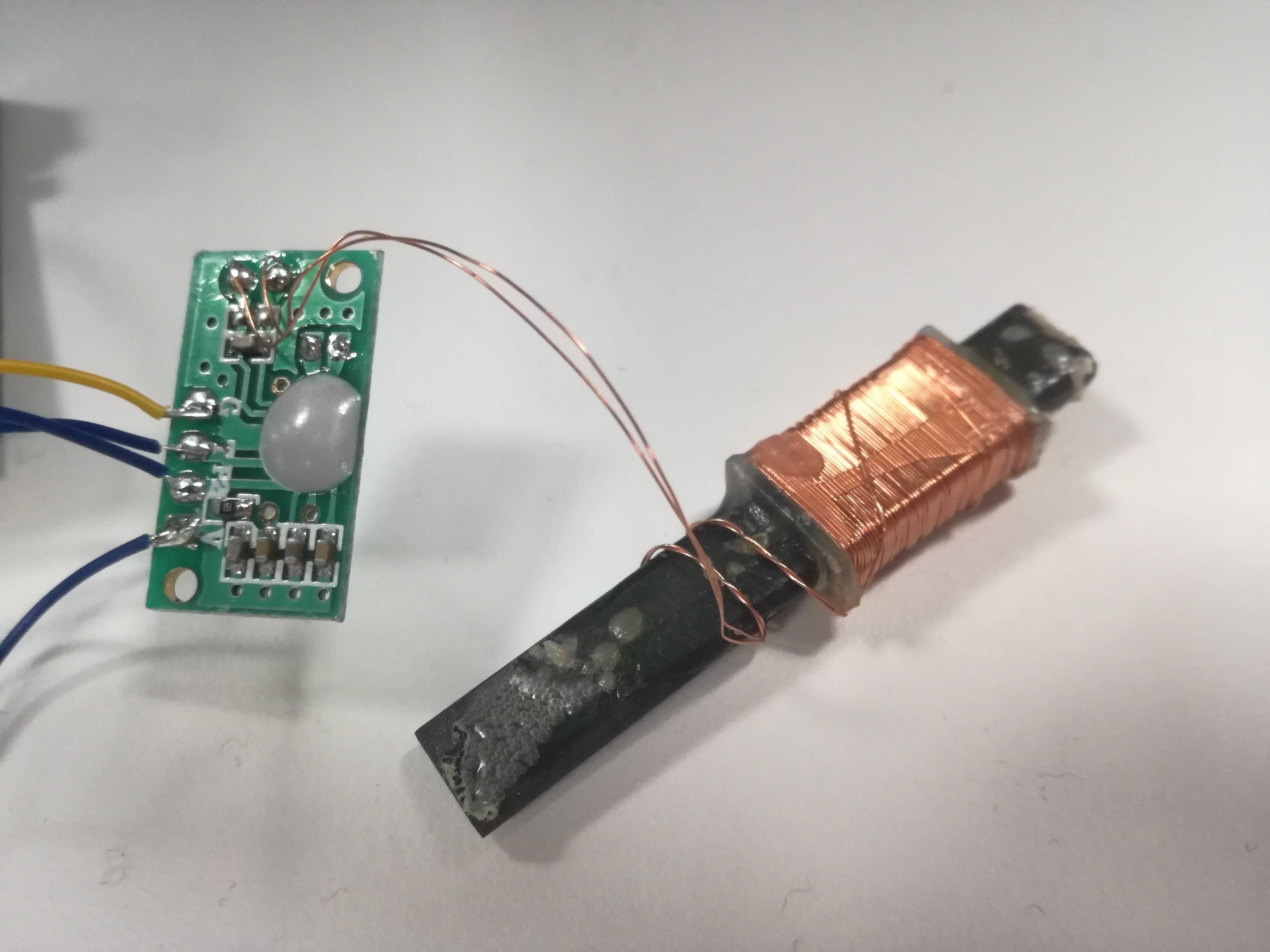 The contacts on the far sides I believe are ground and 3V power supply (since the device uses 2 AA batteries). The two in the middle, labelled T and P2, I have no idea what they do.

There is a crystal resonator on the back of the board, and the label "JS-D65" (which yielded no useful search results)

I tried bringing up one of the middle contacts and listening on the other, but it stayed on the voltage. Because of the chip under the epoxy, I assume the communication is digital.

That looks like one of the modules for receiving the radio time signals transmitted from various places including:

Receiver modules might receive the time signal from only one or a few sources, not all, as they are transmitted on a range of different frequencies.

I tried bringing up one of the middle contacts and listening on the other, but it stayed on the voltage.

It's not clear what you mean by "bringing up" and "on the voltage", but hopefully you haven't damaged the module by whatever you did.

I assume the communication is digital.

Yes. The protocols are explained on the different Wikipedia pages above.

The two in the middle, labelled T and P2

If you search for similar modules, you will find that they typically have 2 signal connections (in addition to the two power connections):

Based on the letters used, it would make sense if T is the digital time signal output, and P2 is the power control input. However you will need to investigate further, to see whether that hypothesis is correct.

Different modules have different specifications for those signals. If you still have the original clock, you will reduce your reverse-engineering work by reconnecting that module to the clock and monitoring those 2 signals with an oscilloscope, when the clock is in use. It will be useful if you can determine that a device (probably MCU) elsewhere in the clock, is actively driving one of those signals (e.g. the P2 signal), but is not driving the other one (because this one is an input to the MCU in the clock).

If you cannot connect that module back to the original clock, then my approach would be something like the following (but since I can't see or test your specific module, I cannot guarantee that this will work for you - use it as a basis for your own analysis):

Not the answer you're looking for? Browse other questions tagged digital-logic clock radio synchronization or ask your own question.