I am working on RF energy harvester and I want to increase the current. Should I connect more rectifiers in parallel to one antenna or more antennas to one rectifier?

Here is my schematic.
My antenna is a printed Helical with 2.3 dBi gain and 66% efficiency. My transmitter is 1 W 868 MHz.

I want a current of a few milliamps.

My range is about 10m from the 1W transmitter.

I am working on a prototype of low power device with my friend, I think my friend use this article for this design.

The device uses Microamps and low voltage but the problem with bluetooth TX current is about 6mA. 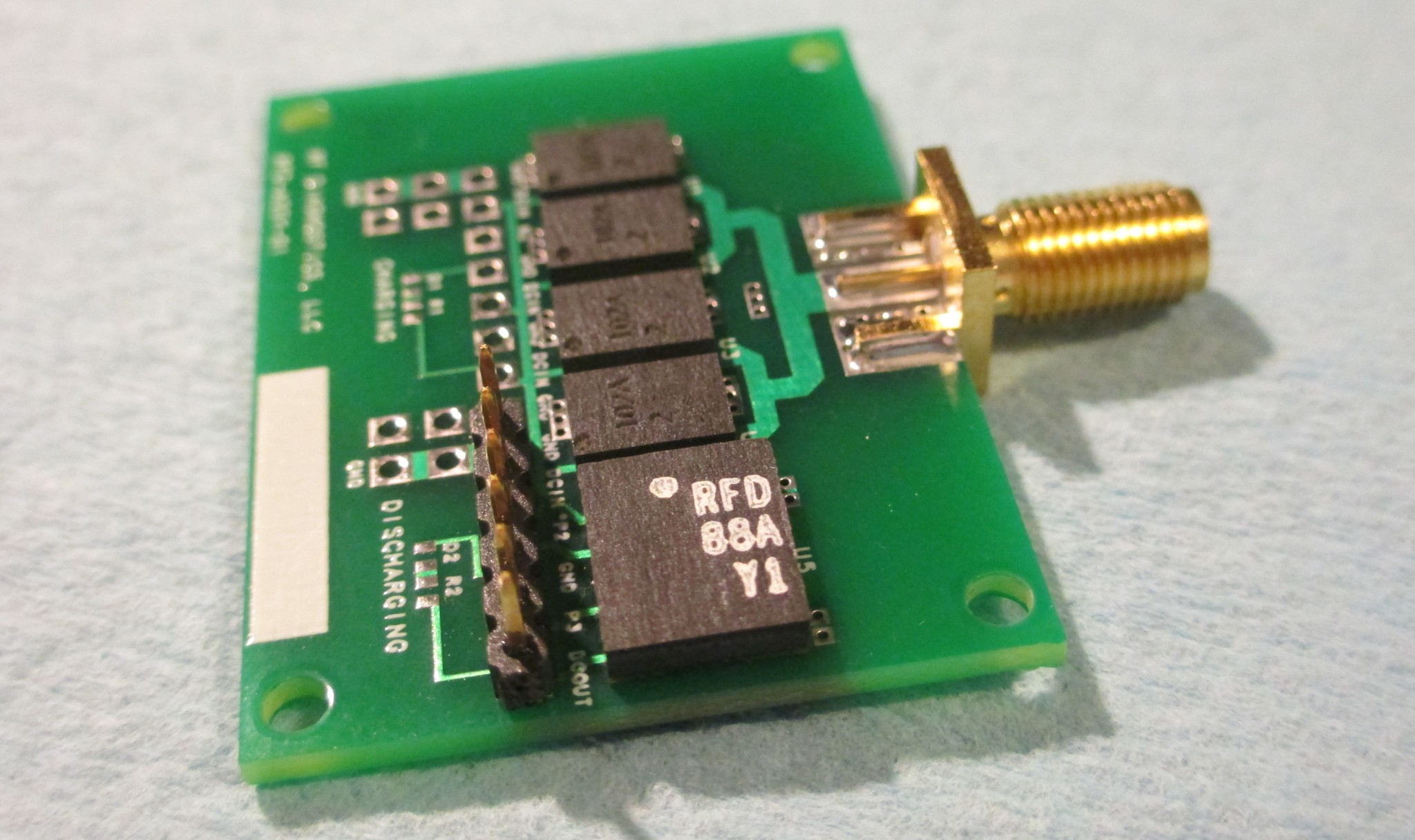 I am working on RF energy harvester and I want to increase the current. Should I connect more rectifiers in parallel to one antenna or more antennas to one rectifier?

Think about what happens when an antenna emits RF power into its surroundings (assume a vacuum and assume an isotropic antenna). An isotropic antenna is like a perfect light bulb that emits light-power in all directions. So let's say it emits 1 watt in total and then ask the question how much power can be received at some distance.

Now here's the problem, if you only have a small antenna at some distance, the amount of power it can physically receive is very limited. In other words, at 100 metres with a receiver aperture of (say) 1 sq metre, the total amount of power that can be received is a tiny fraction of that being pushed through the surface of a sphere of radius 100 metres.

The aperture size of any antenna is this: -

Your antenna antenna has a gain of 2.3 dBi (the "i" stands for isotropic and it means that you have 2.3 dB more gain that an isotropic antenna) hence, at 868 MHz (0.346 metres wavelength), your effective capture area is: -

This area totally governs how much power you can collect from one antenna so, when you ask a question like: -

Should I connect more rectifiers in parallel to one antenna or more antennas to one rectifier?

You are missing the big picture - address the big picture of how you are going to collect more power before you ask about current (bearing in mind that the receiving antenna has to deliver power into a 50 ohm load for maximum efficiency and that sets the big scene).

Quick calculation to see how much current can be efficiently liberated at 1 metre distance from the 1 watt transmitter given the gains involved. If both transmit and receive antennas are 2.3 dBi gain then the effective power transmitted is 2.3 dB higher at 1.7 watts.

You will probably achive no more than 20% of this given inefficiences and the conversion to DC so don't bank on more than 1 mA at 1 metre and with a pitifully low terminal voltage.

See also this Q and A on RF energy harvesting.

You should cite your sources.
You also need to provide as much information as possible as factors that may not seem relevant may prove vital. Things like source to target range are pivotal. Transmit antenna gain /.directionality is crucial if any distance is involved. If you are close enough to be in the near-field and electromagnetic approach may be better.

Your circuit diagram appears to come from this paper - intro page to
Enhanced Passive RF-DC Converter Circuit Efficiency for Low RF Energy Harvesting -
and the main point of the paper seems to be that there MAY be a better solution available than this one depending on power levels and other factors.

The paper provides details of efficiency versus number of stages (fig 13), loading (fig 11), for their suggested converter with a range of power levels.

The paper provides such a range of discussion that it would SEEM to answer your question far better than anyone could here with the amount of information that you have provided. If you are already basing your work on this paper you should say so and state your requirements with reference to the paper, what you have tried, what works and what you still cannot understand.

Note in their fig 15 the nearly 3:1 ratio between their simulated and actual results. Read the text, note the reasons that they consider cause this result and consider whether you can optimise these. For example, mismatches due to component tolerances are easily addressed. Schottky-diode-practical versus ideal-diode performance differences MAY be able to be addressed by working at a higher input voltage - perhaps by using an RF 1:N transformer, or higher Q resonance or ...?

Not the answer you're looking for? Browse other questions tagged energy-harvesting or ask your own question.