How does modules in an asynchronous circuit know when to signal that their output is ready?

I have recently become fascinated by asynchronous CPUs, which have no central clock and each module instead sends a signal, when their data has been processed. However, I have been wondering how such modules actually know when their output is ready and stable?

In the following example of an asynchronous sequential circuit, some modules communicate using a simple handshake protocol as follows:

Is it possible to send a READY signal when the output of a module is stable, without specifically timing the propagation delay of the module circuit?

If not, what would be the simplest way of delaying a READY signal based on a circuit's worst case propagation delay?

For each module, you have a matched delay line made up of a series of AND gates setup as buffers. 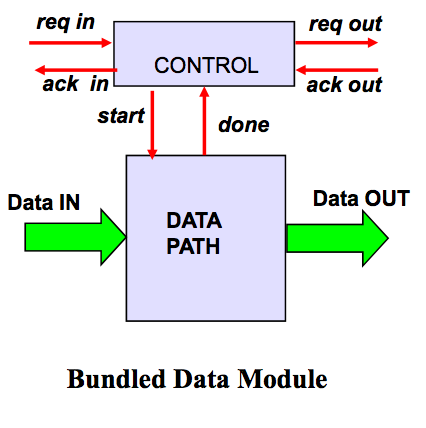 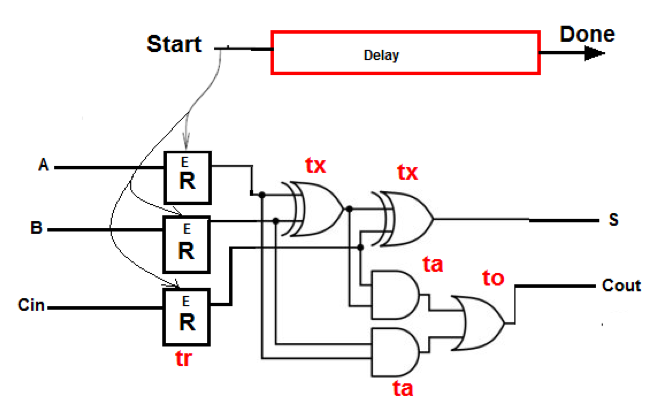 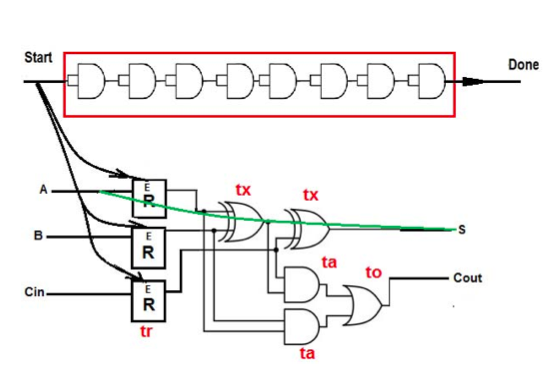 No central clock does not mean no clock at all. M1 and M2 do not need to know at which speed each runs; they must know what each other are doing, and have protocol between them defined. What they both must do is to ensure they pass data from each other properly, and it must happen in synchronized way for consistent data transfer.

In your diagram you depicted very high level request / acknowledge transfer system; in real implementation it may be more complex than that, and may include clocks between the devices.

Not the answer you're looking for? Browse other questions tagged microcontroller transistors digital-logic propagation or ask your own question.