4N35 opto-isolator for MIDI input does not work?

I have the following circuit which I would like to use to connect a MIDI enabled device. I am not getting any signal on pin 5, could it be because the resistor from the base to ground in too small? I am not sure how to calculate it from the datasheet.

I have replaced the opto-isolator, tested the input using an LED and could see the LED light up indicating current flows in the MIDI loop. I have placed a scope probe on the output of pin 5 of the device. pin 6 is now not connected to anything. Normally (idle) the signal is pulled high, when a signal comes in the signal goes low but only down to ~2.8V which is not enough to register as a logic low. 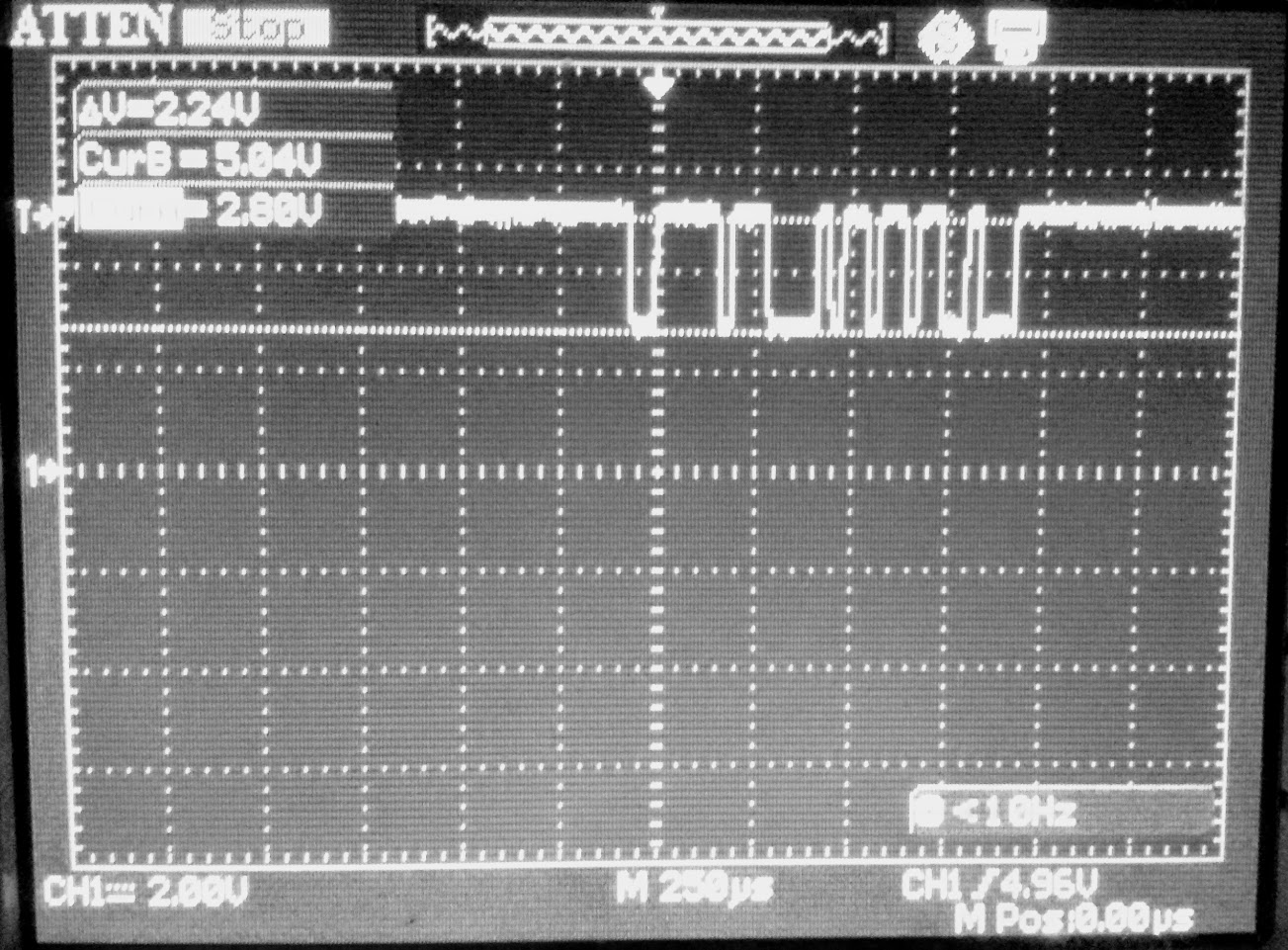 I've swapped the 360 Ohm resistor for 1K. Now the signal looks much better and it reaches almost 0V when low. It is worth mentioning the scope claims rise time of 7us and fall time of 3us (probably on the low side). Considering the MIDI freq. with about 32us per bit this is short enough not to have false readings. The MIDI signal goes to an Atmel AVR and from testing I did right now it seems the messages are going through clearly. I agree that this is not the optimal device for this task though, and the circuit one would make for it (if he desires) looks very similar to what is contained by the PC900 optocoupler from Sharp. 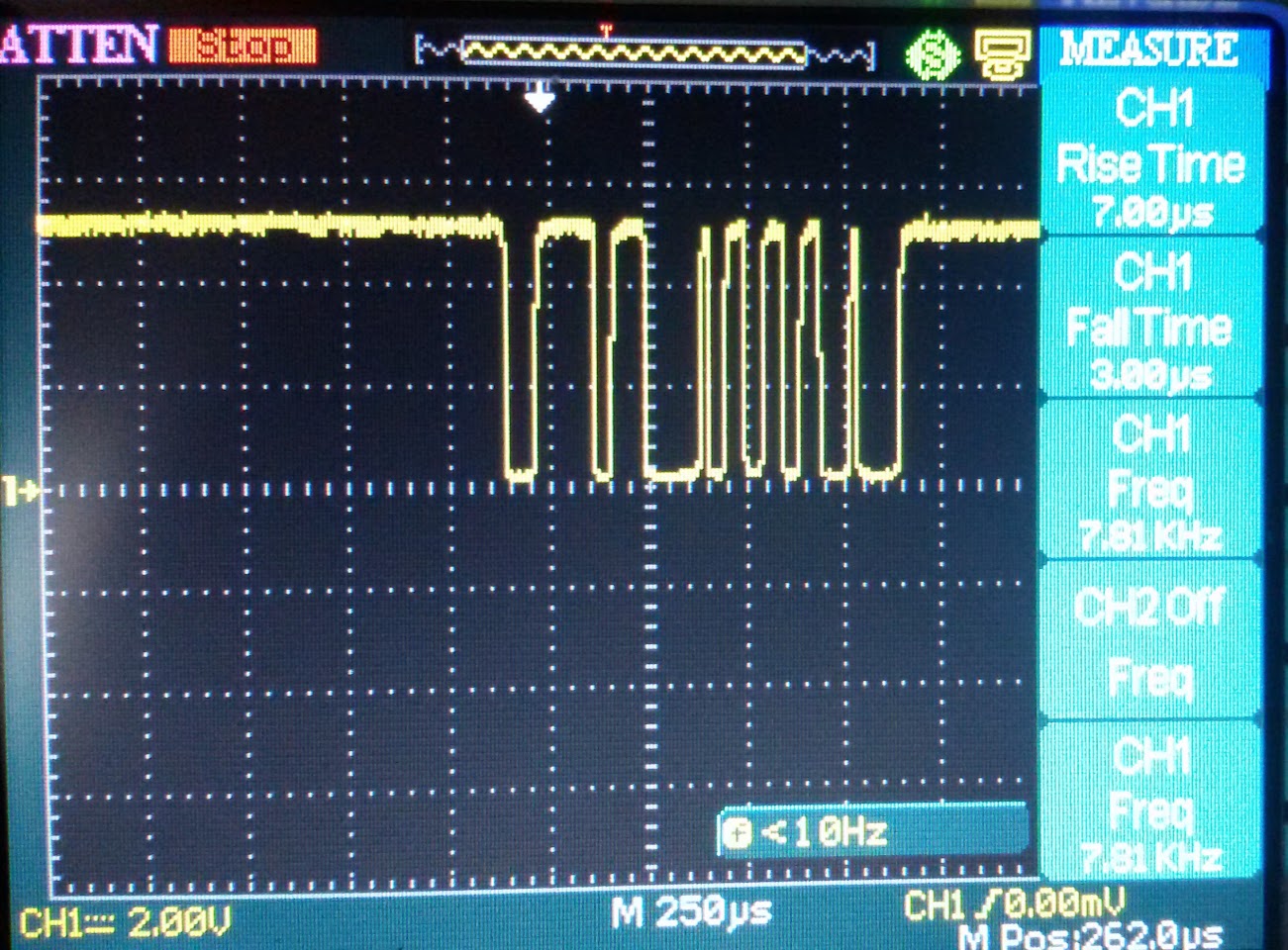 With a current transfer ratio of 100 % (which is specified for 10 mA, so you get even less for MIDI's 5 mA), you cannot rely on getting more than 5 mA through the output. This means that to be able to drop the full 5 V, you need a pull-up resistor of at least 1 kΩ. And this means that you will not be able to switch at the MIDI baud rate of 31250 Hz (and a digital UART signal requires much more bandwidth than a sine wave): 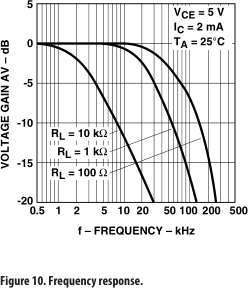 And with a resistor at pin 6, the CTR would become even worse: 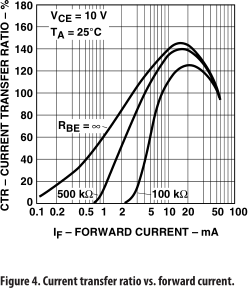 If you really want to use the 4N35, then it is possible to speed it up by adding a transistor as an amplifer with a lower input impedance: 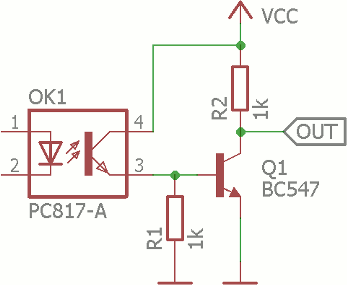 But the simplest method to get the MIDI input to work would be to use a high-speed optocoupler like the H11L1 or 6N137.

I have used 4N35 OCs for MIDI. Fast enough transition from ON to OFF needed ridiculously low series resistor for the output transistor. The output voltage swing was about 0,5V. I added a comparator to make the proper logic output.

Why 4N35 and not some recommended type? Because I had a handful of 4N35's.

Failure with these tests may indicate that the opto-isolator is damaged.

Having the base of the opto transistor based to ground via a resistor is a double edged sword. On the one hand it can help the transistor to shut off a bit faster. But at the same time it makes it harder to turn on which is almost equivalent to lowering the current transfer ratio.

The small sized collector resistor is a huge challenge for a clunky old beast of an opto-coupler like a 4N35. Particularly with the poor current transfer ratio of parts like these.

People always select the 4N35 because it is cheap. But, as they say, you get what you pay for. There are better opto-couplers that offer way higher current transfer ration and have full logic output stages instead of just an uncommitted transistor.

There are some types of opto-couplers that will work better in a digital isolation scheme such as the 6N136/6N137. These offer an improvement over the cheap garbage but can still can present an challenge. In async serial applications I have experienced problems with 6N137's due to the problem of pulse shape distortion due to non-uniform on and off propagation delays through the part. A robust solution is to look for parts that have full output drivers built in to then specifically for digital applications. One example is the part number ACNT-H61L from Avago (now part of Broadcom). These offer performance up to 10MBd and source and sink 3.2mA and maintain good logic swing outputs.

Not the answer you're looking for? Browse other questions tagged opto-isolator midi or ask your own question.

0
LED with opto-isolator does not work
2
Minimize current consulption for MIDI input circuit?
2
Midi input that doubles as gate voltage input
3
Using a MIDI connector both as MIDI In and Out (not simultaneously)
0
I cannot get opto-coupler H11L1 to work as MIDI Input
8
Is this DIN connector suited for MIDI devices?
1
Not debouncing on a MIDI keyboard