According to Faraday's law a changing flux through a loop will create an Electric-field curling around that loop. And if the loop is a conducting wire the current looping will create an opposing magnetic field as below(Lenz): 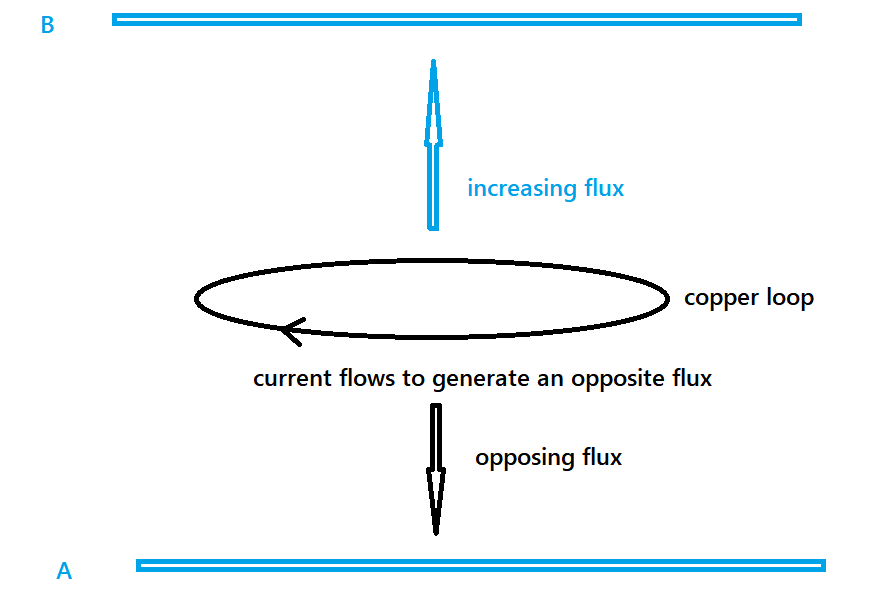 But what if there is no wire and no current but just the circulating/looping Electric-filed around an imaginary loop? Would that Electric field generate an opposing magnetic filed as well?

Edit: WARNING: Some of my descriptions may be false.

To the second part of your question: The changing magnetic field will indeed create an electromotive force around that invisible loop, but if no current is flowing, opposing magnetic field WILL NOT be created. This is the reason why the magnetic field isn't being "consumed" but will radiate outwards indefinetely or untill getting into contact with some electricaly charged particles.

Not the answer you're looking for? Browse other questions tagged induction or ask your own question.