Linear regulator GND pin MUST be connected to common ground?

I'm trying to make a constant current source of 2.1A which will operate around 1.7V.

I did some web searching, and I decided to use linear voltage regulators; simply put a adjusting resistor between the voltage outputs, and connect my load between the cathode and the ground: 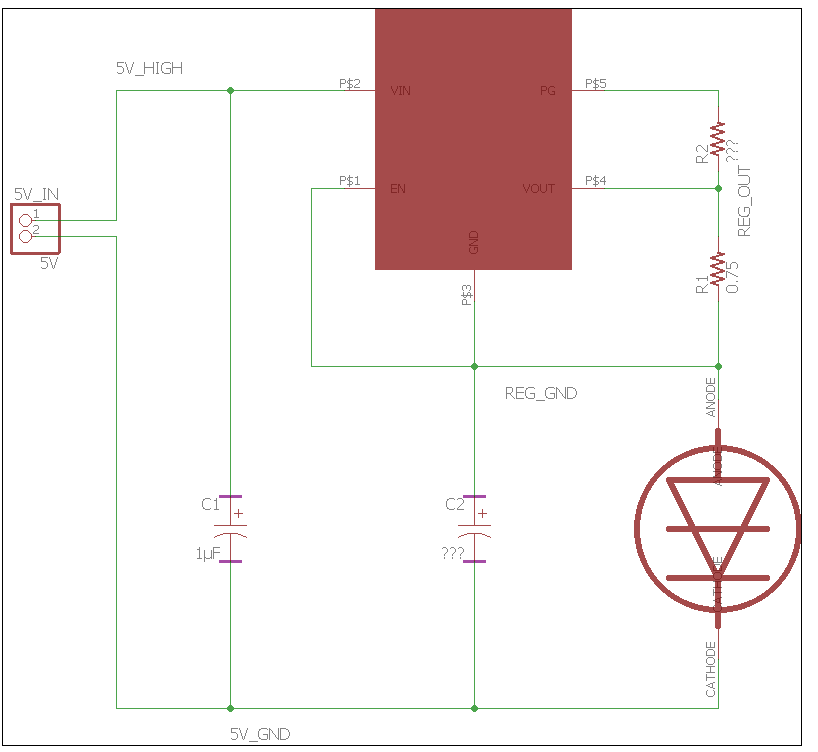 However, I found that some regulators have GND pin, while others have ADJ pin; I believe that the output voltage indicated in data sheets refer to the voltage difference between OUT pins and either of those pins.

For those which has GND pins instead of ADJ pins, must I connect GND pin to the same ground of the input voltage? I've seen some examples with regulators with ADJ pins that had the ADJ pin voltage above the common ground voltage (ex LM317), but I'm not sure it would apply the same to regulators with GND pins.

If so, how would I make a constant current source out of them?

Generally linear regulators can be used in various modes which are not quite as the original developer envisioned, including as current sources.

However, what the "third" pin does is rather less defined in some devices than others. When using it the way you indicate, you must remember there is a bias current that emanates from the "ground" pin. Basically the quiescent Icc of the device.

This bias current will of course be driven through the load in addition to whatever you have set your regulator circuit to produce. You must therefore compensate your values to take that into account. How much ambient current that is will depend on a the device and a number of variables that may or may not be well specified, or even controlled in the device itself.

Furthermore, if the load is a fixed load, using a voltage regulator may work for you, however, I'd be cautious if the load varies, or is switched on and off, since this will also affect the bias point of the regulator and it may become quite unpredictable.

LM317 has a large drop and will get hot.

Consider a 3.3V source from ATX supply and this or equiv. 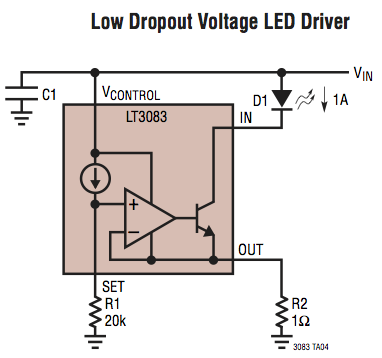 I'm trying to make a constant current source of 2.1A which will operate around 1.7V.

Depending on what parts you have avail, there are many ways to make a CC source or sink. and exactly what your load equivalent cct. 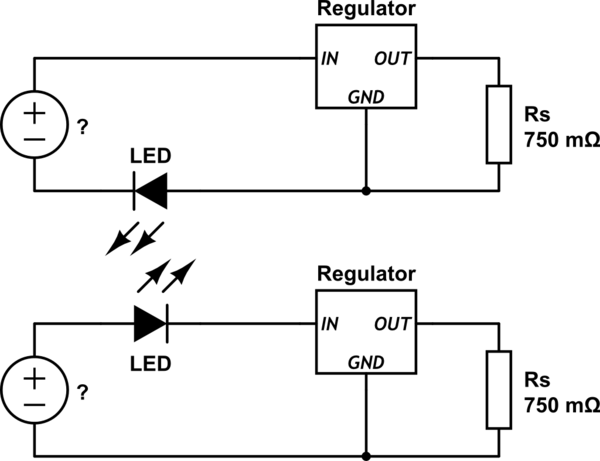 A voltage source is a short with a voltage across it. See how you can move the LED across the voltage source without changing anything to the current through it?

From the view of the regulator, it stays all the same. It's just the LED isn't in the return path any more. Does it make a difference? No.

Are your doubts about GND gone?

Not the answer you're looking for? Browse other questions tagged voltage-regulator current-source constant-current linear-regulator or ask your own question.