I'm an electronics hobbyist struggling with the concept of transistors. I made a simple circuit with a PNP transistor based off of a diagram, but don't understand how it works.

From the book containing the diagram:

Look carefully at schematic I. You see there are two paths for the current: one from base to emitter and another from the collector to emitter. The transistor is a PNP type. Notice the base to emitter path is open until you press the key. 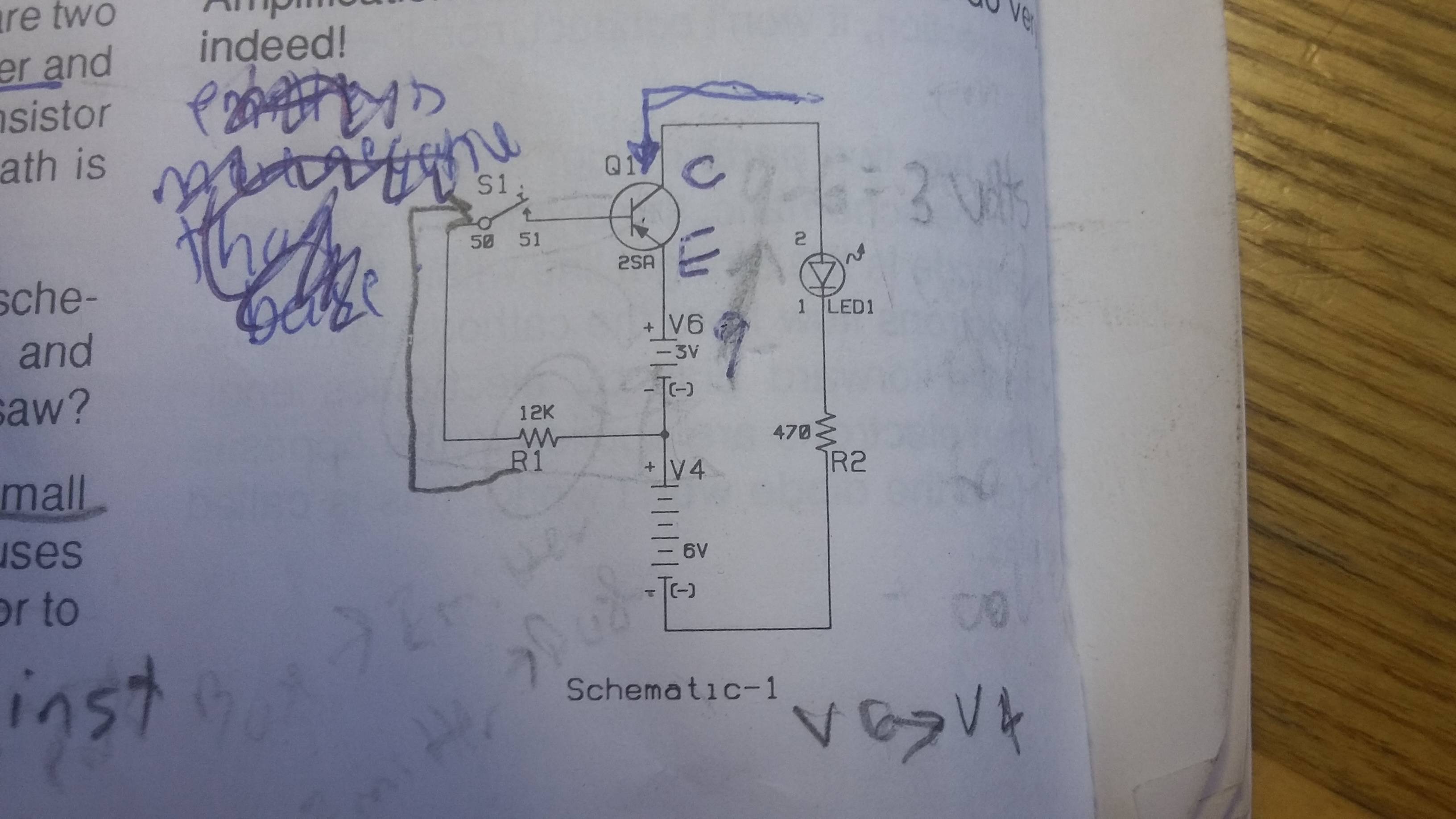 What I dont get is the direction of current flow. I read that current has to flow against the direction of the arrow, but looking at the circuit, how could the LED light up if electrons can only pass the other direction? (opposite the blue arrow?)

Also I would really appreciate an explanation of the values for power sources (3V and 6V); On the board, V6 is 9 Volts while v4 is 6 volts so I'm unclear how they arrived at those values. Really appreciate your help; I've spent hours researching this and still am baffled.

Here's a picture of my circuit board: 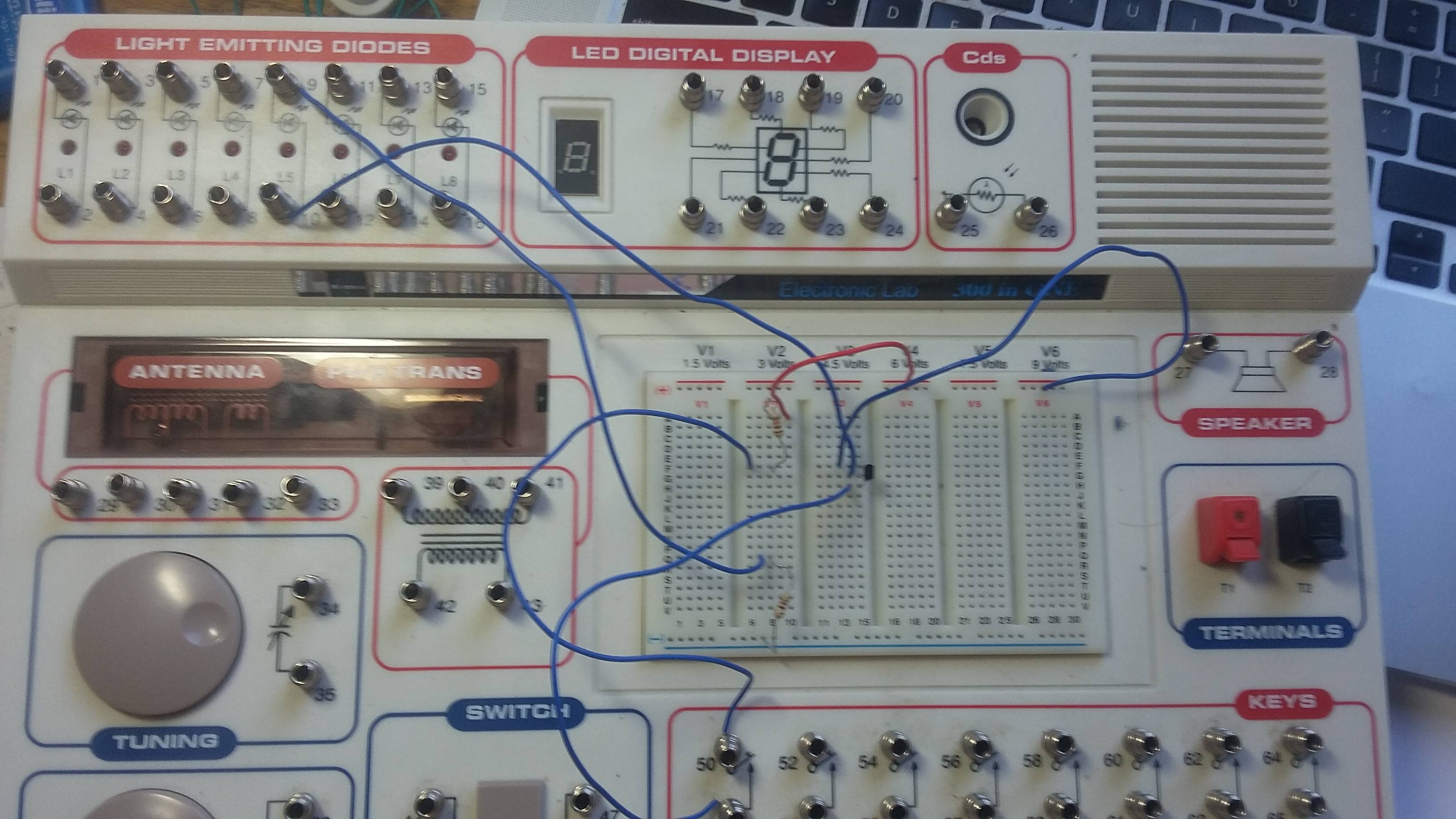 What I dont get is the direction of current flow. I read that current has to flow against the direction of the arrow, but looking at the circuit, how could the LED light up if electrons can only pass the other direction? (opposite the blue arrow?)

Probably your book is trying to teach things in terms of electron flow rather than conventional current flow. In any case, they have drawn their schematic with entirely different conventions than the rest of the world uses. Throw that book away and get one that will teach electronics in a way that will allow you to communicate with other electronics hobbyists and electrical engineers.

"Conventional Current", used by most scientists, engineers and technicians, is a flow of positive charges, from the positive terminal of the battery, through the external circuit, and returning to the negative terminal of the battery. The arrow in transistor and diode symbols (except Zener diodes) points in the direction of conventional current flow.

The circuit in your question is drawn in a very confusing manner - try re-drawing it with the most positive voltage at the top, and most negative at the bottom of the drawing - it may make more sense drawn that way.

6
Problems Getting NPN Bipolar Transistor to Switch On
10
Why can't you go sticking a voltage across the base-emitter terminals in a transistor?
2
What is “pull the collector below ground” and saturation
0
How to connect the emitter of a transistor to the base of another transistor? (PNP)
2
NPN transistor wired correctly?
2
Current direction in a circuit with 2 transistors
0
Help me calculate which transistor I need
1
Need help understanding PNP Base into NPN Collecter circuit for LED Array
0
Help with explanation on this transistor behaviour