Microcontroller and decoupling capacitors on the VDD layer

I have a microcontroller design that is implemented using a two layer PCB. All the components need to be placed on the bottom layer due to the fact that there is a display in the top layer.

In short, I ended up placing all the components in the same layer as the VDD power. The initial design without copper pour intended to be like the following picture: 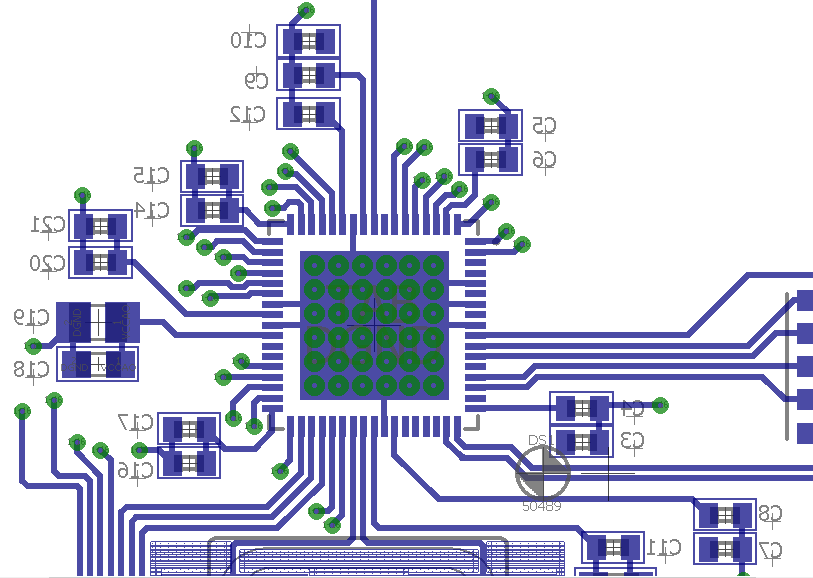 However, after placing copper pours, the result was this: 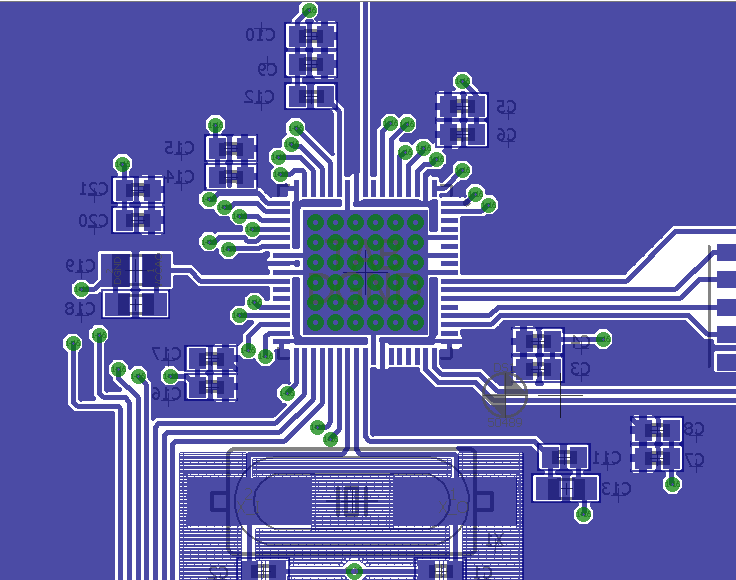 At first thought, I believed that there were no problems at all with the result: The capacitors where near and there were big traces to the processor pin. But as a second thought, I realized that it could be defeating the purpose of the noise suppression capacitors as I was now giving the noise source a low resistance path into the processor's power pin. Therefore, I changed the copper pours to avoid this low resistance path and forcing current to go into the capacitors leads as shown: 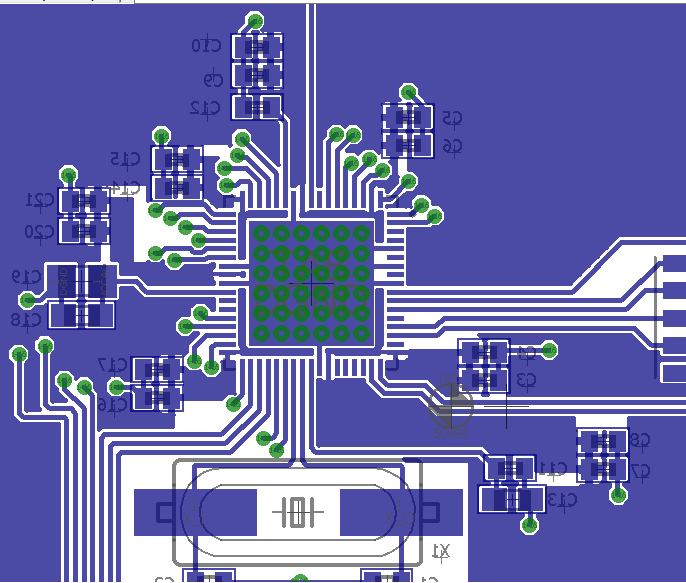 In essence, I'm asking anyone that has expertise in this matter to provide some comments and guidance about this design. Is there anything I am missing? I also don't see any problem with the fact that the processor is in the same layer as the VDD signal; if there is any problem, please comment.

It is indeed a mixed signal plane. Pipe's comments makes every sense for me thus I'm renaming VDDD plane to VDD.

First of all, you don't have a VDD plane (What's VDDD? I'll call it VDD). You have a mixed signal plane.

There's absolutely no problem having the processor on the same side as the VDD copper. If it was, it would invalidate every two-layer PCB I have ever seen. Don't worry about that.

Since you have already made sure that all your current paths are laid out exactly as you want them, I see very little need filling the plane with VDD. From your initial layout, I suggest that you simply route your power traces back to the supply. This assuming you have a ground plane on the other side. Otherwise try to route the power traces close to the corresponding ground.

Not the answer you're looking for? Browse other questions tagged pcb-design pcb-layers copper-pour or ask your own question.