Does a step-down voltage converter draw its maximum wattage

I purchased a step-up/step-down voltage converter to use my 110-120V electronics in countries with 220-240V wall sockets. It's similar to the one pictured below. 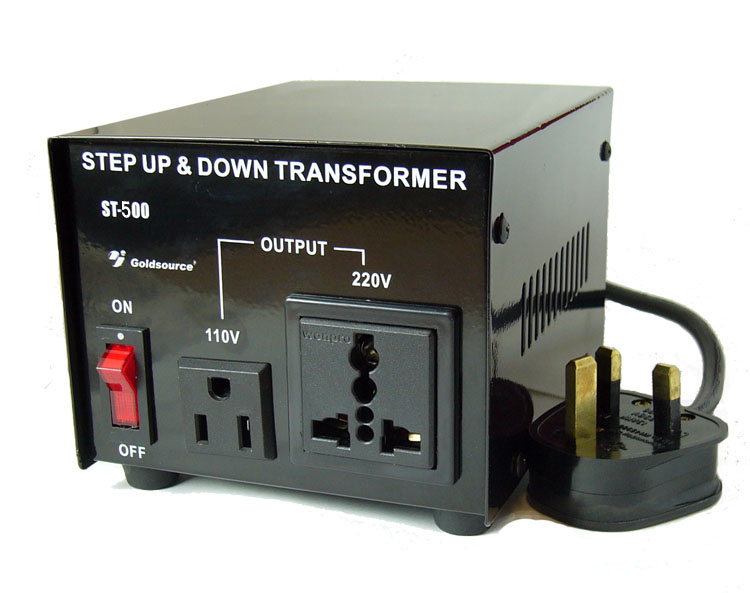 If you have no devices attached to the transformer, it will draw very little power depending on the transformer core design, a few watts at most. When you attach a load then the transformer, as its name implies, will transfer power from the input to the output. It will only transfer as much power as the attached device needs. If the device only needs 200 watts, then that is what the transformer will deliver. The 1000 watts is the maximum power the transformer is designed to deliver safely. You should not exceed that value, probably no more than 900 watts to play it safe.

What power is delivered by a transformer to the load is also taken from the primary AC supply plus maybe 5% more power for the transformer inefficiencies.

With no load connected to the output there is still a residual current taken by the transformer primary and this is called called magnetisation current but, theoretically, this current doesn't constitute a power loss. However, the core will saturate a little bit in no-load conditions and this can cause some power losses.

Also, because the core is basically iron and, because iron conducts, there can be circulating eddy currents flowing in the core due to the induced voltages from the primary winding magnetism. This is why insulated laminations are used; they reduce eddy currents but there is always a small power loss in the iron.

Not the answer you're looking for? Browse other questions tagged voltage mains step-down or ask your own question.