I have a circuit that amplifies pulses and the goal is to measure them with a MCU's ADC in lowest possible power. The pulses width are about 100uS and I am interested about their peak amplitude.

Now I added a HW trigger (comparator) and the plan is to wake-up the MCU, do some conversions, compute peak then sleep. Particularly, I plan to use SAM21L (Atmel) which have some 5uS wake time from a idle mode (not sleep). The speed is not so important, I'll be glad if I can take 10 samples, so 1 at 10uS.

The problem is that I don't know if MCU approach can be realistic, since most of them wakes up quite slowly so pulse can be missed or wrong measured. As can be seen in image, from trigger to peak I have only 40uS or so.

Now I wonder what options do I have? 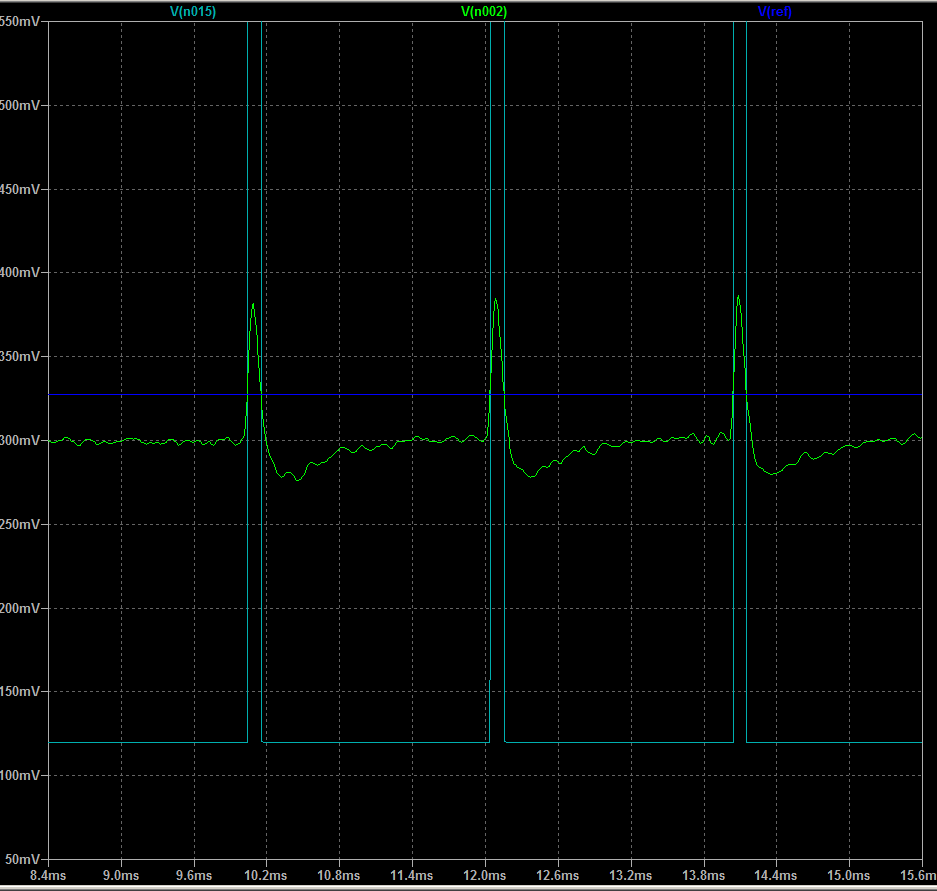 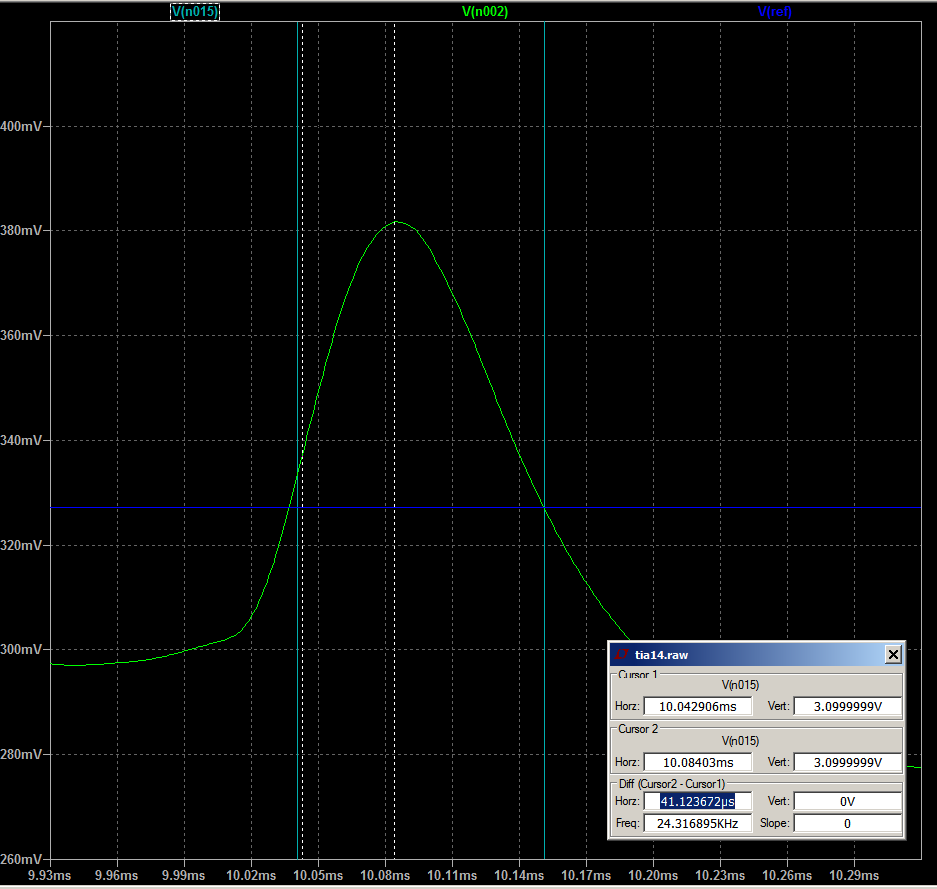 The GREEN trace represents (amplified) signal + some induced noise in first stage. The last stage is a non inverting DC coupled OA, with (+) forced to 0.3V reference for maximal swing to 3V3. The BLUE is my comparator reference, little above reference. The LIGHT BLUE is my comparator output which I plan to use as trigger for MCU.

The tolerance for measuring is not so tight, I just want to measure the peak. Since the MCU will consume much more compared to amplifier, the trigger is supposed to wake-up, do some burst (blind) conversions up to 100uS, then store one result as peak found.

Overall, the peaks are non-repetitive (great idea to predict) but luckily, the normal periodicity is slow, one per minute or so (particle detector). However, in practice can appear multiple pulses in bursts and I need to count them, so I presume that pulses will come next to each other.

The S&H idea or rectifier, came up in case MCU isn't able to respond fast enough.

I'd love to learn of another, though. So if anyone knows of one, please let me know.

They can also be purchased with FRAM, which means very low power operation and can be written to "forever" just like RAM, but with the non-volatile nature of flash. You might want to consider an FRAM version here.

As an added consideration, not necessarily related to the MSP430, you can also consider synchronizing with software in order to "anticipate" when the next pulse will arrive. Then adjust each time based on new info collected to set the next start. Use PID control loop for this. (If this is a periodic signal that can be predicted.) I do this routinely when writing zero-cross software to examine the mains power line. Each recognition of a pulse can be used to improve the prediction for the next one and, if you know an absolute minimum duration a priori, you can use that to make this work well.

2) Use analog switch and Comparator between (+)Vbuf and (-)Vcap with Vout to Gate (A.Sw)

3) Use low Iin Buffer on Cap to ADC

4) Use above 3) out to comparator using Vcap/2 as Ref and slice for Gate signal that may be used to 1shot cap reset or wake uC.

Not the answer you're looking for? Browse other questions tagged adc sample-and-hold or ask your own question.