I am designing a phase control circuit to control a Single phase AC induction motor. In the circuit 50K potentiometer is used in series with 10K resistor to control the the phase angle of the signal. But my need is to use 10K potentiometer. So I decided to use 10K pot with 50K resistor. But I have a doubt that interchanging a value of pot and resistor might affect the performance of the circuit.Please clarify this doubt. Any other suggestion are welcome. Thank you. Sorry for crappy images. 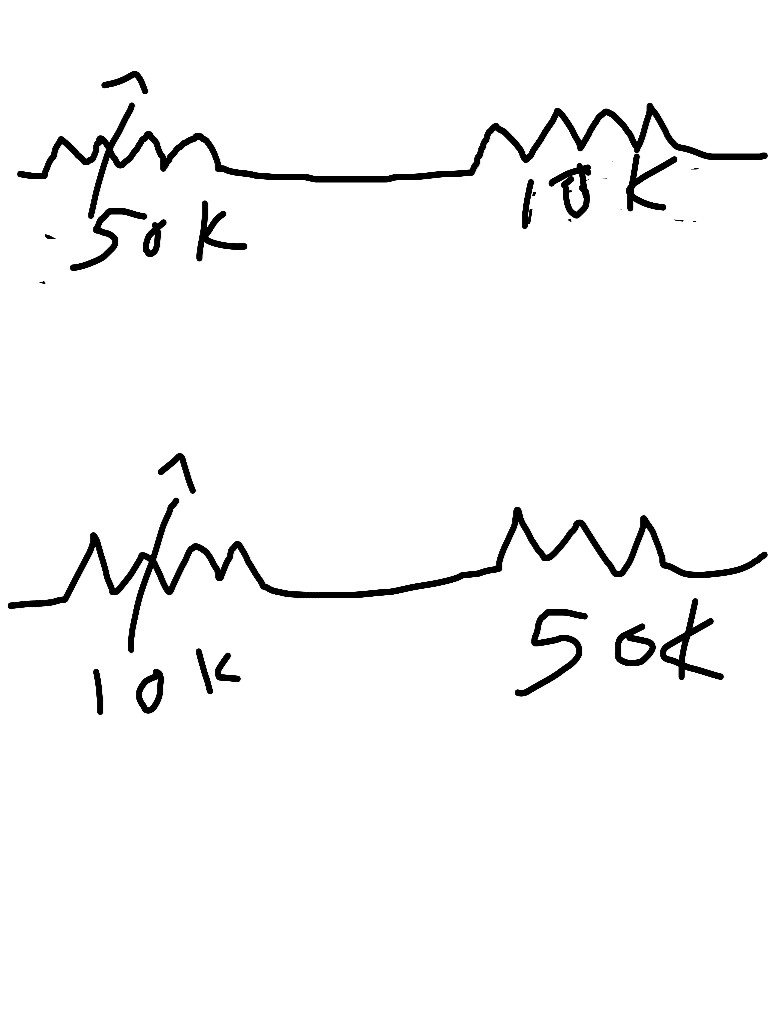 What you have drawn is not a potentiometer circuit. It is a variable resistor and a fixed resistor. A potentiometer has a third connection that is movable from one end of the resistor to the other.

You have not shown anything about the circuit that is connected to the circuit shown. With either a potentiometer or a fixed resistor, what happens when the resistor or potentiometer is adjusted is partly determined by the remainder of the circuit. If the remainder of the circuit is known, it is possible to calculate the effect of changing the values of the components shown. With the information given, all that can be said is that changing the potentiometer or variable resistor value will result in performance other than what was originally intended regardless of what value is used for the fixed resistor.

Not the answer you're looking for? Browse other questions tagged current potentiometer or ask your own question.