Push on off circuit using transistors

Im a very beginner to electronics. Im trying to build a simple circuit with push on off latch button. Means if we push the switch first the led should on, again push it should off.

So when in search I got a circuit as shown below. But its little different from my requirement. My requirement is like there are 5 switches. When ever a switch presses the corresponding led should toggle. Also the worry is if we hold the switch to the on state for some seconds, does it toggles quickly. if so how can we avoid that. Like even if we hold the switch it only should toggle one time 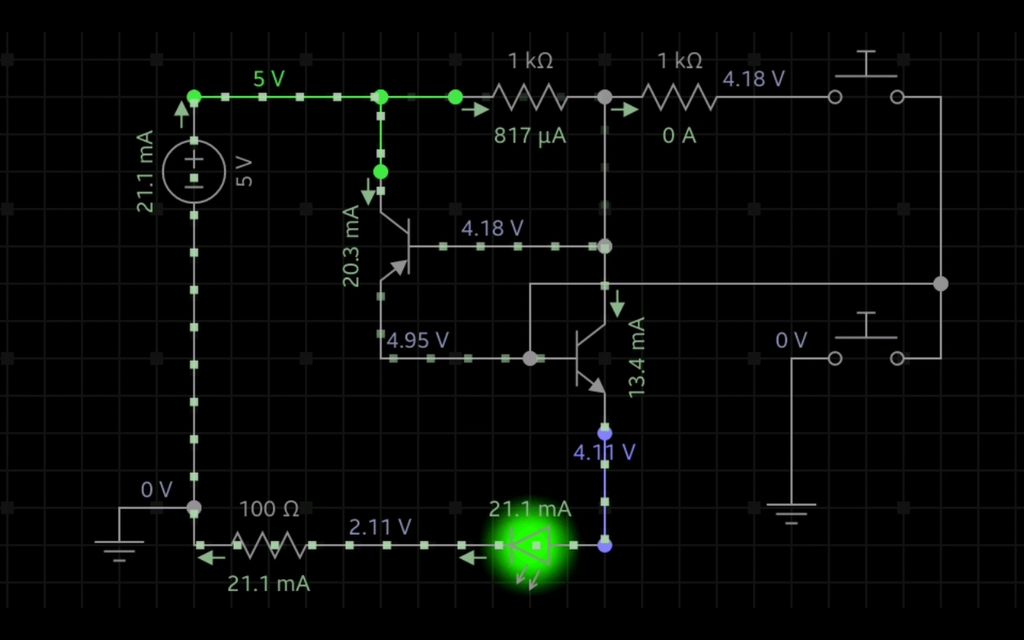 So if first switch presses, it should turn its corresponding led if the led is off. Same way when the second, second led should on (if its off). 3rd 4th 5th are same. So when 1st again press the first led should go off. Requesting kind help.

Also a very dump question. In circuits there is marked ground?? So if a battery power circuit, what is mean by ground???

What you need are 5 bi-stable switches, something like the T flip-flop (well, not exactly but similar).

You can do that with either:

Note that, in order to create a logic input from a switch, you need a pull-up and pull-down circuit, for instance using a resistor as pull-down and the switch as pull-up: 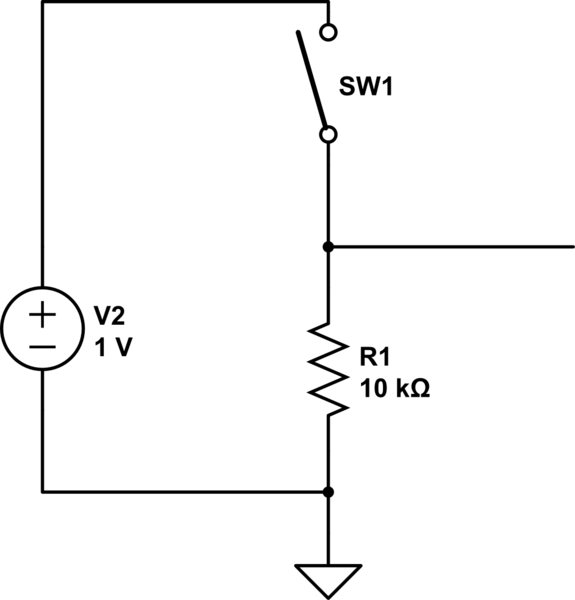 So if a battery power circuit, what is mean by ground?

Ground is taken as the zero reference. Very often it is the battery negative. See my answer to positive vs negative, power vs ground, flow direction for some more ideas on this topic.