Could someone shed some light on a working principle of this Electronic Throttle Body from MagnetiMarelli? (Found in BMW R1200GS motorcycle).

Seems to be contactless feedback via the 4 tiny pins. The two big pins go direct into the motor.

Can't measure the resistance on the tiny pins, as it floats. 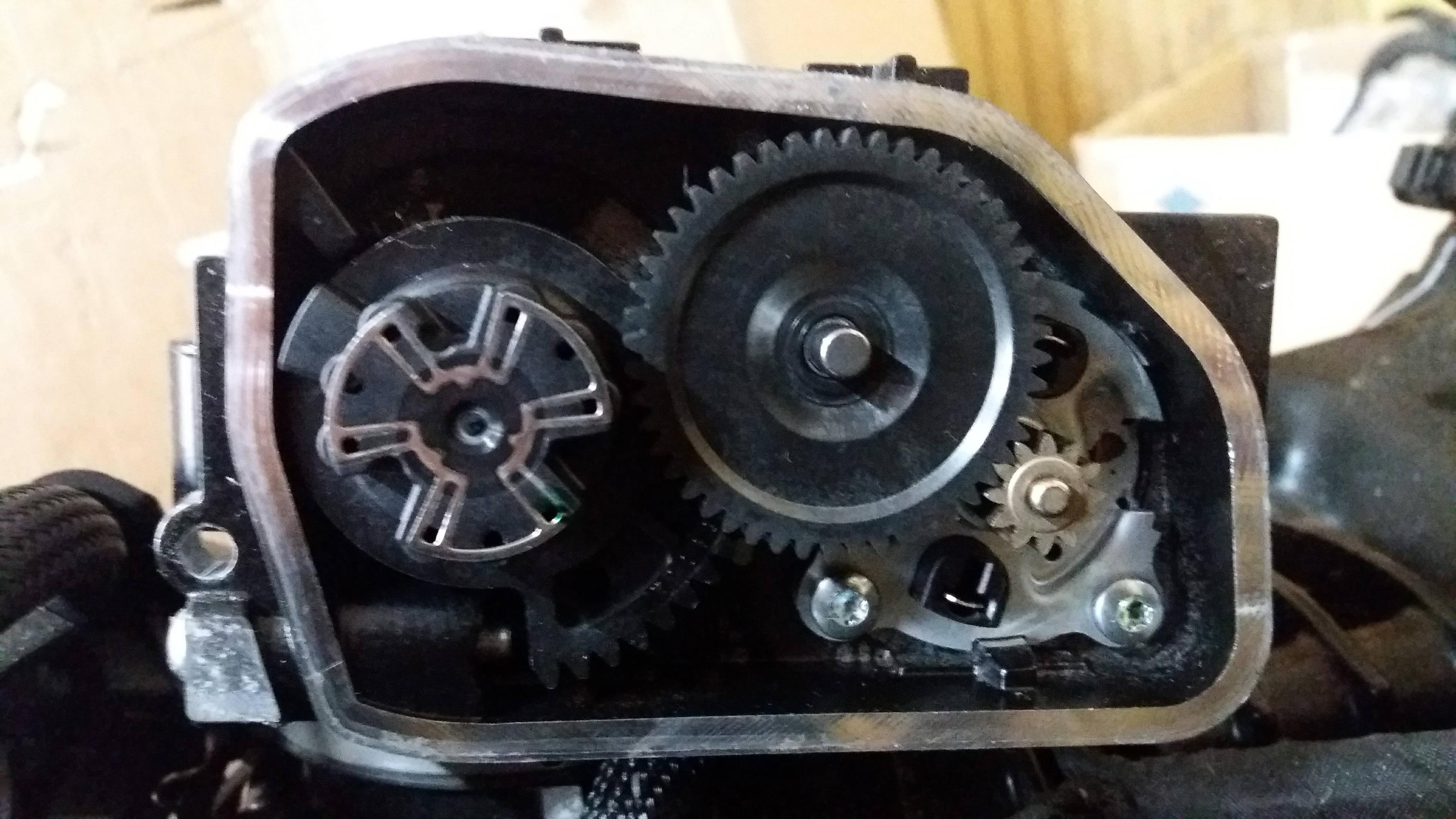 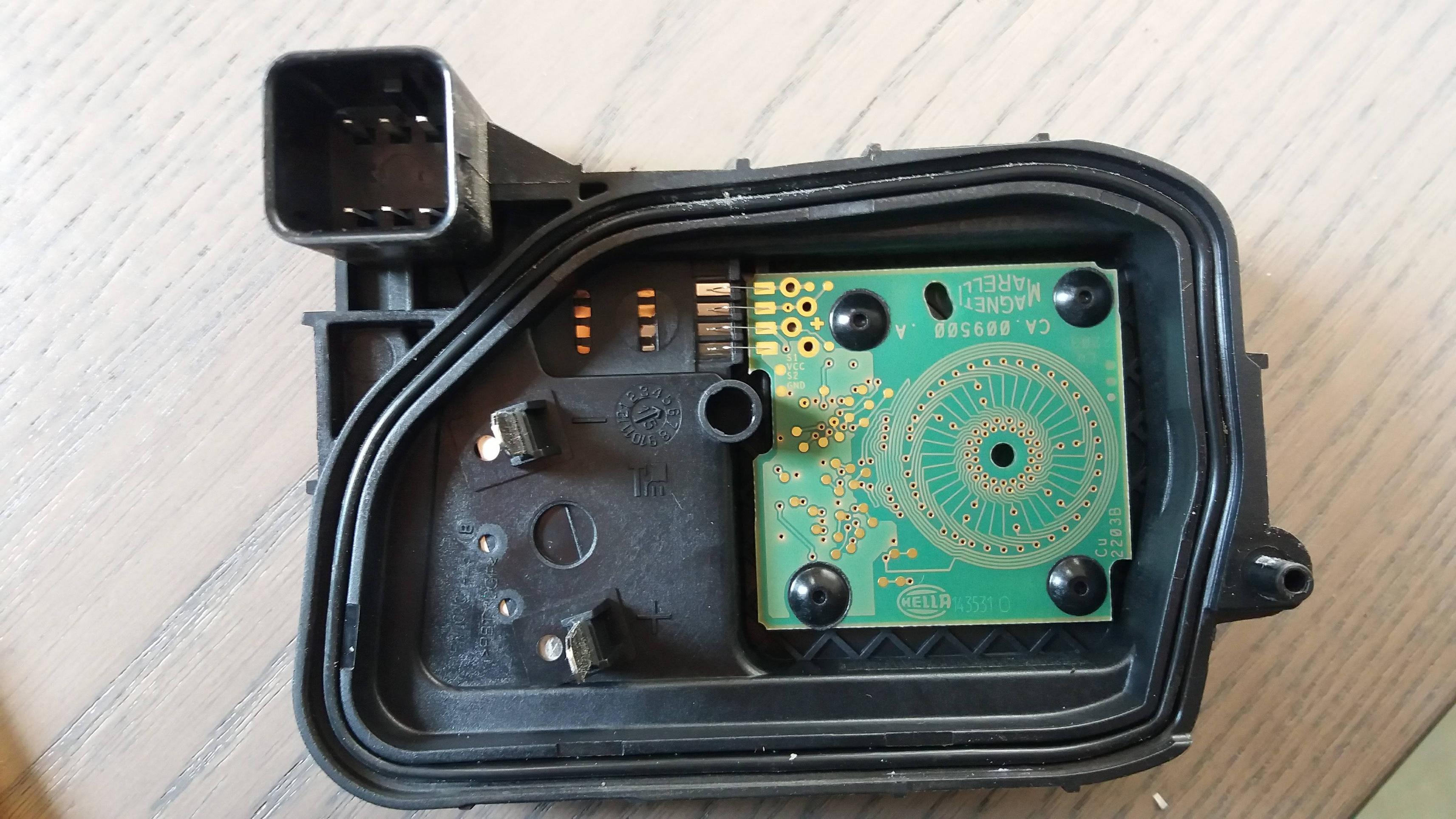 Looks like some form of capacitive or inductive rotary encoder to me.

Presumably some common signal is coupled into that six segment yoke through the four turn outer coil on the PCB which then couples back to the radial segments on the PCB via the spokes on the wheel.

Hard to tell if it's capacitive or inductive though without seeing what is on the other side of the board and maybe a scope trace if two, but my $1 is on capacitive.

Either way, I'd guess those four pins pass quadrature position information though the S1 and S2 pins.

Did some research on the nature of this sensor. It is inductive. The working principles defined in this thesis. 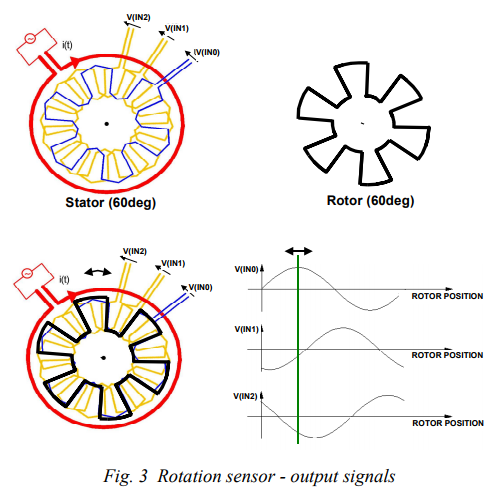 The chip itself is from HELLA (“CIPOS®” - Contactless Inductive Position Sensor) 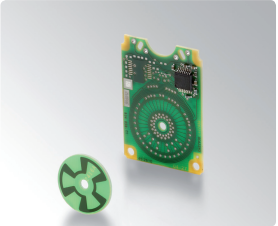