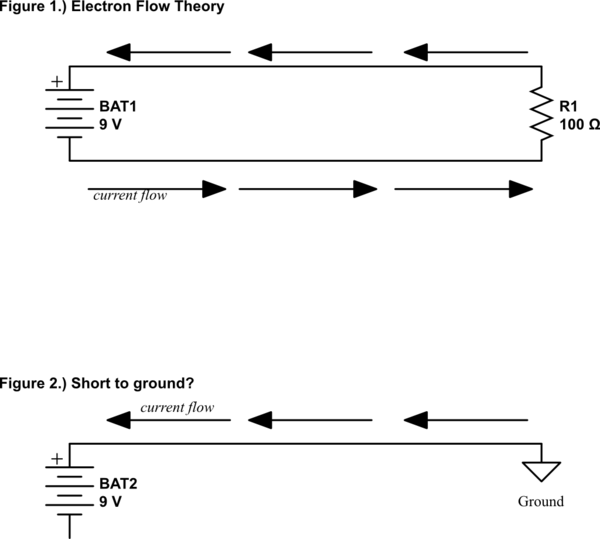 Electrons are flowing from negative to positive when there is a connection for them to flow. You can also think of it as "holes" (or the absence of electrons in an atom) flowing from positive to negative.

Because of historic reasons, we generally think of conventional current, or the "holes", rather than the actual electron current. You are correct that the positive terminal just "pulls negatively charged electrons."

There is also no magical node called "ground." We simply assign a point that is easy to keep track of to refer to as ground. In a circuit, you could refer to the positive terminal of the battery as ground, and simply be working with negative voltages (though it would likely cause some confusion for others interpreting your work).

In your figure 2, there will be no current flow, as there is no complete circuit - the negative terminal of the battery is not connected to anything.

"Ground" has no magic properties - it is (for most circuits) just the point in the circuit that we choose to call "Zero Volts".

Please try to forget about electron flow - most people speak in terms of conventional (positive) current, although we are aware that, in most materials, current is actually a movement of negative charges. 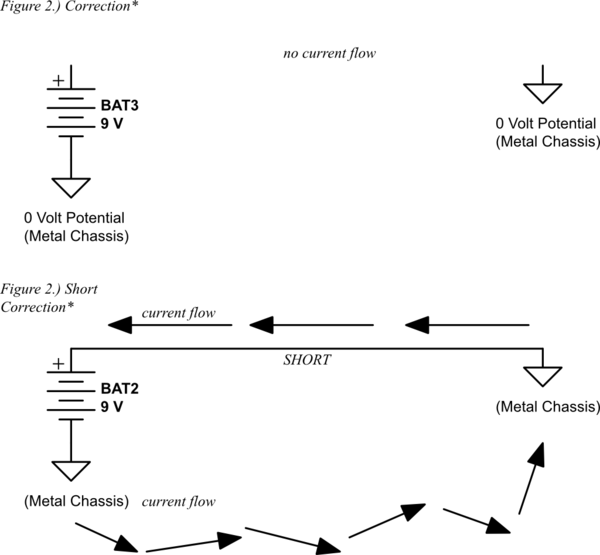 7
How does current flow through a voltage source?
3
How exactly does a capacitor discharge its charge?
2
Why do cables and batteries have a positive and a negative side?
4
So which direction do electrons really flow?
2
Confusion about current flow
0
Does current flow between a positively charged conductor and a neutral conductor?
0
Why doesn’t voltage drop to 0 when a capacitor becomes fully charged?