How to repair ripped off solder pad

So the left button of my mouse was broken and I wanted to repair it by replacing the switch. But when I took the switch off the solder pad came off too. As you can see in the picture below I tore it off clean. Is there anything I can do to save and fix this? 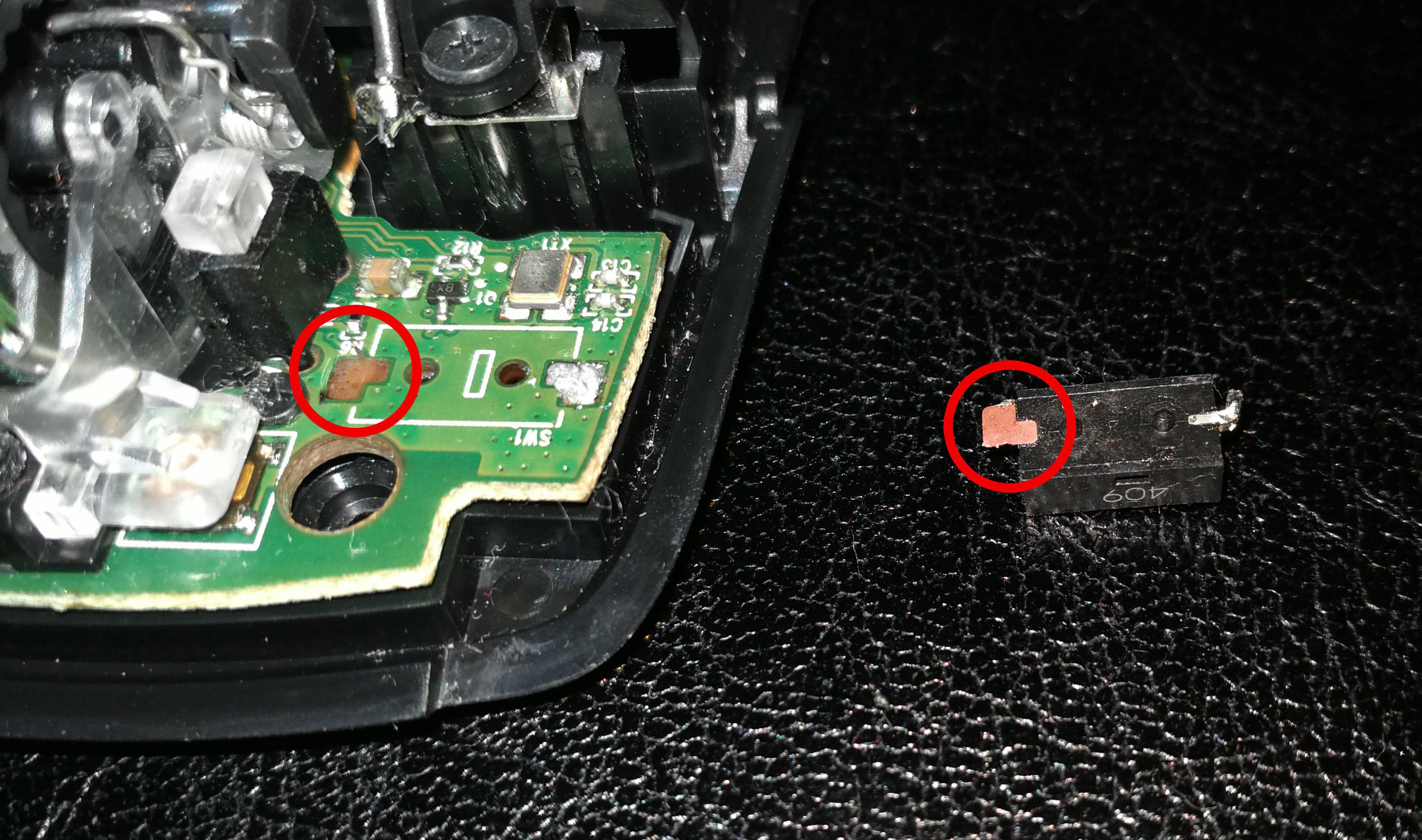 For the record I am a beginner in soldering so I am new to many terminology and methods. Thanks!

As @DigitalNinja says, solder and crazy glue would do it. Perhaps get a hand lens, or one of those lighted magnifier strap-ons. so you can see close up.

It looks like the trace leading to the missing pad is going through the white letters "R6", then dives into the board through a small round "via." Use the back of a razor-knife to scrap all the green soldermask off this trace and via. Don't scrape off the copper.

I'd try first gluing down the torn-off pad in its original place. (Carefully unsolder it from the switch, without bending it, then glue it down using a tiny droplet of crazy glue.)

Then, use solder to "tin" the scraped copper trace, then solder a tiny wire from the glued pad to the trace. Finally, solder in the new switch.

Normally it's a very bad idea to glue down a component, but for a heavily-used button you might consider it. Crazy-glue under the switch body after it's soldered, since the copper pads are the only thing holding it down, and they aren't as strong as before. (Otherwise, glue parts down with silicone caulk, which doesn't prevent later removal.)

If the trace leading to the pad is accessible, you can use an X-acto knife (or a similar precision blade) to carefully scrape away the solder mask and expose the copper trace. Then you can either use a small bit of wire or a solder bridge to repair the connection to the switch. After you successfully test the repair, you can finish it off with a small dab of superglue to hold the wire and/or switch in place.

4
How to re-solder fine broken flex cable connection to pcb
5
Removing solder effectively
0
Electronic soldering and repair for a newbie
2
Damaged Solder Joint?
10
How To Repair Ripped Off Solder Pad On PCB
4
How to reconnect to potential of ripped off solder pad without visible circuit traces
2
Repairing burned PCB traces for 220V. Is it safe if I don't know why they burned?
1
Noob soldering help: test pad repair