In the past I have used nRF51822 to make small low powered devices for projects. I have used allready made modules from china (WT51822-S2) and programmed them using mBed. It was really easy but not really professional. 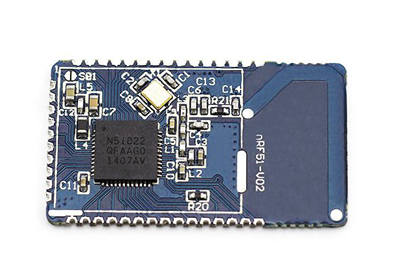 Now I would like to learn how to program it in Keil and make a costum PCB. Without the module, but with my own, costum solution. The problem is that I do not have that much expiriance designing PCBs, let alone antennas. I've read on a different post on this page that you can't just copy someones design and expect it to come out good.

I've found online that there is a possibility of putting a chip antenna. There are examples on how to use them in their datasheets (on where to position them and how).

Is it possible to just make a centimeter long line (as shown on the picture above), put capacitor in paralel, inductor in series and after that just the chip antenna and not all that components between like shown on the WT51822-S2 module?

Component values (L and C) I just plan to thake from the NRF52832 reference design below. Also, I dont need range further than 4 or 5 meters. 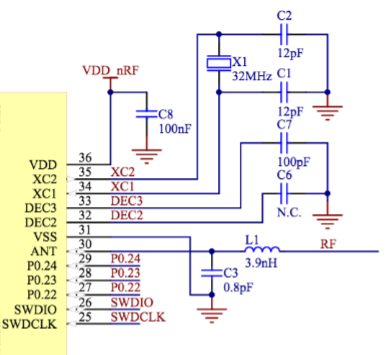 23
Via fences for noise reduction of a chip antenna?
4
How to select a 2.4GHz chip antenna for a space-constrained environment?
0
PCB layout for chip antenna
1
How to calculate Pi filter for RF with PCB antenna - Nordic nRF52832
0
Please help identify the positive and ground for BLE antenna
0
BLE chip antenna matching
1
Is a dedicated bandpass filter chip really neccessary for the BLE antenna of STM32WB?