Mechanical principle: it's basically two squares, one smaller than the other. The largest square hits an obstacle making the magnets move past the sensors, and the movement shall stop.

The hall effect sensors goes low then the magnet is near.

Electrical Principle: My design idea is to wire the four sensors parallel with a resistor on each output pin.

In normal state the resistance would be small and a low voltage drop will appear. But then one magnet is out off range from the hall effect sensor, there will be three parallel resistors which will give a larger voltage drop.

I'am using a window comparator(good old LM324) to check the voltage and turn on a solid state relay, which turn on a power relay(controlling the movements).

The idea is that the 10k resistor should be mounted at the sensor, making it possible to detect short circuited wires(GND/10V to output) 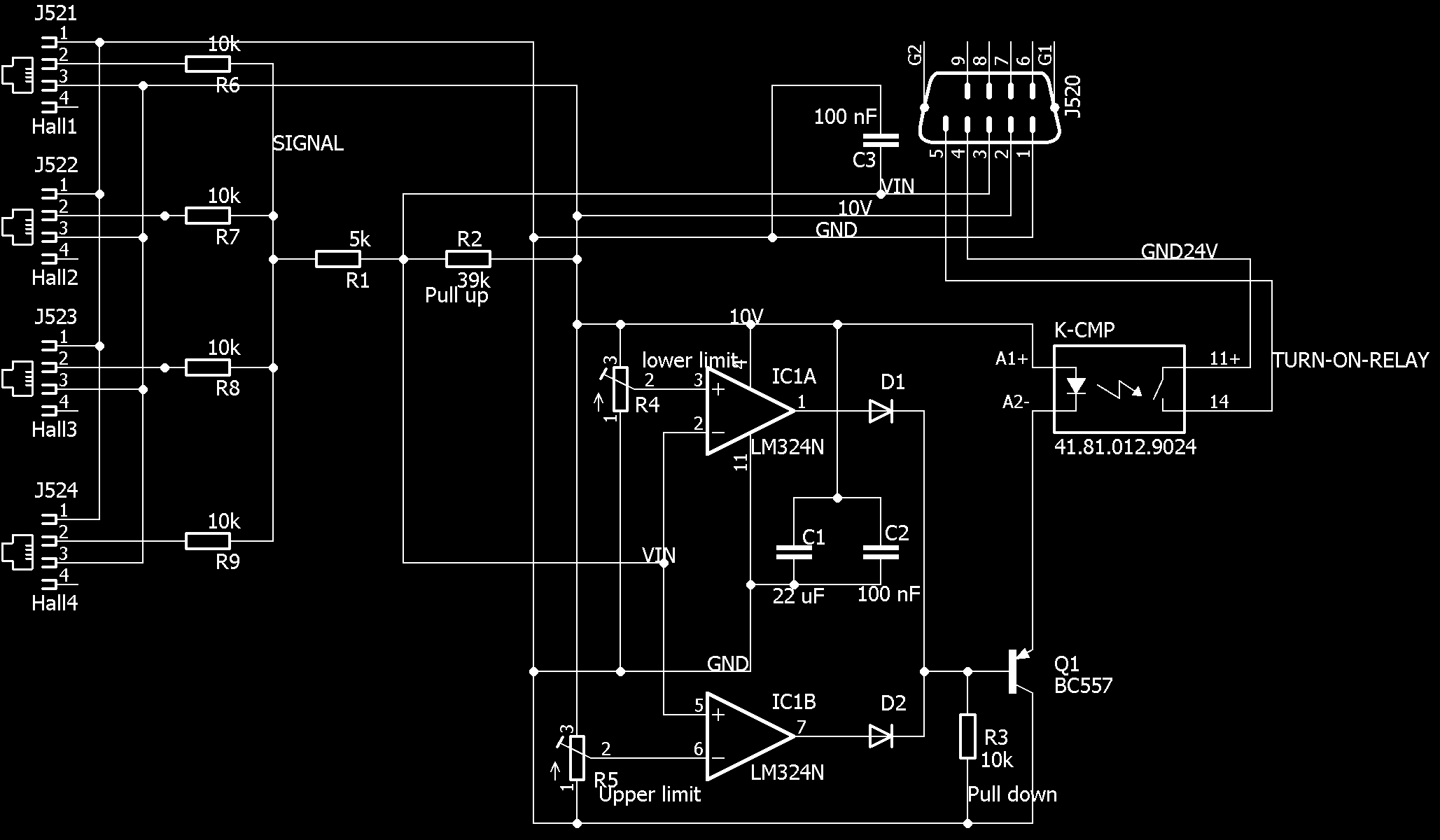 A few comments as I scan through the schematic:

The following table shows calculations show the percentage of V+ (10 V in your case, I think) at the junction of R6, 7, 8 and 9 for the various combinations.

You can see that decreasing R2 to 10k and shorting out R1 will result in much higher differences. 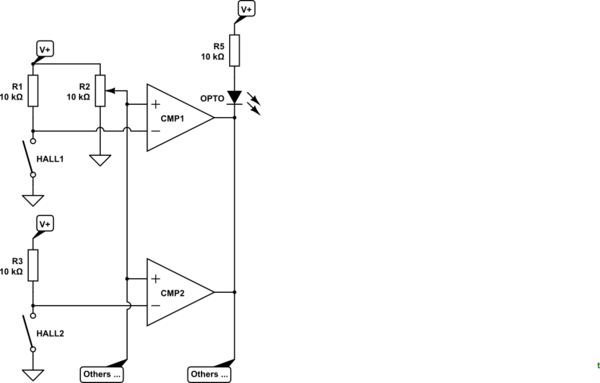 Not the answer you're looking for? Browse other questions tagged resistors analog circuit-design hall-effect or ask your own question.