Multiple MOSFET based AC switching circuits on the same supply

Each switching circuit on it's own works exactly as intended but when placed together on the same +5/GND bus each circuit interacts with & partially activates the others.

My current theory is that some transient voltage is making it back through the circuit somewhere to the gates of MOSFETs that are meant to be off.

The best I can describe the symptom is that when switching circuit A is 'on' and switching circuit 'B' is off, the load connected to the switched live on circuit 'B' buzzes at 50Hz, I assume getting a half wave of AC power. One of the MOSFETs in circuit B also gets extremely hot implying flow either backwards through the diode or through the gate.

I've included the circuit diagram I'm working with, the opto isolators are controlled by an IC but I've simplified that side of the circuit to a connector as I've powered the optos with other means and still had the same problem.

Is there an obvious solution I'm missing? I feel like I'm doing something stupid. Any ideas how I could better isolate the gates from each other?

Some clarification of the circuit if you need: 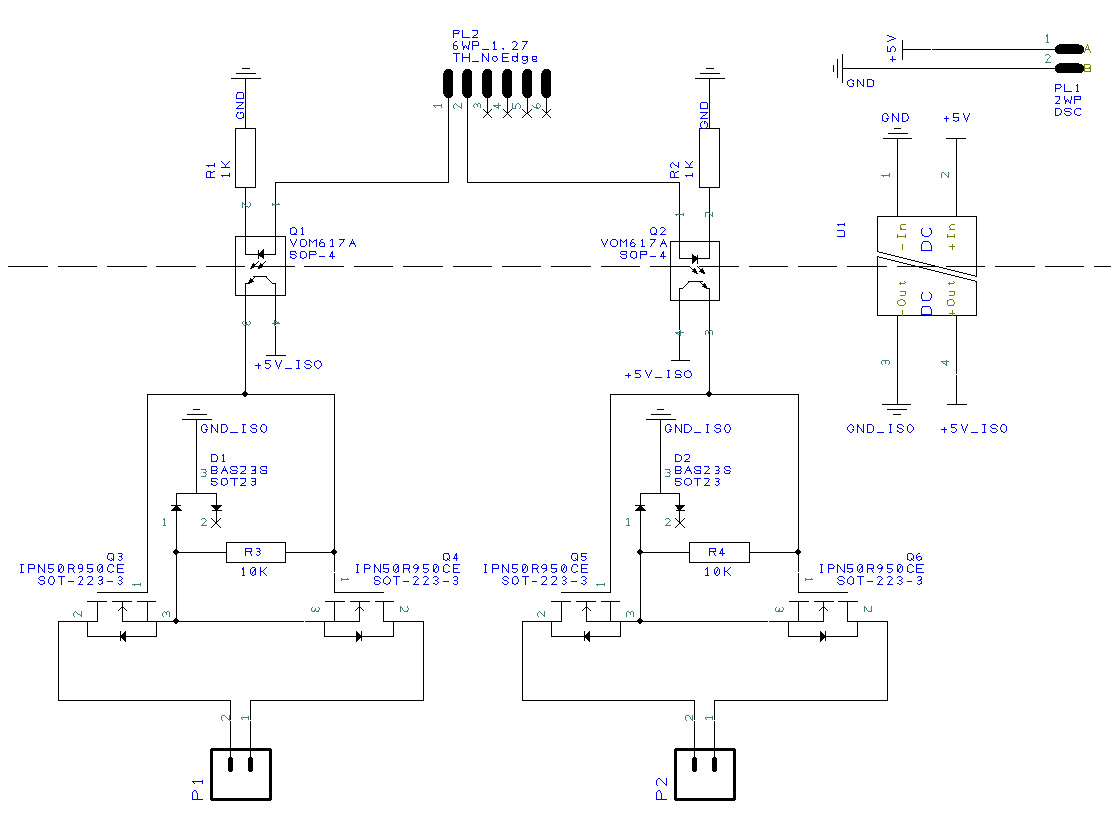 John Birckhead has answered your question correctly, I think.

You may be able to solve the problem, eliminate the isolated power supplies and simplify your circuit using a photovoltaic MOSFET driver. 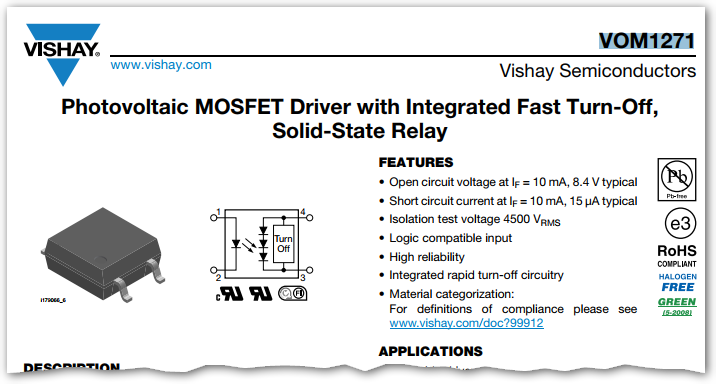 I haven't studied this and would be interested in comments on performance of these devices.

When the circuit is off, q3 and q4 are off. When you turn on P1, the sources of q3 and q4 are riding on the 220V power line, and the gate is (power line + 5) volts. This means that GND_ISO and +5V_ISO must also follow the power line, taking Q5 and Q6 with them. Whatever your load is remains referenced to neutral, so Q5 will have high gate-drain voltage in the wrong direction or just act like a rectifier through Q5 body diode if D2 is not present.

You will need separate isolated supplies.

You need separate DC-DC converter for each AC switch.

5V supply for the gate is low - your MOSFET has 3.5V gate threshold, and the optocoupler will drop some. Working near the threshold, when you want switching is not a good idea. Better choose 12V DC-DCs.

A better gate driver would be useful, even made with discrete components. 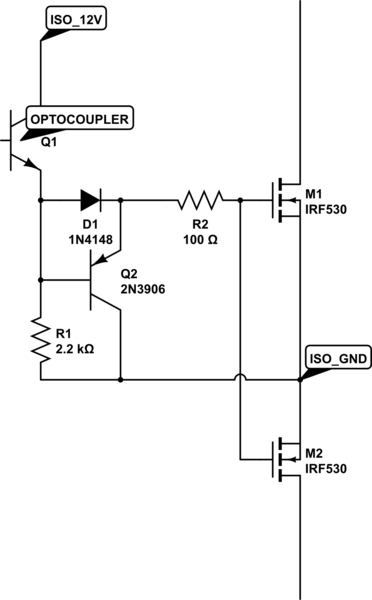 Not the answer you're looking for? Browse other questions tagged voltage mosfet ac switching transient or ask your own question.

2
Switching 120V AC with Digital Logic on Isolated Power Supply
0
Which options exist for switching the polarity of an output with low leakage?
2
How do I drive a MOSFET working under high voltage while keeping it insulated from the rest of the circuit?
1
How can I convert very high, fluctuating, AC voltage to 240VAC at 50Hz?
0
MOSFET inverter switching losses/events - 3-phase motor
0
What is the correct way to use voltage from multiple sources?
0
How to fix my simple MOSFET power switching circuit?