I have been told that I can take part of a complicated circuit and find the Thevenin Equivalent in order to simplify it. What I do not understand is how I can determine the voltage and current at a particular point without including the resistance from the component that I do not include.

If I have a load and I want to simplify the rest of the circuit not including the load and I treat the load as an open, won't the voltages and current be different once I include the load?

With me so far? You've converted the original voltage source and two resistors to a new, equivalent source and a single equivalent resistor. Use the formulas you've been given. 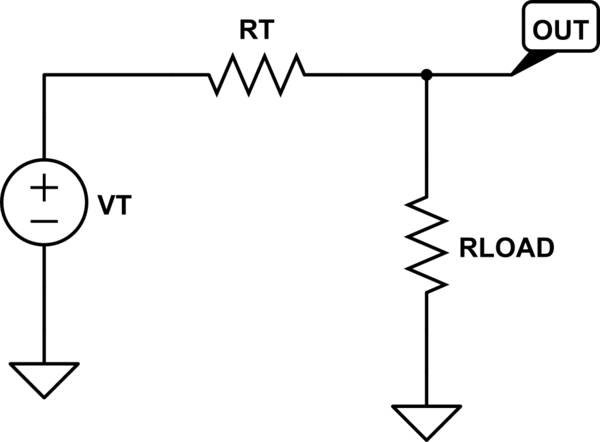 A Thevenin source is independent of the actual load. Put another way, it's a way of describing what you get for any load.

Simplifying something to a Thevenin equivalent (assuming it can be at all) has nothing to do with the load. However, it can be useful pretend certain loads to help derive the Thevenin parameters. Keep in mind that a Thevenin source only has two parameter: The voltage source voltage and the series resistance.

Not the answer you're looking for? Browse other questions tagged circuit-analysis thevenin or ask your own question.