I'm a mechanical engineer who's recently gotten into electronics, and I'm a tad stuck with this new design I'm working on.

The idea is to have two separate batteries powering two separate lines, but if one battery were to cut out, the other would take up the supply of both loads. (Table in image with L A and L B being loads A, B).

The circuit I have now is using depletion MOSFETS for their normally open mode of operation. I've been having trouble finding good info on depletion MOSFETS, and have a feeling that my circuit isn't quite right. The resistors might not have to be there, and may actually have to pull to ground, but again, my understanding of depletion MOSFETS is shaky.

The idea behind the circuit is that when the battery is active (let's say B2), it turns off the normally open MOSFET, and supplies it's own power to load B. But if B1 is off, Q1 is open, so power can flow from B2 to Load A. 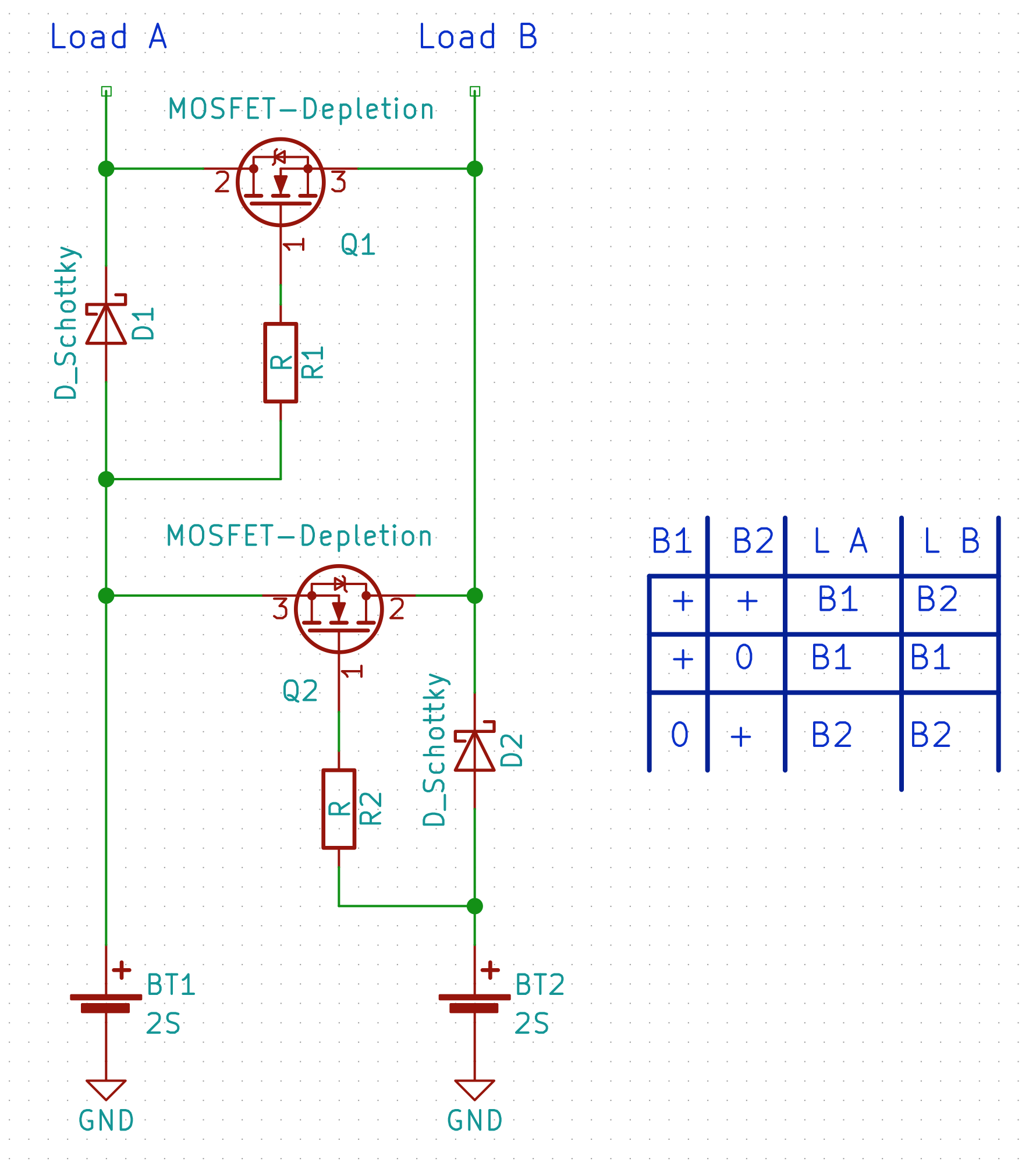 Another question I had was with grounding this circuit, I should just tie both negative terminals together, as well as the load lines's ground right?

Nominal conditions are 2S lipos or 9V batteries for power, with nominal loads of 200 ma, with possible 1-4 A spikes for ~ 2-20 ms every now and then (9V batteries themselves are able to handle those spikes very well).

Any help would be appreciated, Thanks

You are misunderstanding how depletion mode MOSFETs work.

Here's the I_d vs V_gs curve for your FET: 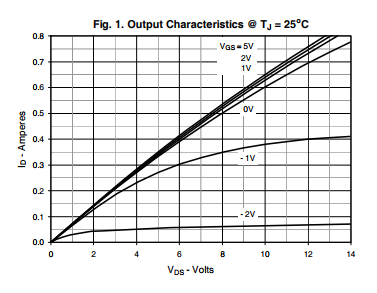 Notice that when Vgs is 0, the device is not shut off. It shuts off when the gate voltage is substantially below the source.

In fact I would not call this "normally open" operation, I'd call it normally closed.

I think what you want is an enhancement-mode p-channel MOSFET. Then the channel will conduct (instead of shutting off) when the gate is pulled below the channel voltage.

When a battery "cuts out", is it still connected and able to draw charge away from the other battery? If not, then you can delete D1 and D2.

If you change to Bipolar transistors, you probably can delete D1 and D2.

Not the answer you're looking for? Browse other questions tagged batteries mosfet low-power or ask your own question.