Could anyone help me identify what component this is, it's value and explain how they could tell. I would like to be able to do this myself but turned a blank on Google.

What ever it is, it appears to be a short and has burnt the trace in the picture. 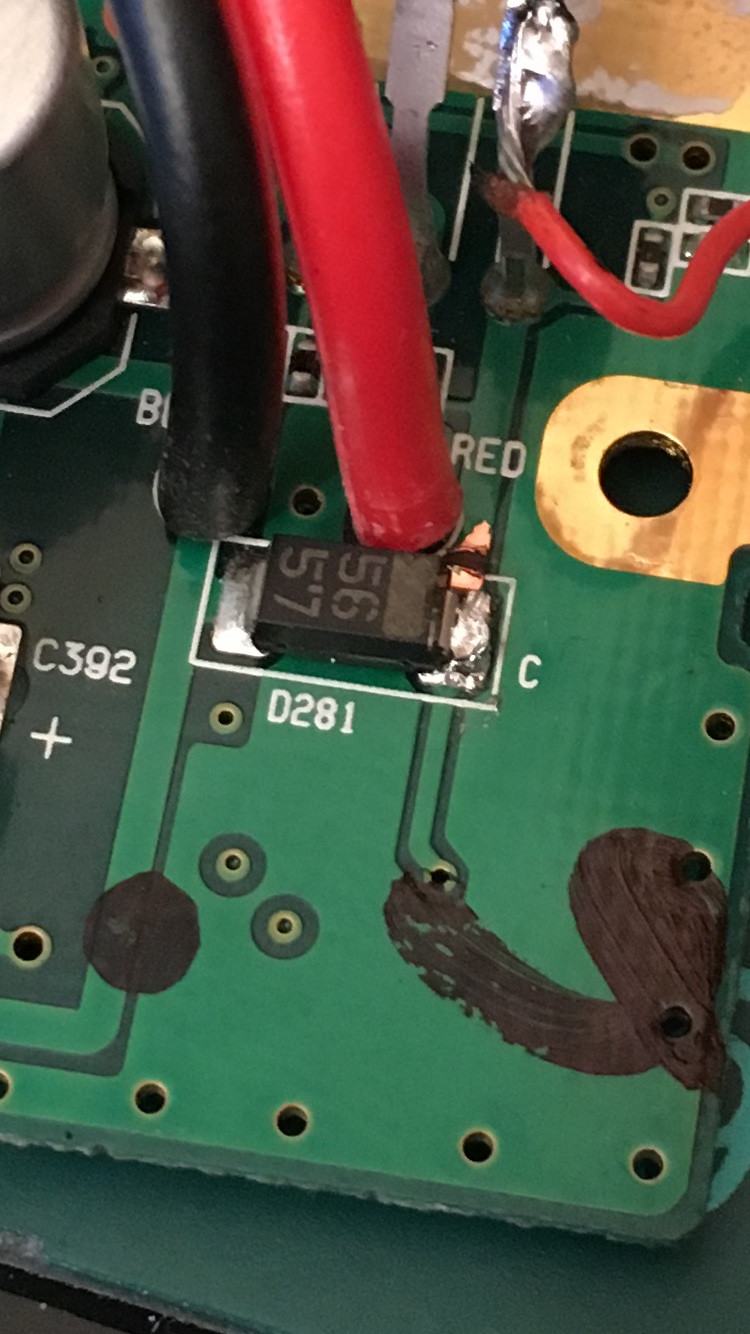 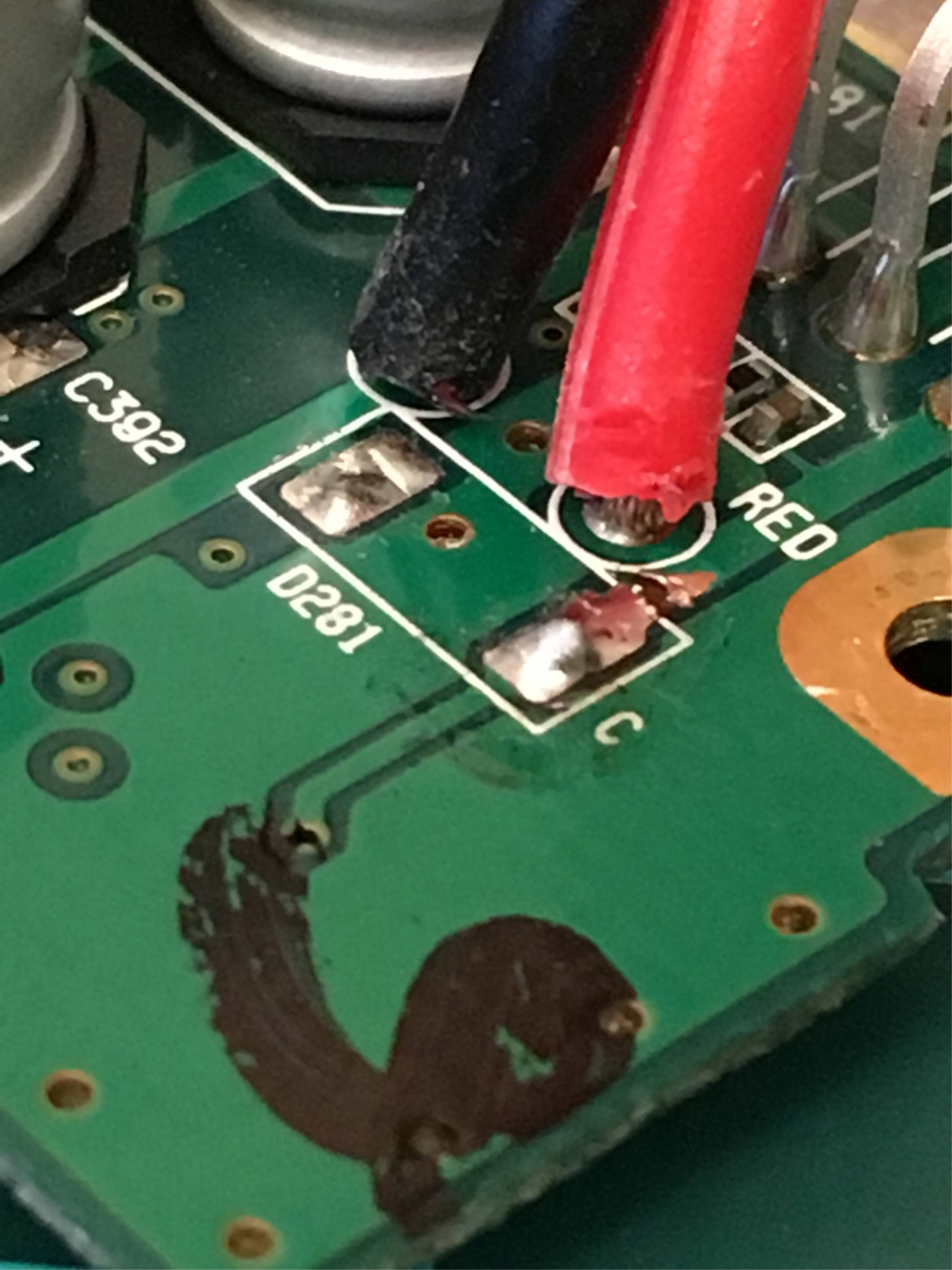 You can tell becasue:

Unfortunately there are a great many types and values of diode out there, and working out which it is will be trickier. You may have to reverse engineer some of the surrounding circuit and infer what it is from that, then check if the markings match.

From your comments, I see those red and black wires are probably power supplies, and the diode is connected across them. Here are a couple of common reasons to connect diodes on power rails:

The actual part, and it's values

So now we know that we're probably looking for a TVS diode. At this point, it really helps to know common part numbers, in which case you might know that 1N56xx is a series of TVS diodes. Otherwise, it's off to google with searches like "tvs diode 5657" and see what you find. Todor's answer probably has it right there. He's found a 100V TVS diode, which might sound like quite a high voltage, but maybe it's there to soak up the really big spikes and there's something else further along which can take the smaller ones.

There is a 1N5657 which is a trough-hole TVS diode with 100V rating, 81V standoff voltage. This may be a SMD version from another manufacturer, but I can't find a datasheet to confirm.