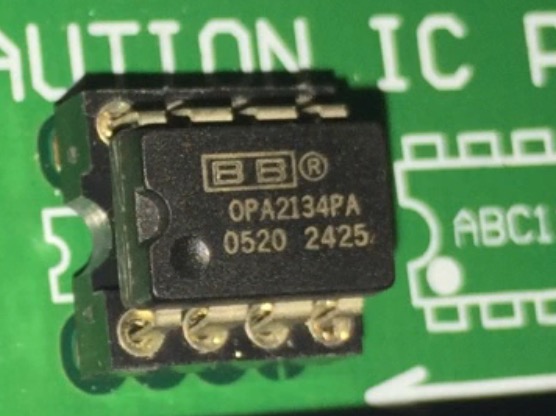 I am starting my own company designing selling studio/guitar based gear. My first item is a distortion pedal. I spent years testing pedals etc, and came down to two op amp chips I liked. The NOS JRC and a burr brown. I leaned towards the burr brown and that is what I'm going with when it comes to designing my own pedal.

So in the development stage I ordered 10 BB chips among others to do my tests/prototypes and they worked out great. After a few revisions designing with an overseas manufacturer the prototypes sounded great.

So I've purchased hundreds of my pedals, I've had the boxes silkscreened and all of the electric aspects/components are being soldered. I've shipped them my own stash of NOS pure copper solid core internal wire, quality solder and 100's of these NOS burr brown chips from the same manufacturer I got the initial 10 from (only a year later).

I've just been told production has ground to a halt because the first 3 production pedals sound different/off compared to my prototype. They narrowed the audio issue down to the chips and asked did I get the wrong chips as they suspect they are fake/copies, and I explained I got them from the same people I got the initial 10 from.

I never saw the large chip order because I shipped that straight to the manufacturer. So I asked were there any visual differences and they noticed that the codes are different and an r is missing.

Please check out the images. Should I be having this issue? What do the lower codes signify on the chips? They are different to the initial 10 prototype chips that look like the top image.

Below are the bulk order/faulty ones. A year has passed. Are these fakes or just a new batch of production with different codes? Do the codes mean different voltages or something? I'm not experienced with op amp chips etc.

I'm worried because nobody else produces the original specific lower code on this Opa2143pa chip. So I'm worried that all my boards will only work with the obsolete chips and not sound as good? 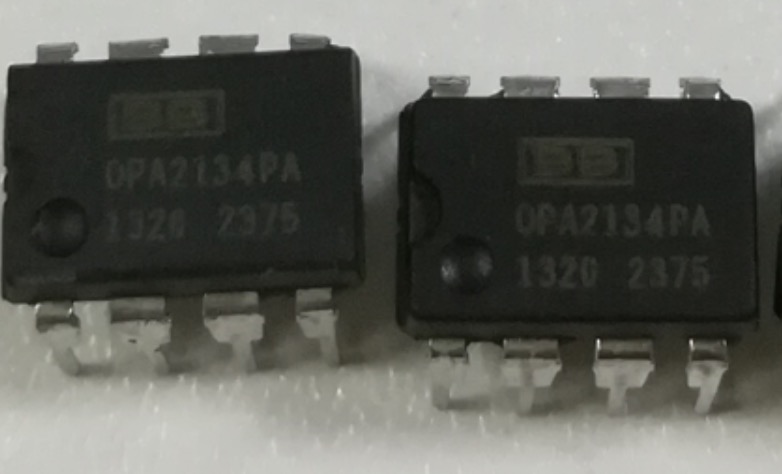 It is well-known that there are fakes of this chip about. If you depended on a contract manufacturer to source the chips they may well have bought remarked chips of some other kind. This kind of shenanigans goes on all the time. They may not even have known they were buying crap, only that they got a better price than they expected (and pocketed the difference).

I suggest you start buy purchasing a few known-genuine chips from a distributor such as Digikey (if you're in the US or Canada you'll have them tomorrow most likely) and test those.

It's also possible your circuit design is defective, but given the history I would suspect the sketchy source first.

You cannot trust semiconductor manufacturers to maintain production lines as UNCHANGED. Yield-enhancement experiments are always occurring, and the pass-fail test often is "does the IC pass the final-test on a Teradyne?".

Then, as was written in comments, when TI pushes for more cost-reduction, and a new fab line is used in Dallas (or Beijing), all bets are off.