I want to design a current source that can provide 2 different currents, 100mA and 1A using just a single power amplifier APEX MP38 which has a current limiting feature which is set by a resistor according to the following formula:

The maximum load that current should drive is an almost-pure resistive load around 50 Ohms.

I will supply the opamp +Vs by 60V and -Vs will be connected to GND. 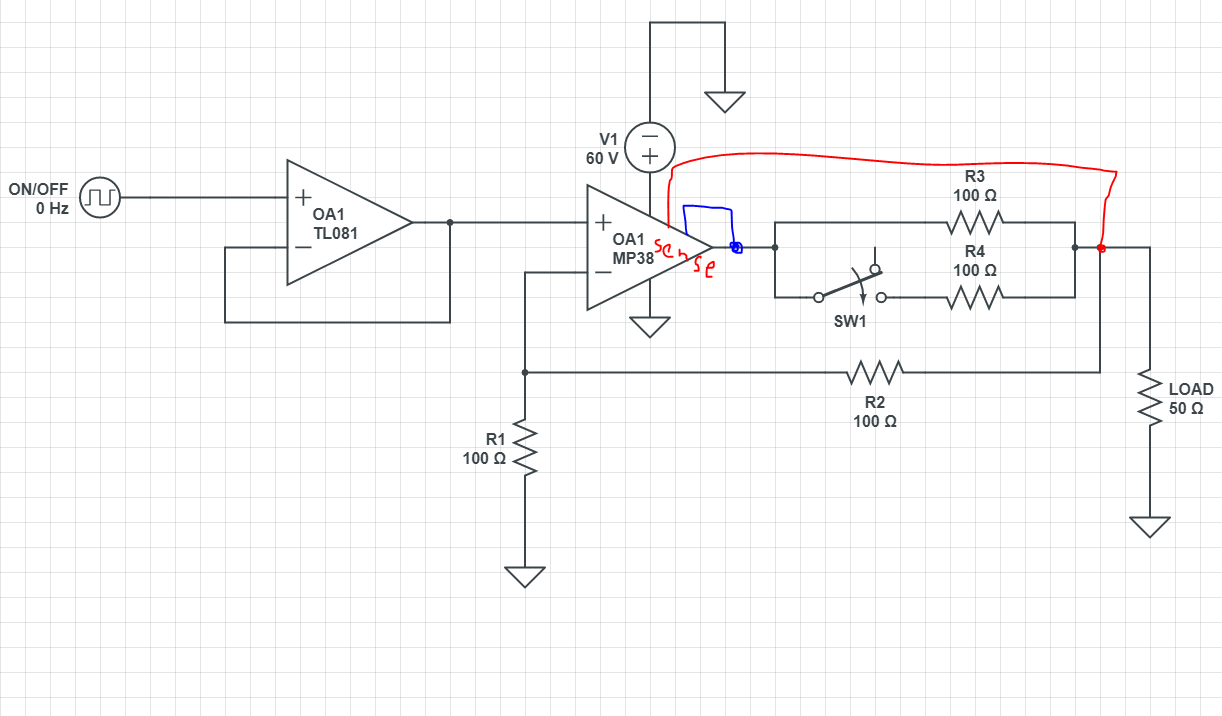 Almost all opamp based current sources that I see, except Howland Current Pump which is too complex for my case (because I only need positive currents) use a PFET at the output of the opamp. Since the opamp that I have is already been purchased I kind of have to use it for this case.

Lets say I choose R3 and R4 in such a way that in parallel they make a sense resistor to limit the current to 1A, and when only R3 is conducting the current will be limited to 100mA.

So the questions are:

UPDATE The load that I am talking about is a series of PCB traces that I want to see how do they perform under high-current stress. So it should be theoretically a resistive load with some small/negligible parasitic inductance/capacitance.

Not the answer you're looking for? Browse other questions tagged operational-amplifier analog current-source or ask your own question.