AVR is just an integrated circuit microchip, made by Atmel. It looks something like this: 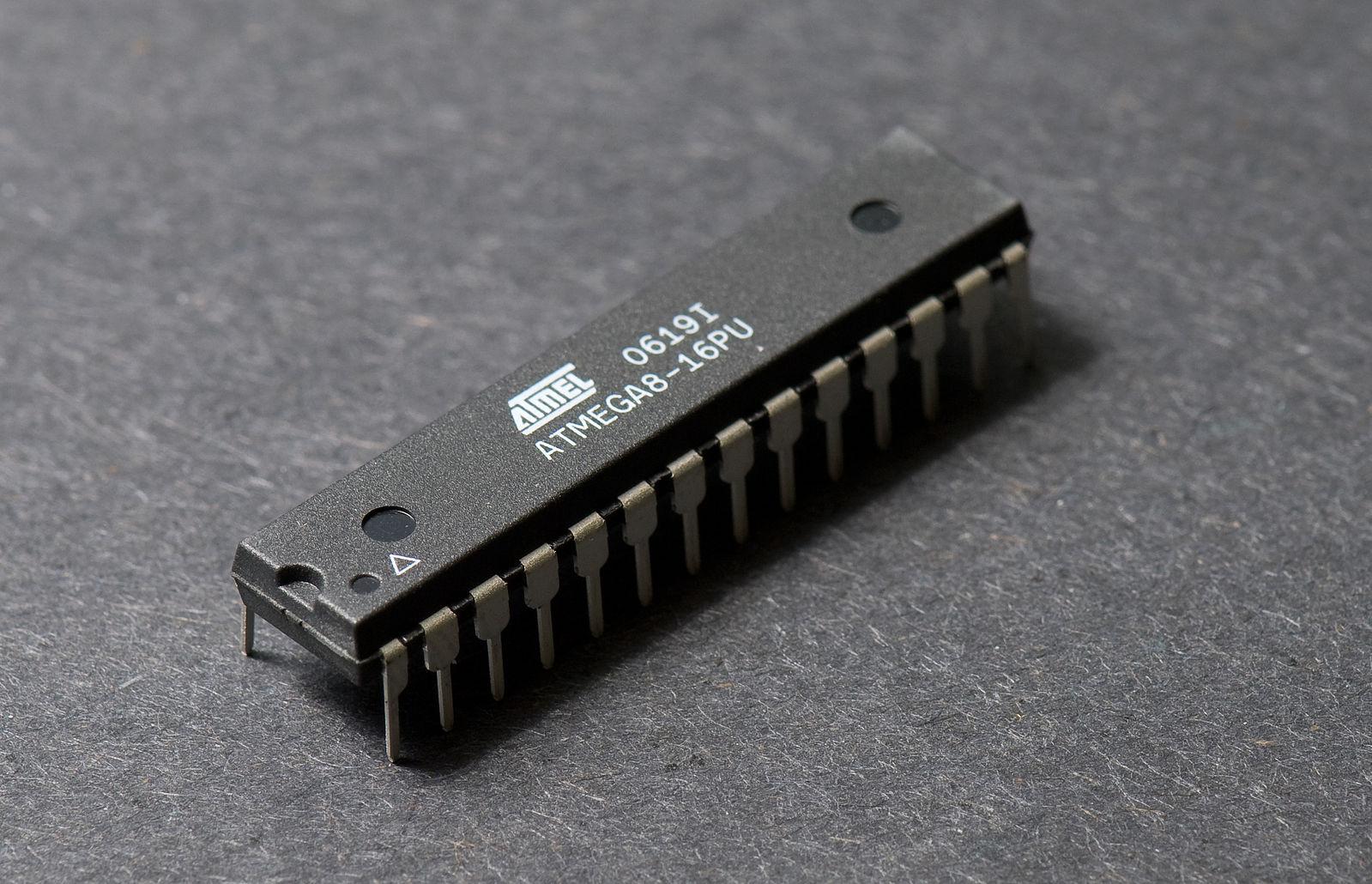 However, ESP8266 doesn't seem to share the same architecture, or does it?

Is ESP8266 an AVR? If not, how come we can use it as one through libs such as this one?

The Library you refere to is a Arduino IDE (Integrated Development Environment) library.

The Arduino IDE has a hardware layer that gives it the ability to utilize several MCU arhitectures that isn't AVR, but they share the programming environment.

No, not even close.

The ESP8266 uses a 32-bit Xtensa RISC core licensed from Tensilica and is made by Shanghai-based Espressif Systems.

The AVR is a much older 8-bit RISC architecture and is made by US-based Microchip Technology (since they bought Atmel).

The Arduino environment can be used to program ESP8266 controllers (as well as others such as some ARM MCUs), but the ESP8266 is not related at all to the AVR.

No, the ESP8266 is not AVR architecture.

Is ESP8266 an AVR? If not, how come we can use it as one through libs such as this one?

Generally the idea behind the Arduino project is to define a standard core API that will be the same/similar for any platform. The architecture-specific code is hidden behind this API. The "ESP8266 core for Arduino" that includes the library you mentioned contains this architecture specific code as well as the necessary toolchain. A separate hardware package is used for AVR, most commonly "Arduino AVR Boards", which is bundled with the Arduino IDE.

Not the answer you're looking for? Browse other questions tagged arduino avr atmega atmel esp8266 or ask your own question.

6
Programming an ATmega1284p with Arduino IDE and internal RC Oscillator?
4
What is an easy way to program an ATtiny microcontroller in C without an ISP?
3
ATtiny External Clock not working
3
Multiple AVR Projects Sharing Code - Managing Large Projects
0
how to implement Pic18f97j60 with PoE Ethernet
1
Using Arduino Mega as Atmega2560 AVR development board with Atmel Studio 7
1
74hc595 sinking, not sourcing