Are there any standard patterns for wiring a breadboard/solderboard? [closed]

My breadboard wiring is disorganized and this makes complex circuits hard to debug and so on.

Are there any standard rules for how to arrange the wiring?

Something like "always leave x holes between components" or "always put resistors before switches rather than after".

Or does everybody just make their own rules as they go along?

Any links to resources would be helpful.

Face all ICs the same way.

Input goes to the left end of the board, output comes from the right end. current flows downwards

If any rules cause a problem ignore them as neccessary.

First and foremost, solderless breadboards are rarely a deployable format for electronic circuits. They work pretty well for certain (not all) kinds of prototypes. If you have a circuit that you intend to have any sort of lifetime, your plans should include some way to get your circuit off of a solderless breadboard, and into something more permanent.

There are a number of things you can do to make your life easier.

Things like color codes really help. Pick standard colors for Vss, Vcc, and ground. Stick with them. As mentioned by others, place pin 1's for all IC's in the same orientation. For inportant locations, make a little flag with a stub of wire and some tape to make a label. Sometimes it's useful to populate all your IC's first, and get them all powered and grounded neatly before you implement anything else.

The biggest thing you should do, however, is to break your circuit up into functional subcircuits in your head, and plan in advance how you intend to test whether a subcircuit is working. Then, build it, test it, leave it alone, and move on to the rest of the circuit.

If you're doing microcontroller design, this can get confusing, because the architecture is more of a central hub thing, with one unit receiving and sending ins and outs. In this case, you need to have a microcontroller setup that isolates various subcircuits, one at a time to let you test them. It should generate whatever test signals you need. Be sure to remember some reset circuitry.

Of course, breadboards are not robust. You move an oscilloscope probe, and short a cap to a resistor that's not mounted as stably as it should be. That's just the nature of the beast. When a circuit gets too big and complex, there are diminishing returns to leaving it on a solderless breadboard, mostly because of unintentional stuff like surprise shorts on a circuit that worked 5 minutes ago. Take the time to put down your working subsections on soldered breadboards. Better yet, build and test a subcomponent, plop it into a PCB design, and move on to the next subcomponent. Spend a few dollars and a week to get your prototype PCB, populate it, and enjoy your functional circuit.

Do not be lazy organizationally when starting a project (especially a big one). I usually tape my breadboards and all other components to a cardboard panel to make it more organized. I also only use jumper wires if I have to -- use these low profile wires instead; it will make debugging really easy. 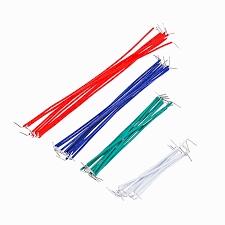 Also as you are making your project, reflect every change you make in an Eagle (or other circuit design program) schematic. It will make your life easier in the future, especially if you want to turn your project into a PCB. Good luck on your projects.

For breadboard, unless your circuit is very simple or you are in an evironment that requires it (school), it is often much easier (and even cheaper if your time costs money) to simply design and order a pcb.

For solderboards, you can get a bit more complicated, but be careful. I personally have used Eagle CAD to design solderboards (because i did not have enough time for the pcb option), and it made everything much easier.

For both cases however, my main advice would be to give yourself some space. dont try and fit everything into a corner to "save some space", in case of a rework, you would find yourself with some kind of ununderstandable vertical monstrosity.

Before starting with your breadboard, use a tool like VeeCAD or Fritzing which support breadboard and stripboard routing. It's much easier to find a good routing solution using software, instead of rewiring the breadboard again and again when parts of the circuit end up being too far away or don't fit.

Breadboard 'contructions' can be made good enough to use other than on bench so as to be, with due care good enough for demos, shows and possibly even (gasp) ongoing use. See at end.

While not recommended until much experience gained (or at all :-) ) I have made useful prototype benchtop (ie not portable) assemblies with say 6 large breadboards. In a few case with several microcontrollers intercommunicating. Plus interface to external high current and voltage circuitry (NOT on bread board per se.). Building the whole assembly on a sheet of ply or similar allows it to be lifted off the workbench and stored, so that any one of a number of circuits can be worked on when required.

Best are 4 power rail boards with power supplies along rails. Add extra vertical power or large connection rails if needed. Keep ICs all one orientation except in extreme special cases.

Learn how many "spare" columns between ICs works for you for interconnects.

Drawing the circuit with breadboard limitations in mind THEN breadboard layout before starting helps for major circuits. Minor stuff often OK "on the fly". I have not used layout software such as Fritzing but I'd expect that the lack of ability to simulate all real world practices would be excessively limiting.

Note that some components may "fit" in holes but damage breadboard "springs".
eg 1N400x diodes may qualify. For such components solder a wire to each lead and cut just long enough to fit BB.

Be aware of inter-row capacitance issues and contact resistance issues.

Be aware that low cost BBs may be inferior BUT that quality may or may not improve with cost.

Breadboards CAN be used in a "portable" role with reasonable success if they are enclosed in an outer ":shell" and the wiring and components are restrained from moving under normal handling forces. I have had good results by doing the following.
Build as tidy as possible.
Add sponge rubber overlay that compresses wiring & components.
Test deploy with eg board pressing on sponge.
Ensure all wires are routed and shaped to sit nicely when compressed.
Ensure components do not short when pressed down and that intended contacts remain made.
Once "stable", insert into eg suitably sized clamshell instrument case and close onto foam and breadboard and screw securely shut.
By this means a "reasonably good" degree of reliability can be obtained. With due care good enough for demos, shows and possibly even (gasp) ongoing use.

A good example of "how not to do it" - even though it worked OK. 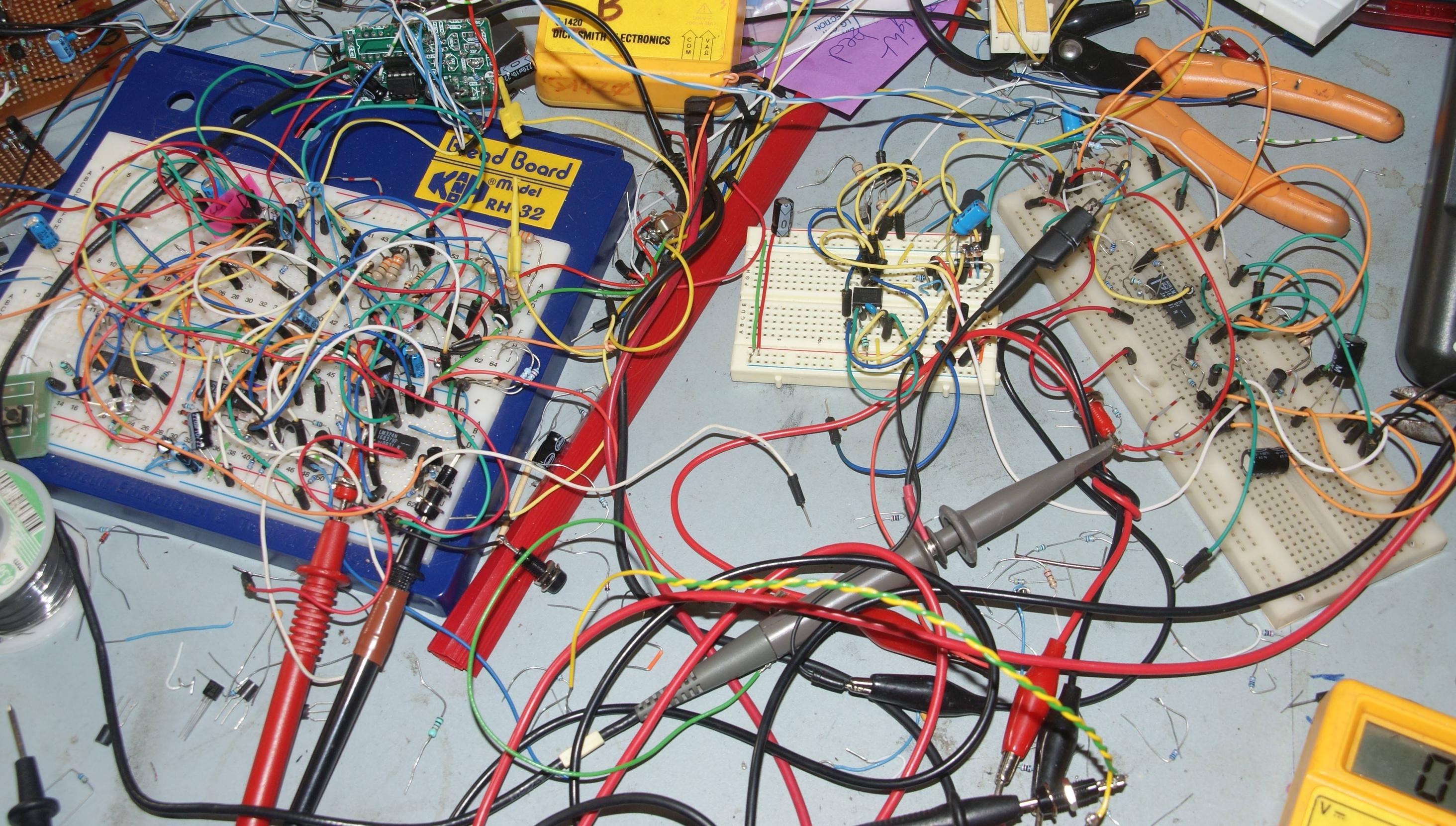 Not the answer you're looking for? Browse other questions tagged wiring breadboard best-practice or ask your own question.

11
Is there a “Design Patterns” for synthesizable RTL?
10
What is the difference in this specific breadboard wiring?
1
Breadboard Wiring with Seven Segment Display
1
18AWGX2C wire to standard breadboard
1
IC pins too small for my breadboard
2
electronically efficient breadboard wiring
0
Is there a colour standard for mains 'signal' wiring?
0
Logic DIP switch console breadboard