I am looking for an op amp to use as a unity gain buffer with a disable feature. The OPAx890 looks like a good candidate because it is unity gain stable.

I have noticed that some op amps labeled as unity gain stable have worse stability than others (e.g. OPA690 claims unity gain stability, but its stability is poor. The G=+1 small-signal frequency response shows >3dB of peaking in the datasheet).

The OPA2890 has a very nice looking small-signal frequency response in a unity gain configuration: 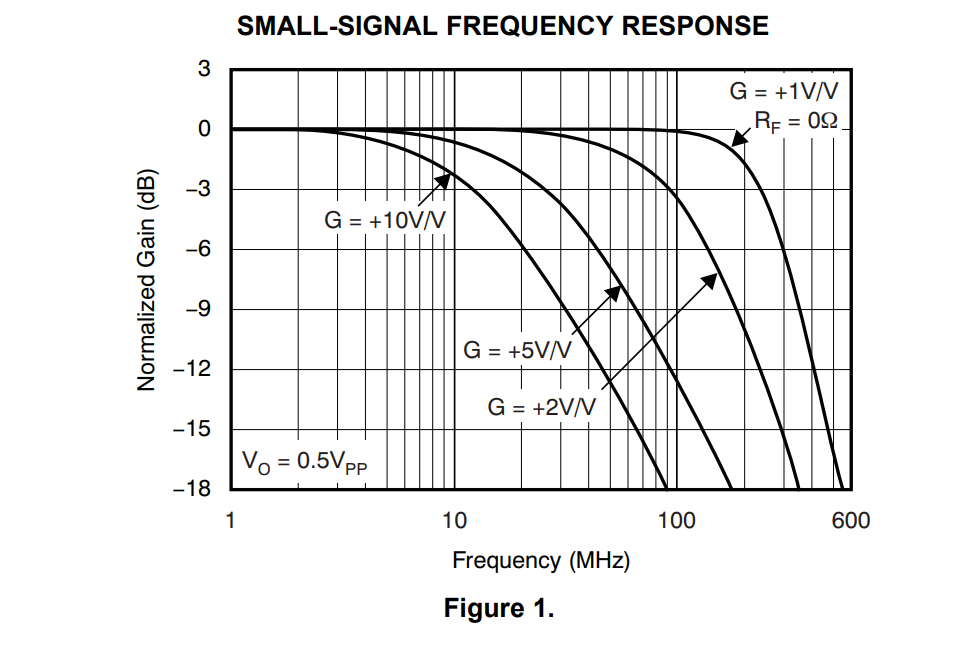 I do not need a dual op amp. I was glad to find that there is also the OPA890 which looks like a single version of the OPA2890. It looks like the OPA890 has worse stability with some peaking at G=+1: 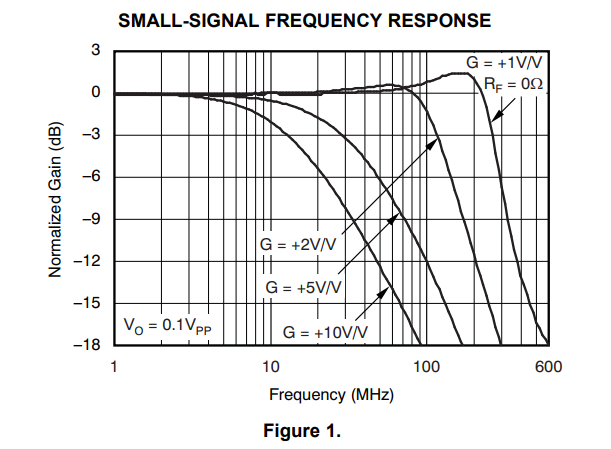 Does this make any sense? I would think the same op amp would have the same frequency response, or for the single to have better properties than the dual. Of course I can just get the dual and use 1, but is this an actual difference between op amps or just an error in the datasheet?

It looks like there is an actual difference between the OPA890 and the OPA2890. For example, the parametric table on the OPA890's description page shows that the OPA890 has a slightly higher GBW (260 MHz vs. 250 MHz), higher slew rate (500 V/µs vs. 400 V/µs), lower offset drift over temperature (15 µV/C vs. 35 µV/C), etc. The electrical tables in the two datasheets show more specific differences as well. The OPA890 is a bit faster than the OPA2890 so it looks like the two figures in the datasheets are correct.

Does this make any sense?

Yes it does, from what I've seen they manufactures can use different silicon sometimes for a dual vs a single or quad part. But without actually seeing the die layout there is no way to really know (you could get some nitric acid and microscope -- be careful-- and find out for sure).

I would think the same op amp would have the same frequency response, or for the single to have better properties than the dual. Of course I can just get the dual and use 1, but is this an actual difference between op amps or just an error in the datasheet?

The difference probably a result parasitics, maybe the die wires are shorter in the OPA2890 since they might have put two separate dies in the same package. Or it could be due to more capacitance in the OPA890. Its all in the parasitics of the package or testing, or both. I'd trust the datasheets unless you want to get a part and do the testing on your own, the datasheets should reflect actual testing done by the manufacturers engineers.

Not the answer you're looking for? Browse other questions tagged operational-amplifier texas-instruments frequency-response or ask your own question.