I want to use a STM32 microcontroller to read data from a multi-channel ADC. The microcontroller that I intend to use will most likely be something from the F7 series (such as STM32F746ZGT), whereas the ADC that I currently have my eye on is LTC2358-18 from Analog Devices.

The project that I'm working on requires me to simultaneously read 6 analog channels (with a reasonable data rate). As far as I understand, the particular ADC chip can output its conversion results on different serial data output (SDO) channels that can be read out in parallel (the serial clock is identical for all of them): 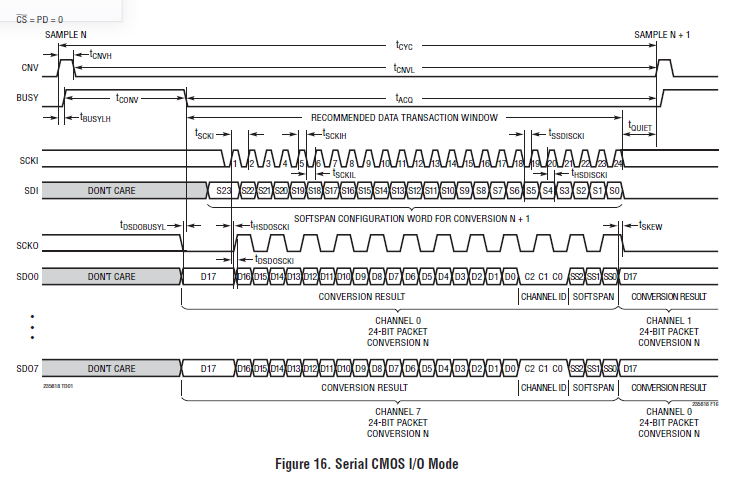 I was wondering if it is possible to use a single STM32 MCU to read the 6 channel output data via SPI (I don't really need the two remaining channels). In general, I would assume that I need to configure 6 SPI interfaces that are available on STM32F746ZGT, as follows:

Or, in other words, it would look something like this: 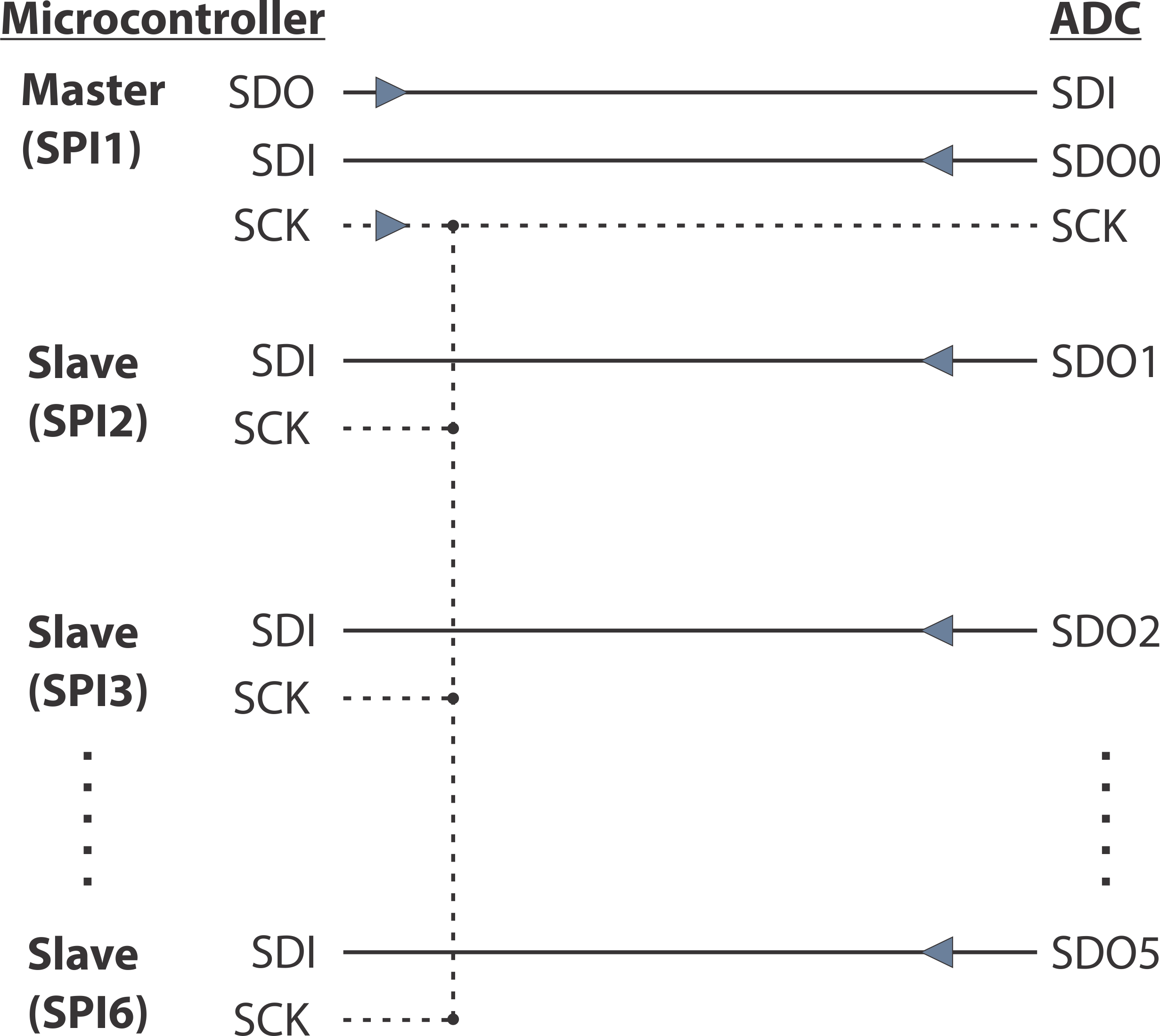 Would this kind of configuration actually work or am I missing something?

I'm no expert with STMs but for about every controller I've worked with, this wouldn't work for the following reasons:

What you should do instead is to read them as intended in serial (typically this is done through a DMA read). Since there is only one ADC inside and the maximum sampling rate according to the datasheet is 200k (8ch), assuming a 24 bit transfer (not sure if the STM's DMA can handle this) results in about 40 MBit data rate / spi speed. This should be possible, not accounting for post processing.

Your STM Processor is not multimthreaded, dont forget. You cannot physically read 6 lines in parallel. Only one at a time, use the Channel ID's and hook it all up to one line. The ADC conversion is what takes the longest in the process. Command the ADC's to convert and then read the outputs individually. Put all the them on that same line, then say 'line 1 give me data', now 'line 2 give me data', one by one. This is why Channel ID's exist, else they would be wasting valuable bits.

Not the answer you're looking for? Browse other questions tagged analog adc stm32 spi stm32f7 or ask your own question.