I have in the past asked the same question, but it has not been resolved yet. Here I will try to describe it in a better way:

We have a signal coming from a optical receptor (SFH250V broadcom). When we measure the "dark signal"(when it receives no light) it produces a mere 2-3mV. When a full light PWM light beam is produced, it emits a PWM of about 230mV of amplitude. (I measured that and checked the datasheet, everything till now is fine).

That same output signal is sent to a classic op-amp lm358. That op-amp is powered with 5VDC on pin 8. Pin 4 is grounded. Here is a schematic:

The problem is the following: When we plug it that way, but we don't send a signal, the output signal of the op-amp is 420mV. When we send the signal (which was approx. 220mV) it rises up to 680mV.

How I expected it to behave: 1- the 20mV noize would double because the G = 2. so when no signal would be sent a mere 50mV should appear. 2 - The amplified signal would be of 440mV approx.

Anyone knows what is going on?

EDIT#1: Here are some scope traces as asked. 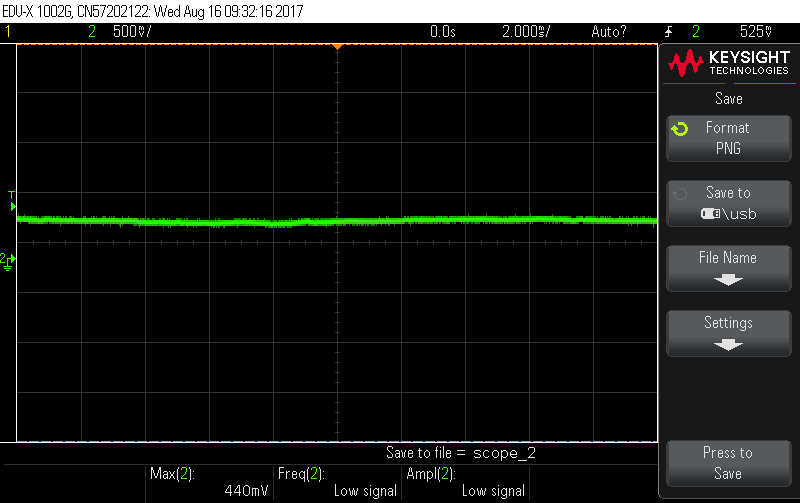 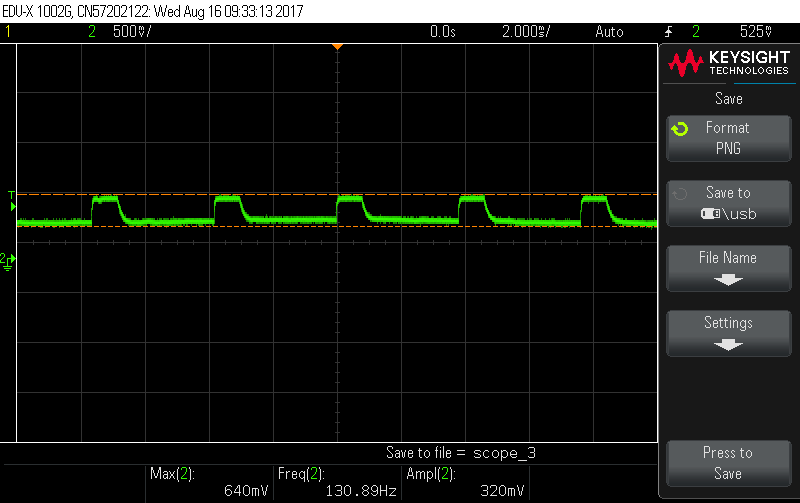 EDIT #2: I've listen to @Entrepreneur and i've put a resistor, but on the ground as the "art of electronics" suggested. Now, I get a square signal with the right duty cycle, which wasn't the case before. Plus I don't have a super high voltage noise, but this comes to the cost of a lower output signal than expected. 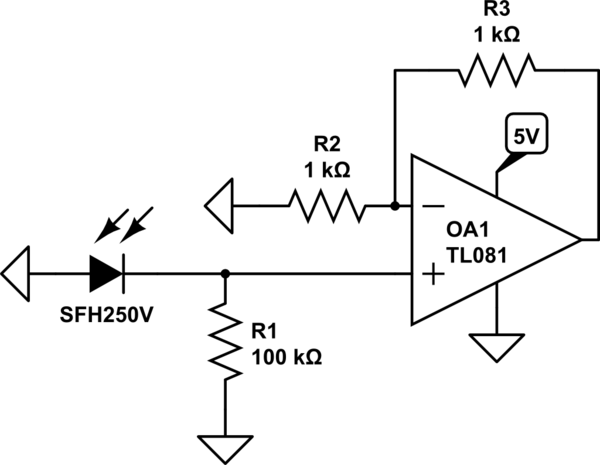 Here are my measures on the scope now: 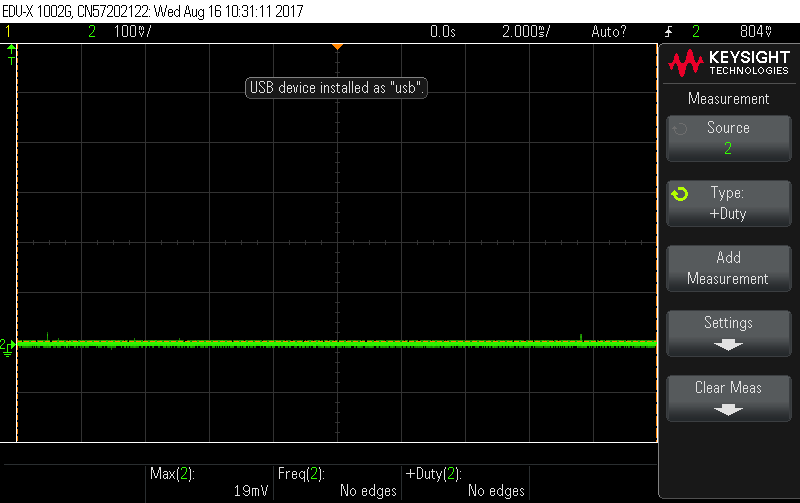 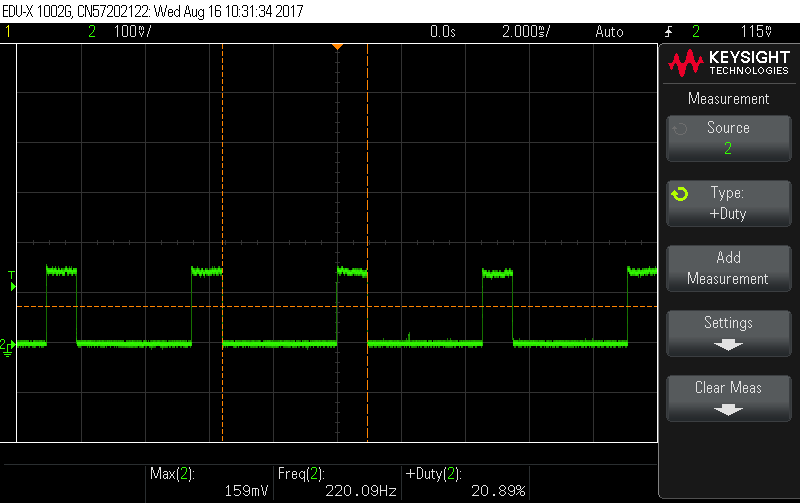 In my opinion neither circuit shown above is appropriate. Let's start again with an observation: The SFH250V is only characterized (in its data sheet) for reverse bias (photoconductive) operation. From previous discussion (above) it seems that you wish to use this device in photovoltaic mode. Unfortunately the device data sheet provides no insight into performance in that mode. Nevertheless...

In photovoltaic mode--with sufficient illumination and with a load resistor connecting anode and cathode--a current will flow from the anode, through the resistor, to the cathode. With a very high resistance and enough illumination, up to 1V (anode positive) will be generated across the resistor; with no illumination, the resistor voltage will be 0V. (More info here: https://www.thorlabs.com/tutorials.cfm?tabID=31760 ) For most applications a larger output voltage is desired, requiring use of an op-amp.

A circuit such as this is appropriate: 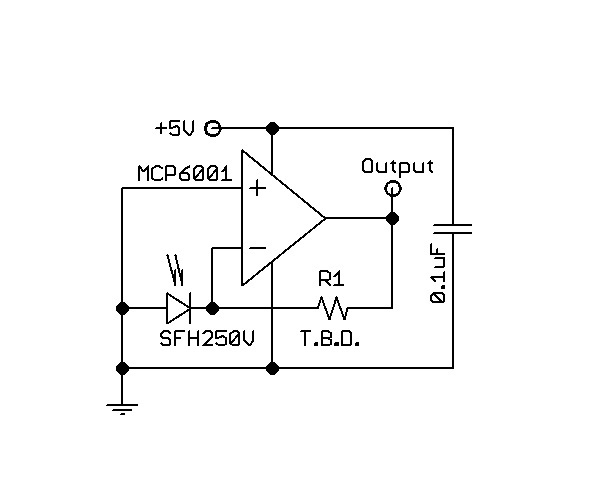 Note that the input bias current of the op-amp adds (or subtracts) to the current from the photodiode; thus a very low bias current is desirable (since the photodiode current is very small). So, we must choose an op-amp that meets our requirements. Specifically, the op-amp must have very low input bias current, the op-amp must contain 0V in its common-mode input range, the op-amp output must swing from (approx) 0V to 3V. With these specs, there are many dozens of op-amp models that could work, with the best choice depending on other factors including (but not limited to) speed, power dissipation, operating voltage range, cost, package, and availability. As an example, I will suggest the Microchip Technology MCP6001 as a low-cost, widely available op-amp. This may or may not be the best choice when all factors are considered. I also suggest that the power supply voltage be 5V.

Let me give you a strong caution. The currents at the inverting input of the op-amp will be very small. That means that any current leakage in your actual circuit (e.g. a breadboard or a PCB layout) must be even smaller. That is usually not a trivial goal. If you choose a package that allows you to do so, I suggest that all connections to the op-amp inverting input be made with no contact to the breadboard or PCB; i.e. make those connections "in the air." Cleaning PCBs after soldering is an art and science about which whole books have been written; I will not write one here.

Insert your 100K pull-up resistor between the SFH250V output and +5v. When no light signal is present the new 100K resistor will provide a default signal of 5v to the op-amp. Without it your input signal voltage is undefined, basically noise.