I have started trying out PCB designing very recently and I found it extremely interesting and wanna learn more about it. A week ago I was working on a RF remote project and I have attempted to design a PCB for it. I would mean a lot for me if you guys can take a look at it and give your honest feedback about it. Good or bad feedback I am eager to hear it all. If it is very bad, am ready to get roasted for it as well.

I have already got the answer for 90 degree angle routing. I need some inputs like

Any other piece of advice is very much appreciated. Am not sure that these kinda feedback request can be posted in this community, if not kindly apologize :) 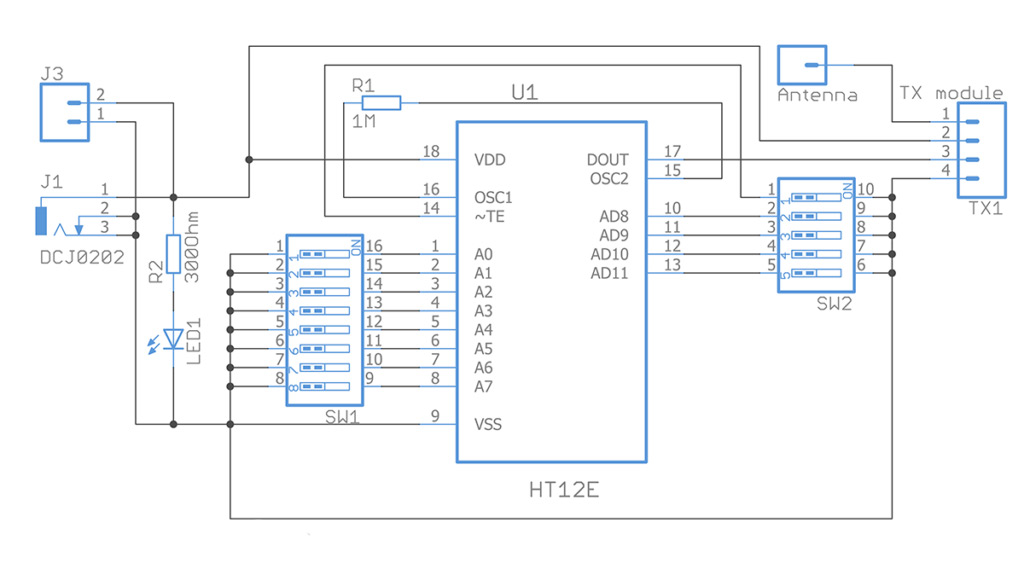 PCB for the above circuit: 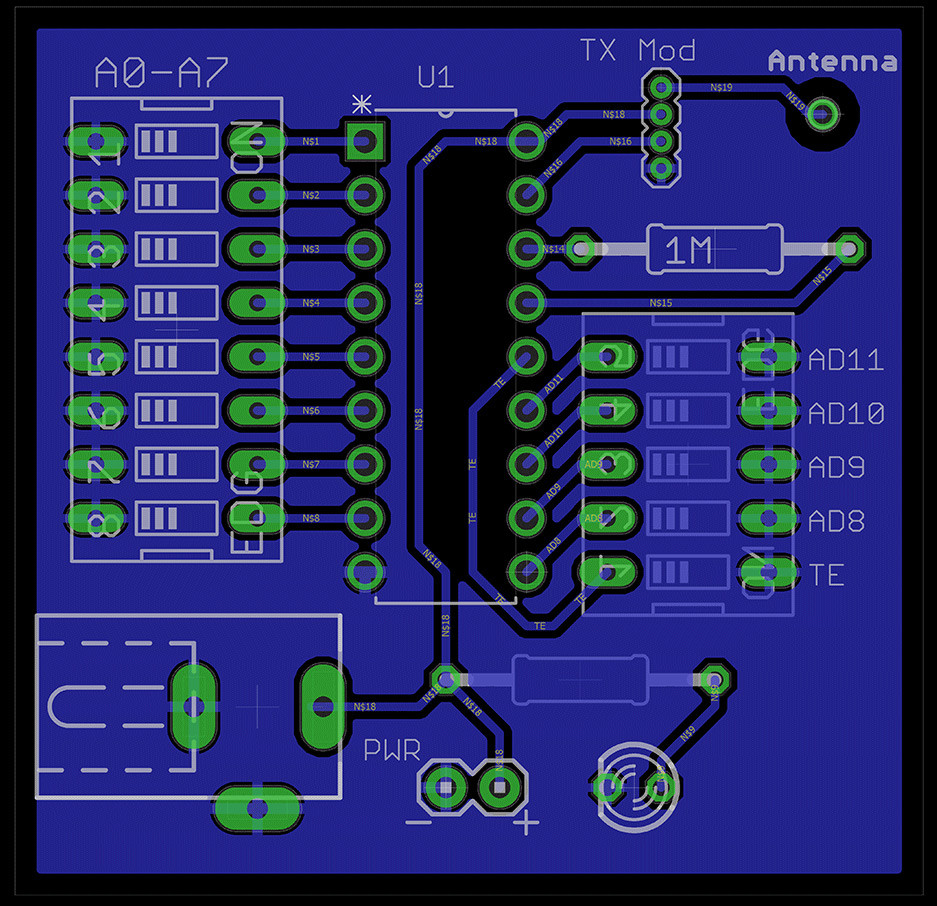 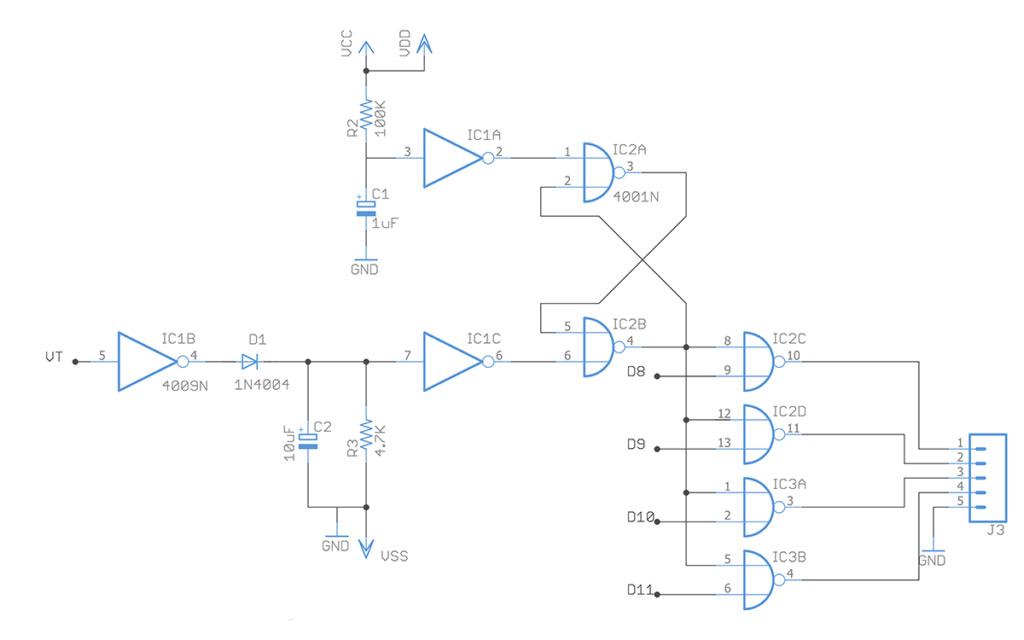 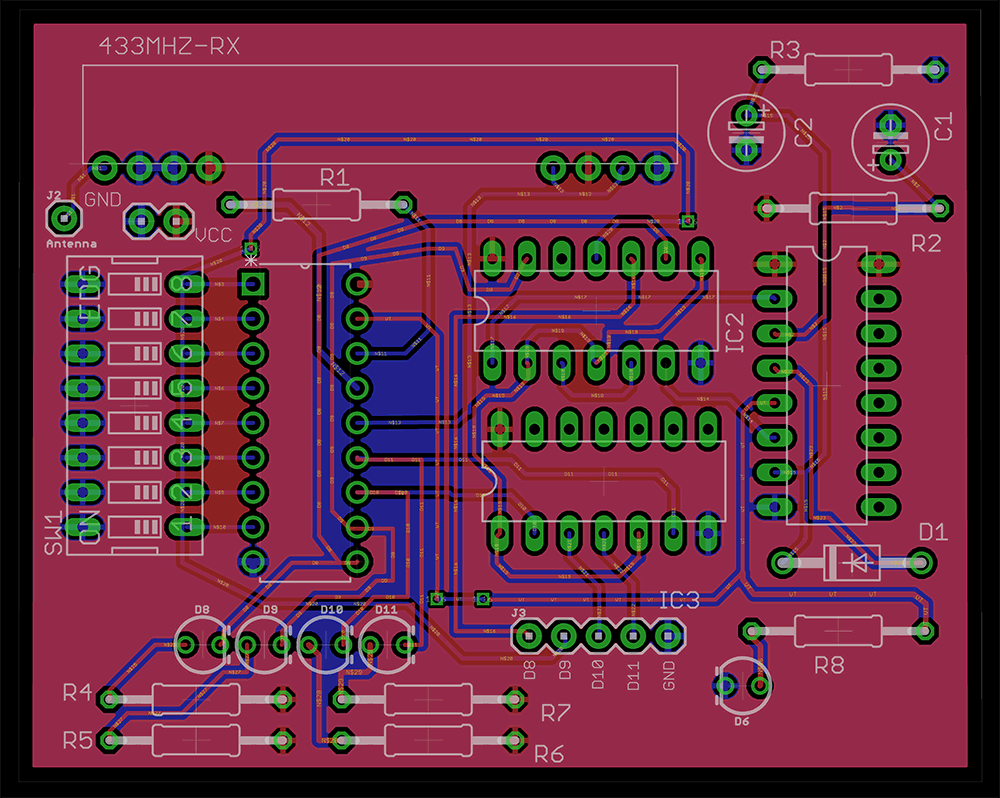 Trying to answer your questions:

The production of the (bare) board is independent on the component density. Assembling the board is another story. Depending on who/how you insert and solder components it may be faster/cheaper or not. But the boards are certainly not too crowded. I don't understand what you mean "in real time".

It doesn't matter, as long as you respect the manufacturers rules. I try to use the same width for same net classes. Power nets may be wider.

You try to avoid vias when you are unable to have plated-through holes, such as when you do your boards yourself (DIY). Any current PCB manufacturer will make you PTHoles. You may also want to pay attention to vias for critical, high-speed designs. In your case, the answer is no, vias are not bad.

You should pay attention to the antenna connector(s). Check with the module manufacturer for the suggested layout. Depending on the application you may want an SMA connector. The trace from the TX module to the SMA connector should be a controlled-impedance trace (same for the RX module). However, if you are as low as 433 MHz, a "short" track may be ok. But again, look at the module's manufacturer suggestions. This is important!

If you get a PTH board you will be able to hand solder the through-hole components at the bottom layer pads, even if the trace is on the top layer. No problem here. However if this is to be made at home, without plated-through holes then you have to think carefully. Resistors can be soldered from the top without damaging them but other components, such as IC sockets (or your capacitors) will be problematic (ICs can be soldered directly).

I will also add some final comments

I don't see any mounting holes... how do you plan to mount the board inside the enclosure?

If you use an enclosure with rails to slide a board in, double check the width, and make sure there isn't a component close to the board edge which could get stuck.

Same if the enclosure has clips, or other kinds of gripping bits of plastic, make sure everything lines up.

You can print the board on thick paper, cut it with scissors, and check how everything fits together in the enclosure.

This is also a nice way to check footprints: put that barrel connector on the printout, check the pins align with the holes...

You should add a decoupling capacitor on the HT12E.

You should look at as many actual RF layouts that you can find, and also look for general information on the techniques. There are lots of small details which have an impact, too many to try and list here I think. Vias, PCB material, controlled impedance would be my starting keywords for these sorts of searches.

Look at the example information provided by module manufacturers, and try and understand the purposes of all of their requirements.

Not the answer you're looking for? Browse other questions tagged pcb pcb-design circuit-design or ask your own question.