What is this device attached to a high-voltage power line?

I noticed this white, cylindrical device on a power pole near Seattle that facilitates a 90-degree turn of the transmission line. It looks like the lightning conductor comes down the pole into a sort of service loop before disappearing into the device. 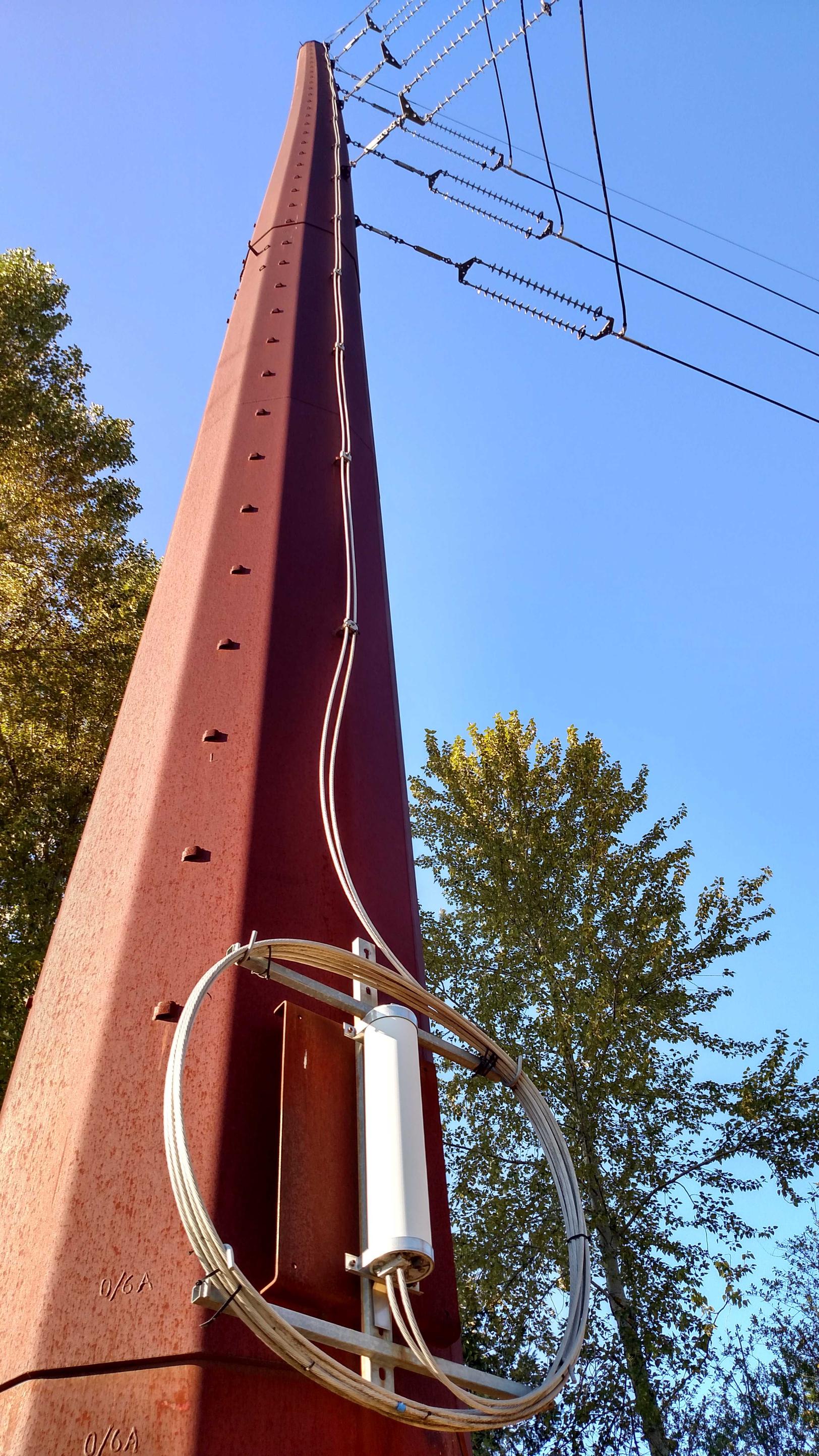 I imagine that the device in some way facilitates grounding the lightning conductor, but I can't find any further information on it. It doesn't seem to match up with any easily discoverable arresting scheme.

These seem to be optical fibres. 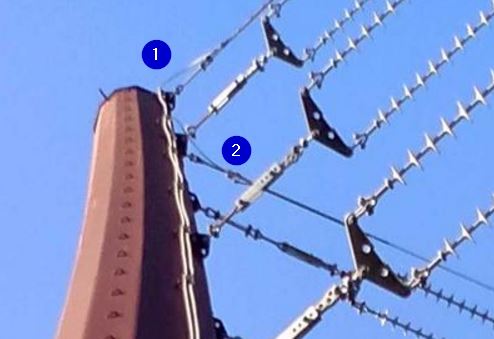 Figure 1. Close-up of fibres branching onto each of the lightning protection wires.

Thanks to your high-res photo we can see the fibres at (1) and (2). Note that this pole is a "corner" pole so it makes a good place to join both the cables and the fibres as both would generally be pulled in straight lines. 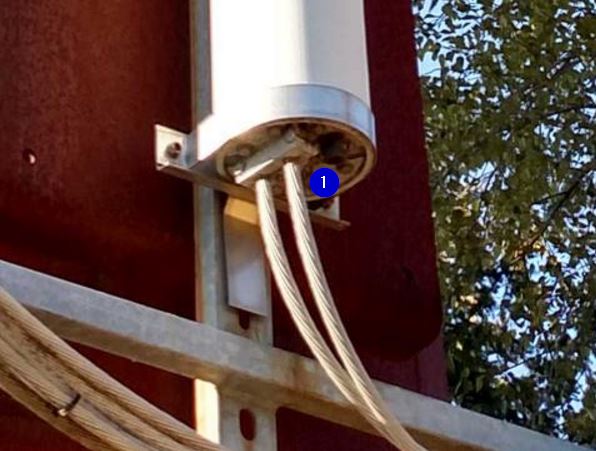 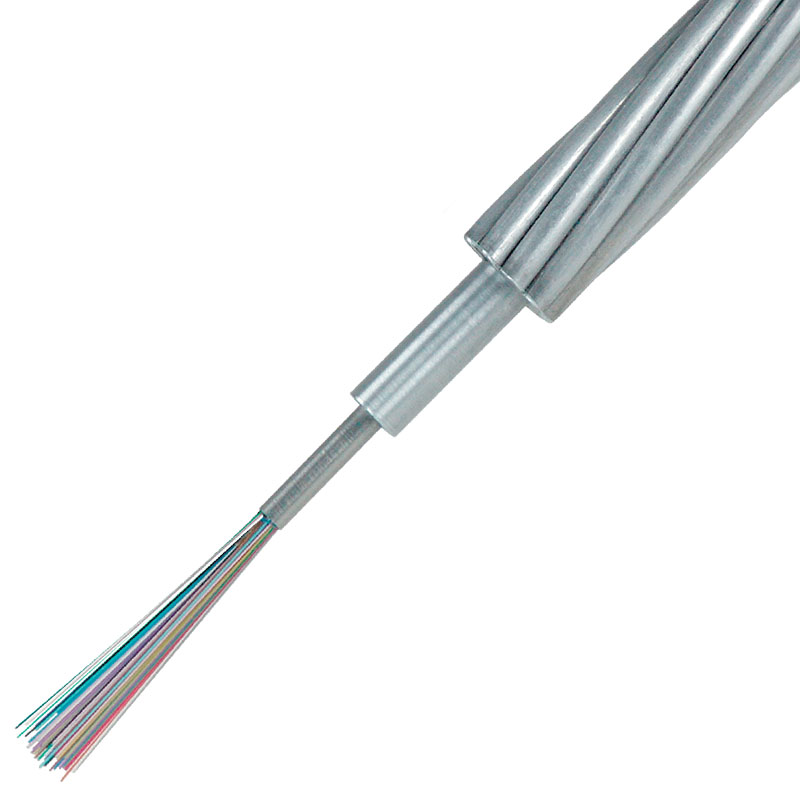 Optical Ground Wire (OPGW) is a dual functioning cable. It is designed to replace traditional static / shield / earth wires on overhead transmission lines with the added benefit of containing optical fibers which can be used for telecommunications purposes. OPGW must be capable of withstanding the mechanical stresses applied to overhead cables by environmental factors such as wind and ice. OPGW must also be capable of handling electrical faults on the transmission line by providing a path to ground without damaging the sensitive optical fibers inside the cable. 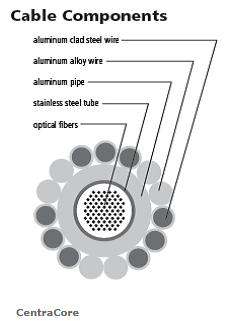 Figure 4. There's quite a bit to the cable! 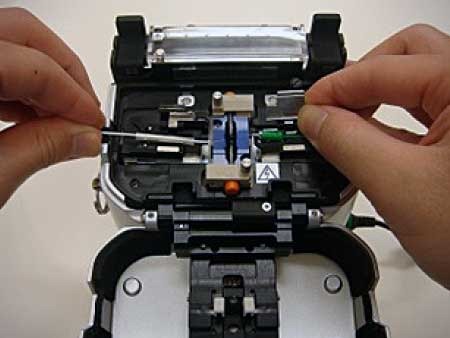 The link above has some tutorial information on these machines.

There is also some further interesting reading including the optical fibre alignment system using what appears to be bottom and side view cameras.

It may be a splicebox for optical fiber. Many power lines carry fiber inside one of the wires for telemetry and control.

I watched these answers with fascination! I was a Relay Engineer for an electric utility many years ago...like 20. So what I see is a more modern implementation of carrier relaying. An expensive one at that!

The way we used to do it, is use a coupling capacitor to inject a HF carrier signal on one of the phases of a transmission line.

A large inductor (called a wave trap), would be behind the coupling point to block the signal from going the other direction. At the other end of the line there would be an identical setup.

There are 'radios' that transmit and receive very simple signals, like frequency shift keying to indicate if the relaying on the line indicates there is a fault on the line.

So, at Point A the relay says, I see a lot of current flowing, I think we're shorted to ground! What do you see?. At Point B the other relay says, I do too! Oh no!, let's trip our breakers and isolate the fault from the system? Or, it says, nope, I don't see it, ..ignore it and let the other guys take care of it.

So times change and we get rid of CCVTs and wave traps and FSK and use fiber...wow!

Not the answer you're looking for? Browse other questions tagged transmission-line power-engineering or ask your own question.

1
How are ground wires and OPGW connected to ground and neutral point of transformer, and to the com.system?