I would like to build a control panel to direct K power sources to N loads. A power source can control any number of loads, but a load can only be connected to a single power source. Each power source is variable (0 to 16V at up to 2A).

In a purely mechanical version, I imagine using a K+1 rotary switch for each load, where "+1" represents a no-power-source state.

I've put together a circuit with AND gates to represent each pushbutton(source,load) combination; latches to hold state; and a grid of transistors to connect variable power sources (P1, P2, ..) to loads (targets 1, 2, ..). A separate constant power source Pc is used for the circuitry. 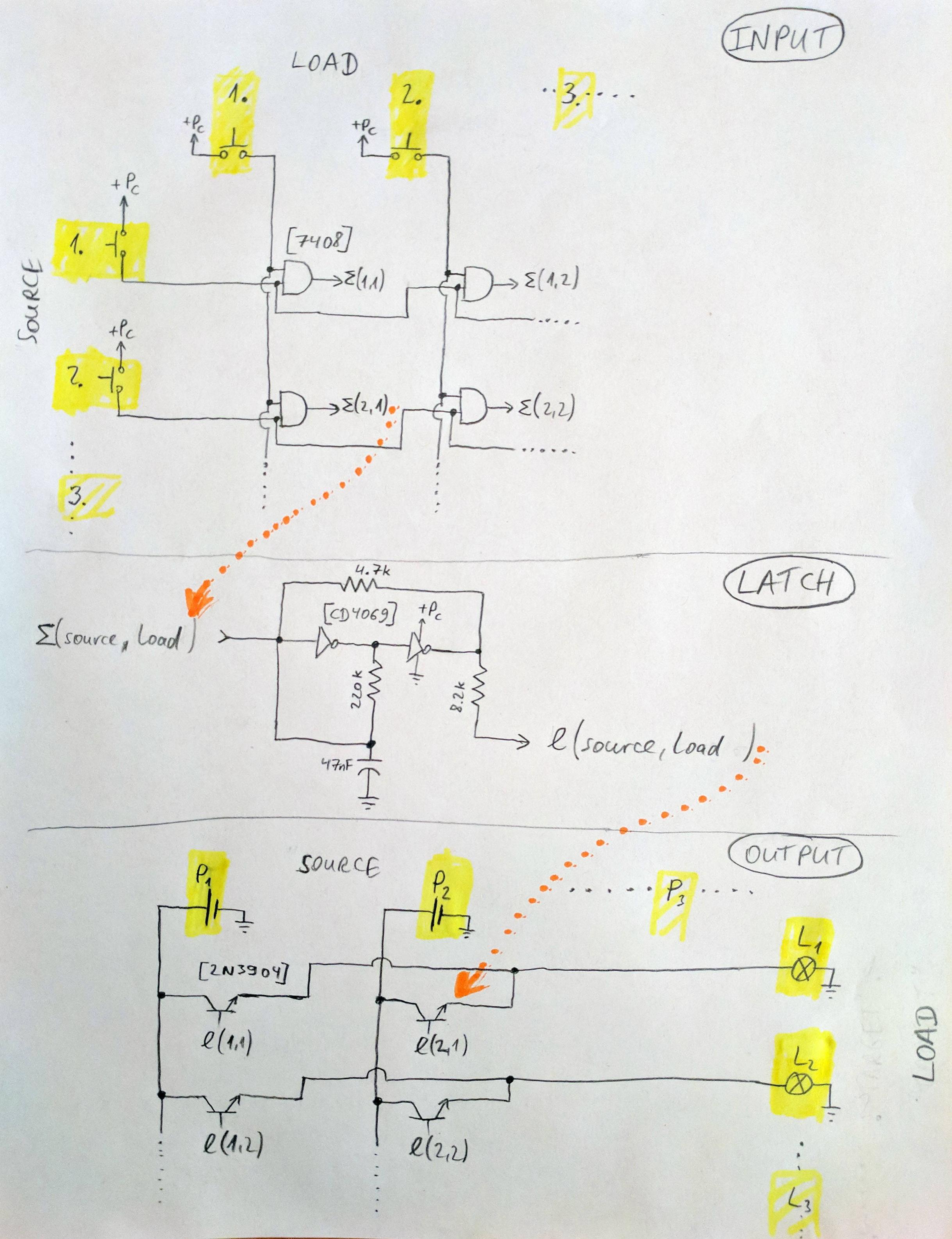 Missing from the diagram is reset logic which would ensure that at most one power source is connected to a load. Also missing is logic for the no-power-to-load option, which I imagine could be a P(zero) pushbutton.

I am seeking input to this design. Am I missing something substantial? Have I oversimplified the problem? Working with multiple power sources, does this circuit create undesired effects?

First, I don't think you need source buttons, but eliminating them actually increases the number of buttons. What you have is a SSAD (Source Select At Destination) routing switcher, but for power instead of video or audio.

For a 4x4 array, each output has 4 buttons, one for each input. Pressing any button latches 4 bits, and since only one button is pressed at a time, the latch for that output line holds one 1 and three 0s. If the latch outputs are negative-true, then PNP power transistors will make efficient high-side switches.

With only 8 switches, the latch input becomes a bit more complex.

Not the answer you're looking for? Browse other questions tagged switches circuit-design or ask your own question.