What does the flashing in the bottom left corner of the display "GATE" means on this generator? I could not find a manual high and low.

I found a discussion on GATE function here but it seems to imply that there would be a Gate button, but there is none on FG-150. 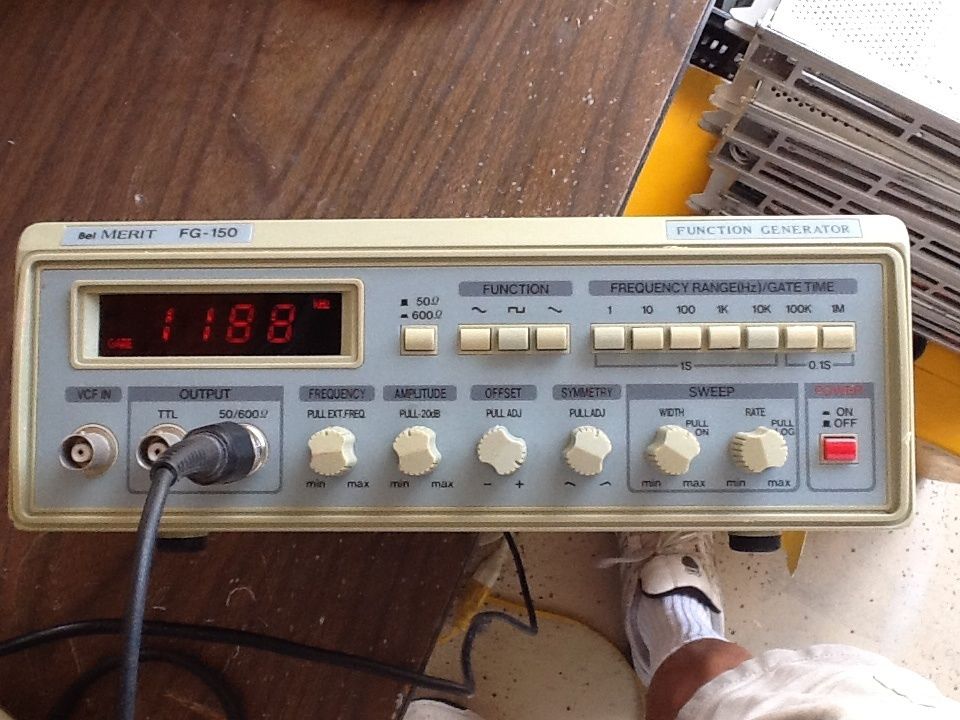 A shepherd counts his/her sheep by opening a gate and counts sheep as they pass through, then closes the gate. Your frequency counter display has counted 1188000 "sheep" during the gate-open period.
Perhaps your frequency counter only counts in increments of 1000. The next highest displayable frequency count would be 1189000. Therefore, the gate period might be one millisecond.
If your counter counted in increments of one Hz, it would require stretching the gate period to one second, and the gate LED would flash once per second. Since your display is only 4-digit, a frequency of 1188000 Hz would overflow the counter.
Your function generator decides on its own what gate period is appropriate for each frequency range. Gate period is one second for the five lowest ranges, and it is 0.1 second for the two highest ranges.

In general, the gate LED likely flashes every time the frequency display is updated. Most modern frequency counters don't display the count while it increments - that is, while the gate is open; the display is only updated after the gate closes.

There is an alternative meaning for "gate", which you are reading about. Some function generators allow you to turn on and off the output waveform, similar to pulling the cable in and out. The effect might be like Morse code. A front-panel control would let you turn on or off this gate function, and a separate input or control function adjusts the gating frequency and period.
Your function generator appears to lack this kind of "gate" feature.

I have the same frequency generator, and if you look at the right for the frequency range, on the bottom - you'll see the gate (open) time.

Not the answer you're looking for? Browse other questions tagged function-generator or ask your own question.