In winding a coil for a generator, does the organization of the wires have an effect? Should I be very careful to lay each turn of each layer side by side in a neatly packed line, or can I be quick and messy and as long as the same number of turns fit into the same volume, I should be fine?

If it does matter...how significantly can it affect the power generation? A slight loss in power production, or a major hit?

It depends. Mostly on the frequency the generator is going to be operating at. As frequency increases, coil geometry and even the geometry of the wire itself becomes increasingly important due to things like the proximity and skin effect.

But this is not particularly significant until well into the 1000Hz+ range, and a generator is almost certainly operating well below this. A two pole generator would need to be ripping along at 60,000 RPM to hit 1kHz. In other words, it matters if you're generator is powered by, for example, a turbine (which can go as high as 500,000 RPM), but for the fast majority of speeds most generators tend to run at, it's not really an issue. Plus anything hand wound would probably just explode at that RPM anyway. (Please don't hand wind turbine generators!)

The main feature used to quantify winding geometries in this context is fill factor. This is simply how efficiently the wire is packed into a volume expressed in terms of the percentage of volume used by the wire (with the remainder being wasted volume).

Neatly winded coils for round wire can achieve a fill factor of about 90%. Wild winding is the term for messy (but still fairly homogenous) winding style with no real geometry. Wild winding has a fill factor usually between 73% to 80%. So the primary performance impact is that a fixed number of turns will demand a bit more volume and cause the winding itself to be longer, so it will increase the resistance slightly. The effect is more significant the more turns the winding is.

That said, in my opinion, if you're hand winding generator coils, this is not going to be a performance device anyway. And it probably just needs to be good enough, not win some efficiency contest in Germany. So while you will get a modest improvement in performance by making perfectly packed windings, the effort needed to do this by hand is simply not worth the quite modest gain. Just focus on making the winding well packed and homogenous but don't worry about laying down a perfect coil. It's just not worth your time.

And, I would note, the majority of mass produced motors and generators all use wild winding, simply because it is so much cheaper to manufacture. Higher performance devices of course will have more costly, geometrically controlled winding techniques, but you quickly get into the realm of diminishing returns. Some examples of mass produced motor and generator pole and field coils are below.

As long as you set the bar for winding quality to about what you can see in these pictures (regardless of the actual coil shape etc, these are meant only as illustrations of wild winding, don't worry about how they have their poles arranged, just look at the neatness of the winding itself), then you should get a result that, while improvable, is still going to be pretty good and take way less effort. 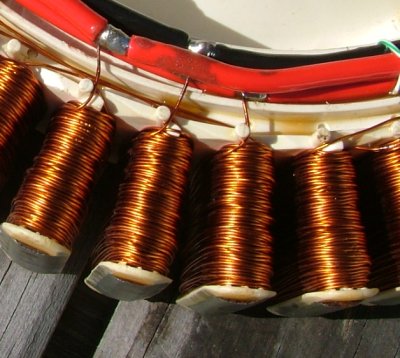 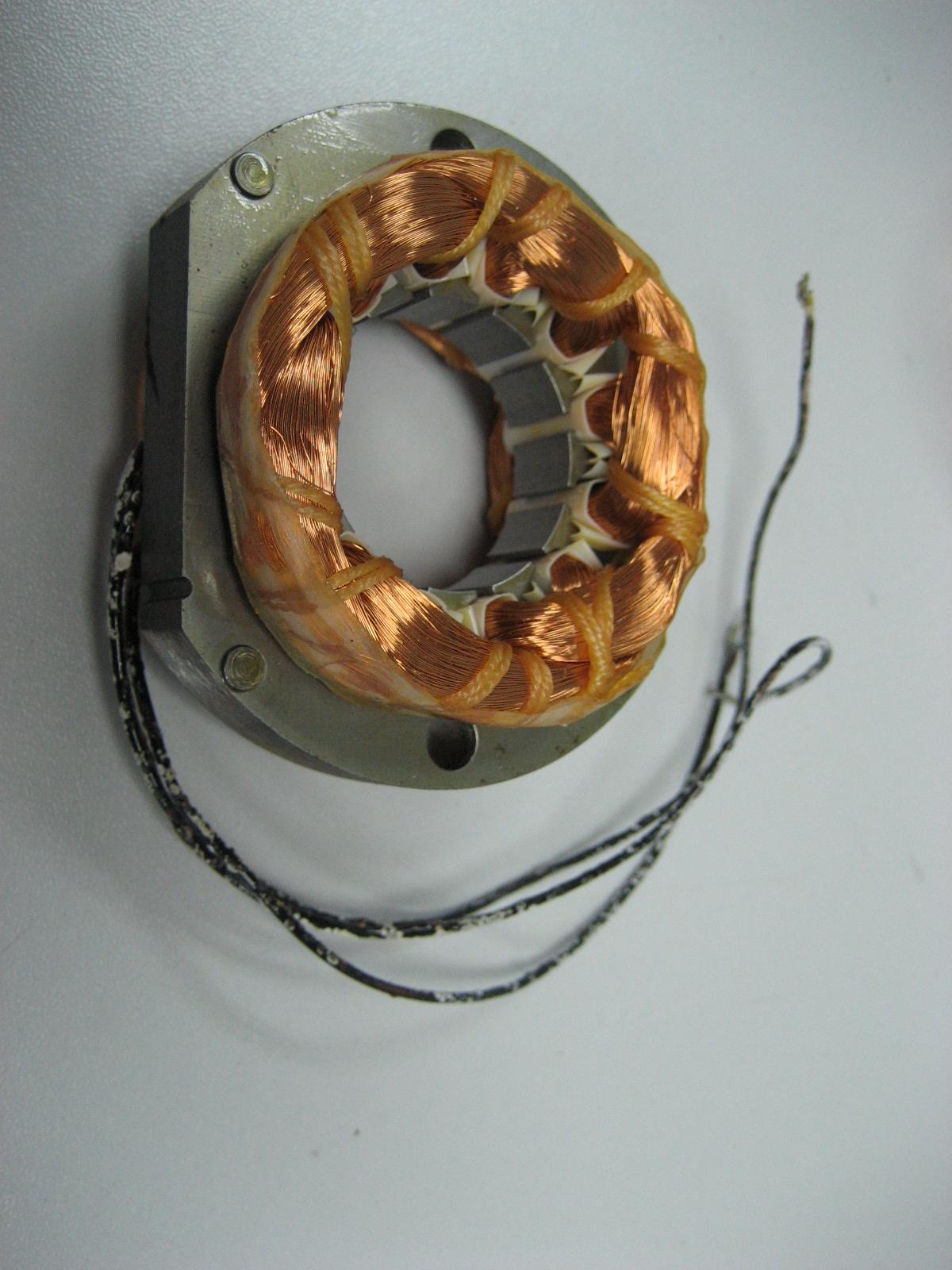 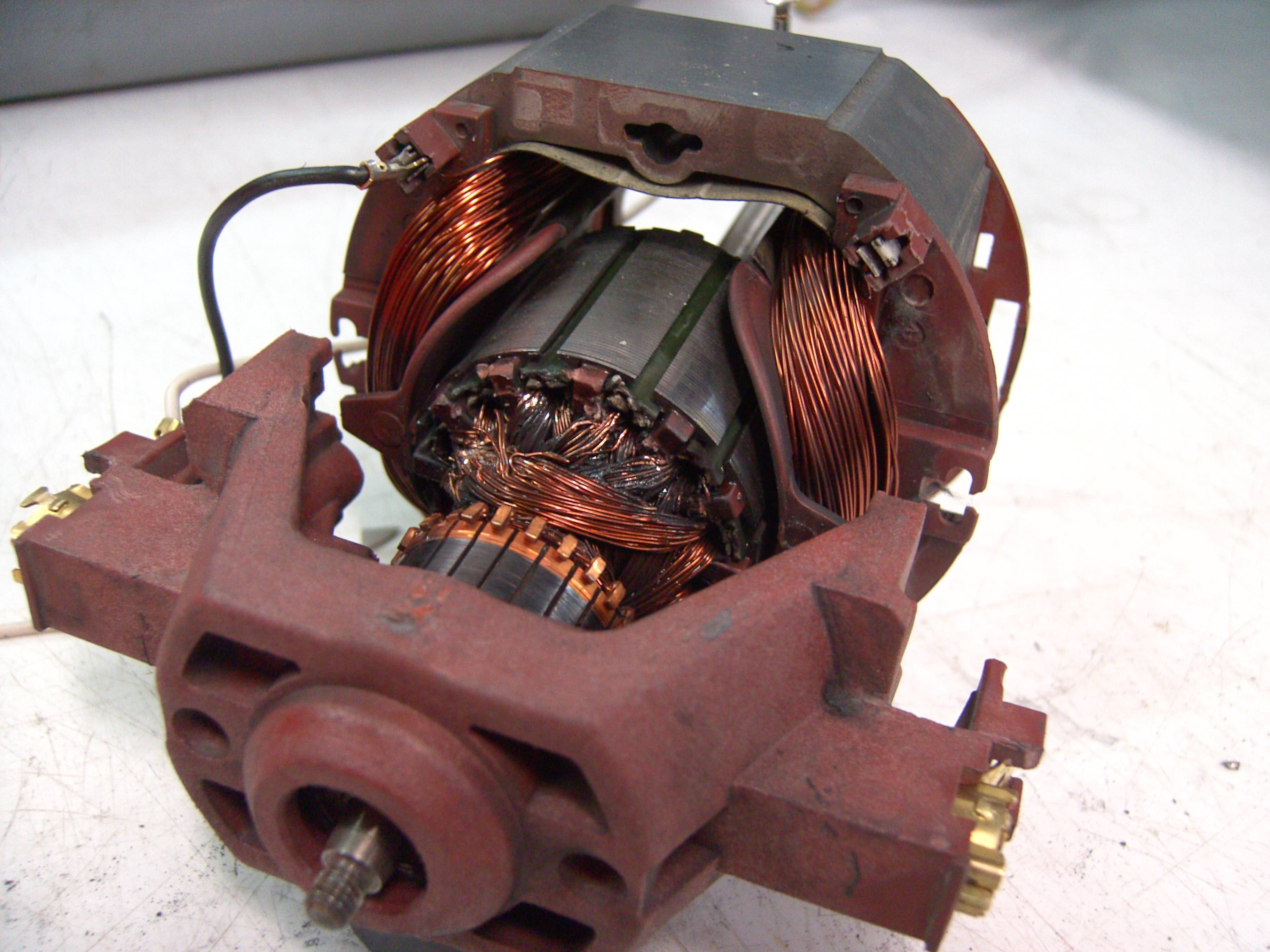 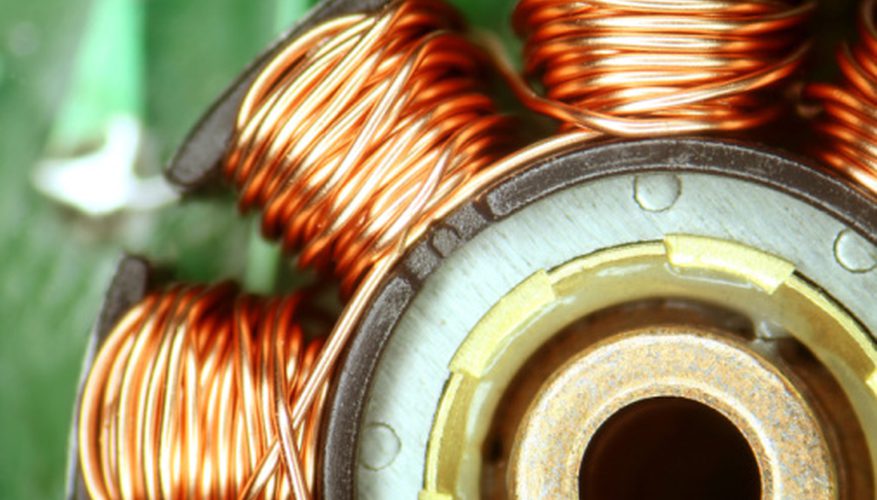 Not the answer you're looking for? Browse other questions tagged electromagnetism generator or ask your own question.

11
Explanation for Differing Stator Winding Orientations
0
Core and winding dimensions for an electromagnet and bifiliar winding
4
Electromagnetic Coil
1
Building electromagnets and general pointers
0
Calculating number of coil turns for a generator
2
How would magnetic wire (not magnet wire) affect the inductance of a coil?