Why are 555 timers so prevalent? [closed]

I've noticed is that 555 ICs seem to be extremely common. Why is the 555 so prevalent, or ubiquitous; what about it so useful?

I'm not a 555 fan and only used them a couple of times over several decades but they do have their uses.

Why is the 555 so prevalent, or ubiquitous; what about it so useful? 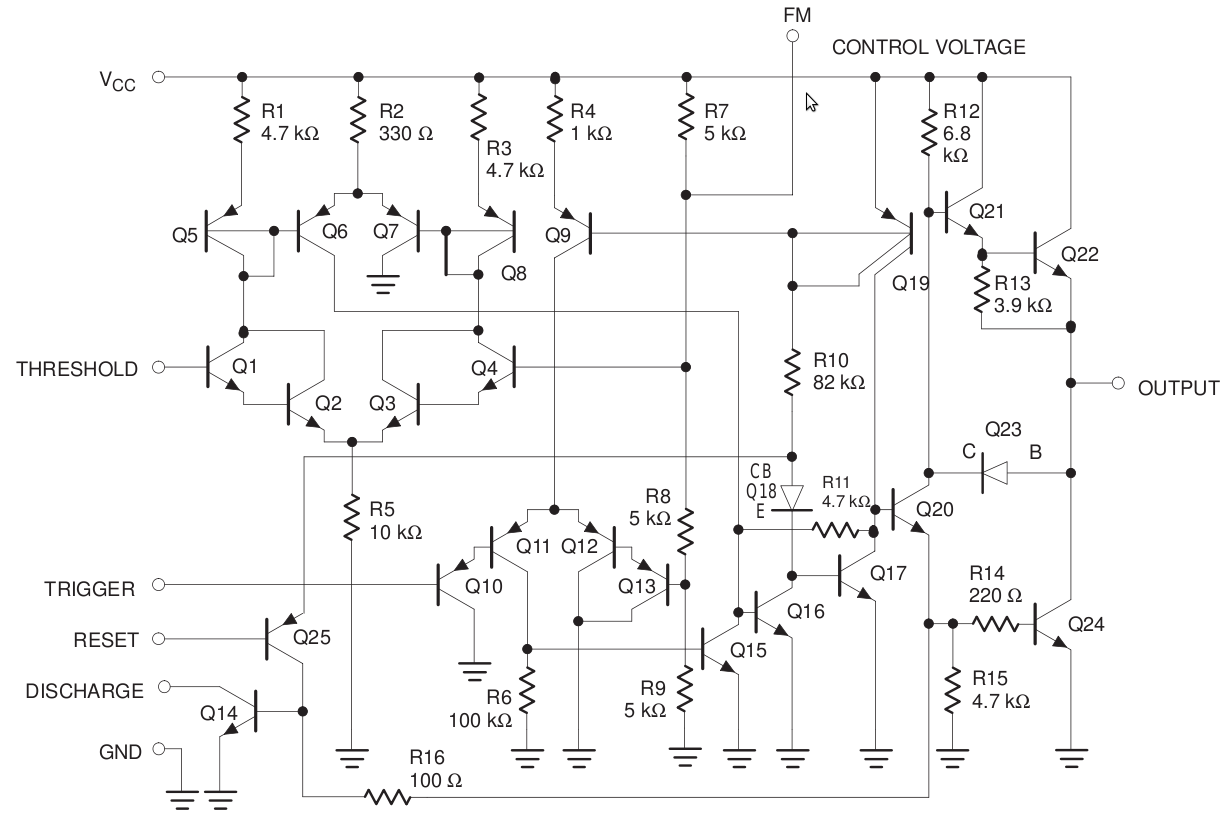 Figure 1. Internals of the 555. Note that all transistors are BJTs.

The IC was designed in 1971 by Hans R. Camenzind under contract to Signetics and introduced in 1972. The 555 is still in widespread use due to its low price, ease of use, and stability. It is now made by many companies in the original bipolar and in low-power CMOS. As of 2003, it was estimated that 1 billion units were manufactured every year. The 555 is the most popular integrated circuit ever manufactured. Wikipedia

As you can see the 555 is a really old design that has simply stood the test of time because, for a quick and simple method to perform various functions at lower frequencies and tolerances, it is simply really hard to beat at the cost. That being said, many serious designers may say that using them is "cheating".

There are many, many circuits designed around it out there, many of them quite interesting in how people have found novel ways to use them. There are even books dedicated to the old lady.

The points @Transistor raises in his answer also sum it up... a classic example of...

"When you get it right the first time it will stand the test of time".

It depends on what you mean by common.

The 555 is very widely used on hobby and home brew projects and in simple example circuits as found on the web. This is because it's flexible, simple to use and works off a huge voltage range making it ideal for use in quick and dirty simple circuits where high precision isn't required. It's also old enough that there are lots of examples around of how to use it since it features in some of the earliest books and tutorials.

It's not common in modern professional designs where it is considered too inaccurate for most applications and the required functionality can normally be implemented elsewhere without requiring an additional component.

The other part you will see a lot is the 741 op-amp. It's a dinosaur, modern parts out perform it in every possible way but people still want to use it.

The 555 was an early champion. I used a lot of them from around 1971 to 1976, as well as some multi-555 chips. I eventually became dissatisfied with such timer/oscillator parts because they could put a lot of noise onto the power and ground buses when charging and discharging the user-supplied timing capacitor.

Later all these single-function parts became largely irrelevant. As time went on, most simple operations were being performed by code on microcontrollers which had their own carefully designed clocking arrangements, analog and digital io lines, etc., etc.

Those early years of designing with op amps, 555 chips and 7400 digital logic were fun, exciting times. In retrospect that period was just a phase. For better or worse, the world of electronics is completely different now, with the nuts and bolts of electrical engineering not so easily accessible to the student and hobbyist.

Not the answer you're looking for? Browse other questions tagged integrated-circuit circuit-design timer 555 education or ask your own question.

1
Why does this circuit keep killing my 555 timers?
2
555 Input Impedance
0
What causes inaccurate time in 555?
0
Radioshack 555 Timers
1
How do I produce a 1Hz clock output using a 555 timer IC? Are there better ways other than a 555 timer IC?
0
Why isn't my 555 cascading timer working?
0
555 timer and biasing
1
Simulated 555 timer not working
2
Appliance countdown timer using current transformer and 555 timers