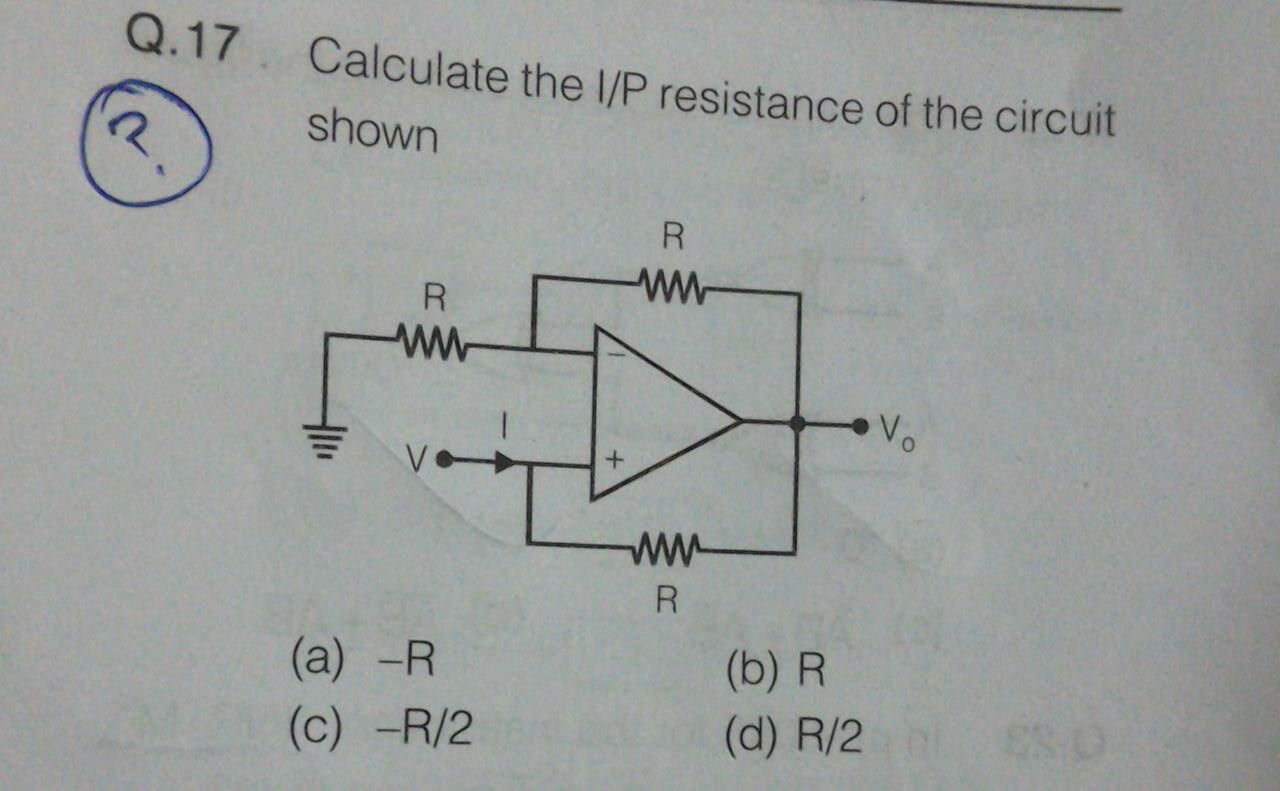 BY applying virtual ground i will get Vo=2v now applying nodal at non inverting terminal i will get (V-2v)/R=I now from this i will get V/I=-R. but the answer given is Option B mean only R

whats mistake i am doing?

Negative resistance means that the circuit has a tendency to be unstable. If the input signal source has reactive parts, the circuit can oscillate. If there's a series resistance greater than R, the circuit drifts to max. output limit + or - because it supplies the needed input through the feedback to the + input. The circuit gets saturated. When saturated, the input resistance is R. 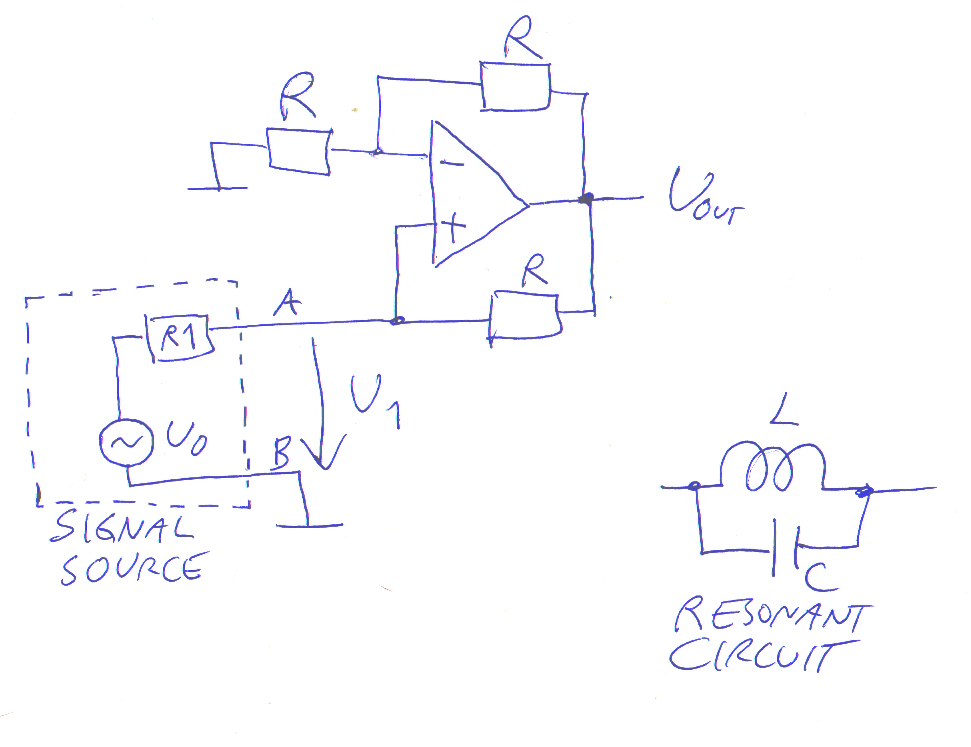 Because the opamp actively pushes current trough the feedback resistance R to the singnal source, the behaviour depends heavily on the internal resistance R1 of the signal source. If R1 > R the circuit is unstable. Uout pulls U1 and small Uo cannot resist. For example if R=10kohm, R1=11kohm, Uo=sinusoidal 0,2Vpp, the opamp has +15V and -15V supplies and behaves otherwise ideally, then the output voltage is constantly either +15V or -15V.

The signal source sees in this case a resistor R who has the other end connected to +15V or -15V. This is what I mean by saying "input resistance is =R"

Bigger peak to peak amplitude Uo can flip the state of the output. The circuit is like a Schmitt Trigger which is designed to convert continuously changing voltages to 2 state square waves.

Let R1 be less than R. For example R=10kohm and R1=9kohm. Let Uo still be small, say 0,2Vpp. If you simulate the circuit, you will see something not very usual: U1=2Vpp and Uout=4Vpp. The circuit seems to amplify the signal already in the input of the active amplifier. 0,2Vpp has grown to 2Vpp. That's how negative resistance works. Between A and B theres -10kohm as the load for the signal source. That amplifies.

Is it real or some kind of illusion created by the simulation? If there are long wires that can work as resonant circuit at the usable frequency band of the opamp, then the circuit probably oscillates in practice. You can simulate this by replacing R1 by an LC resonant circuit. Let R=10kohm, L=1mH and C=1uF, Uo can be 0V (=wire) the opamp can be nearly anyone and the supplies of it are +/- 15 volts. In a couple of seconds you see that Uot starts to swing between the + and - maximum output voltages. The frequency is about 5kHz.

Not the answer you're looking for? Browse other questions tagged operational-amplifier homework or ask your own question.

8
op-amps: where to split the rail?
3
Why are feedbacks connected to the negative terminal of op-amps? Example given
0
Determine the position of the charge for equilibrium
0
Why can't I apply nodal at the ground terminal of this Op amp?
0
Input resistance
1
Op-Amp gain calculation
0
What is the voltage at the inverting input terminal of an op-amp, with respect to ground?