I've bought a 433 Mhz Transmitter/Receiver pair, or so I think. I cannot make them work, and I started to think that maybe the seller sent me a 315Mhz transmitter / 433 receiver pair by mistake (I've seen people online complaining about things like that, mainly because both types of modules look exactly the same and are easily confused apparently).

Here is a picture of my modules: 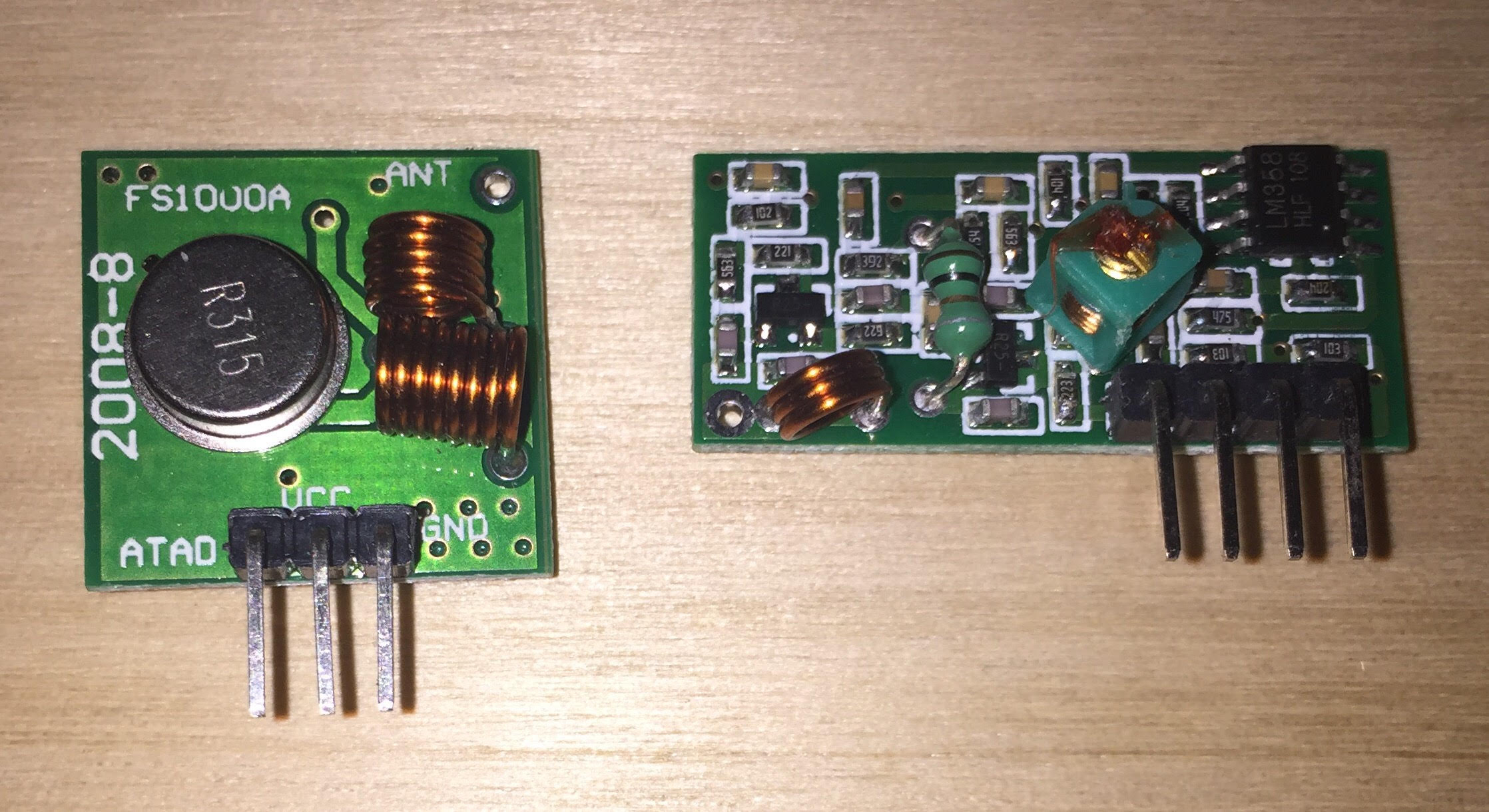 As you can see, the transmitter module (the one on the left), has a "R315" engraving. This suggests me this is indeed a 315Mhz transmitter. Is that so? I've seen pictures online of other transmitters with a "433" mark, so probably yes, I guess...

Now, the receiver module (the one on the right) does not have any special engravings or marks. On the back side it reads "XY-MK-5V" (which I googled but many articles are about "315/433 modules" so I don't think that's conclusive): 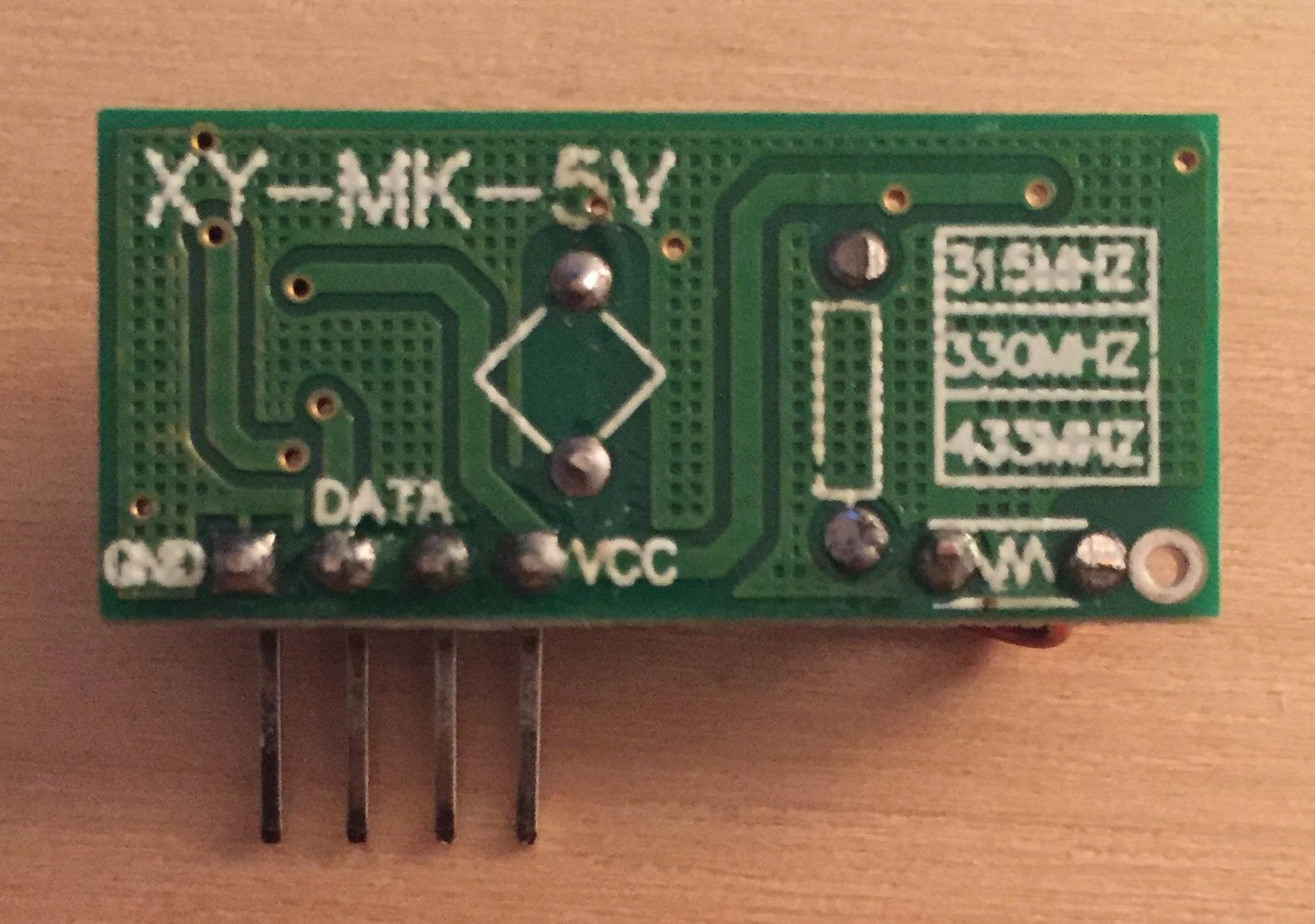 How could I test in which frequency this receiver module is operating? Is there a simple test circuit I could build to do that?

Many of the cheapest RF modules are sold with very unrealistic claims of data rate and maximum communication distance, and sometimes with very little (or even incorrect) documentation. VirtualWire will help these modules perform as well as they can, but the old saying applies: "you get what you pay for". For example, the 315 MHz modules shown above were documented with only this image. 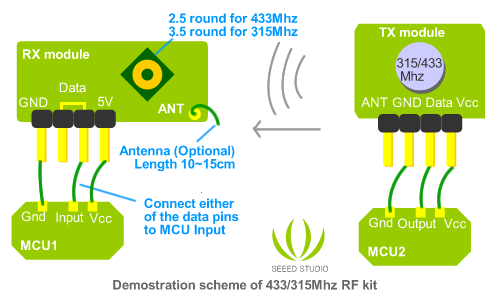 Not the answer you're looking for? Browse other questions tagged rf testing detection 433mhz or ask your own question.