I have a transformer test report in which the zero sequence impedance has measured according to IEEE standard. YNyn0 Transformer has rating of 132/11kV, 45MVA, 28% impedance with no delta winding. In the test report there is no single value for zero sequence impedance but have three derived impedance values. They have measured Z1no, Z1ns and Z2no. That is impedance measured from primary side while secondary open and short, and impedance measured from secondary side while primary opened. Eventually calculated Z1, Z2, and Z3. These are the steps of deriving. 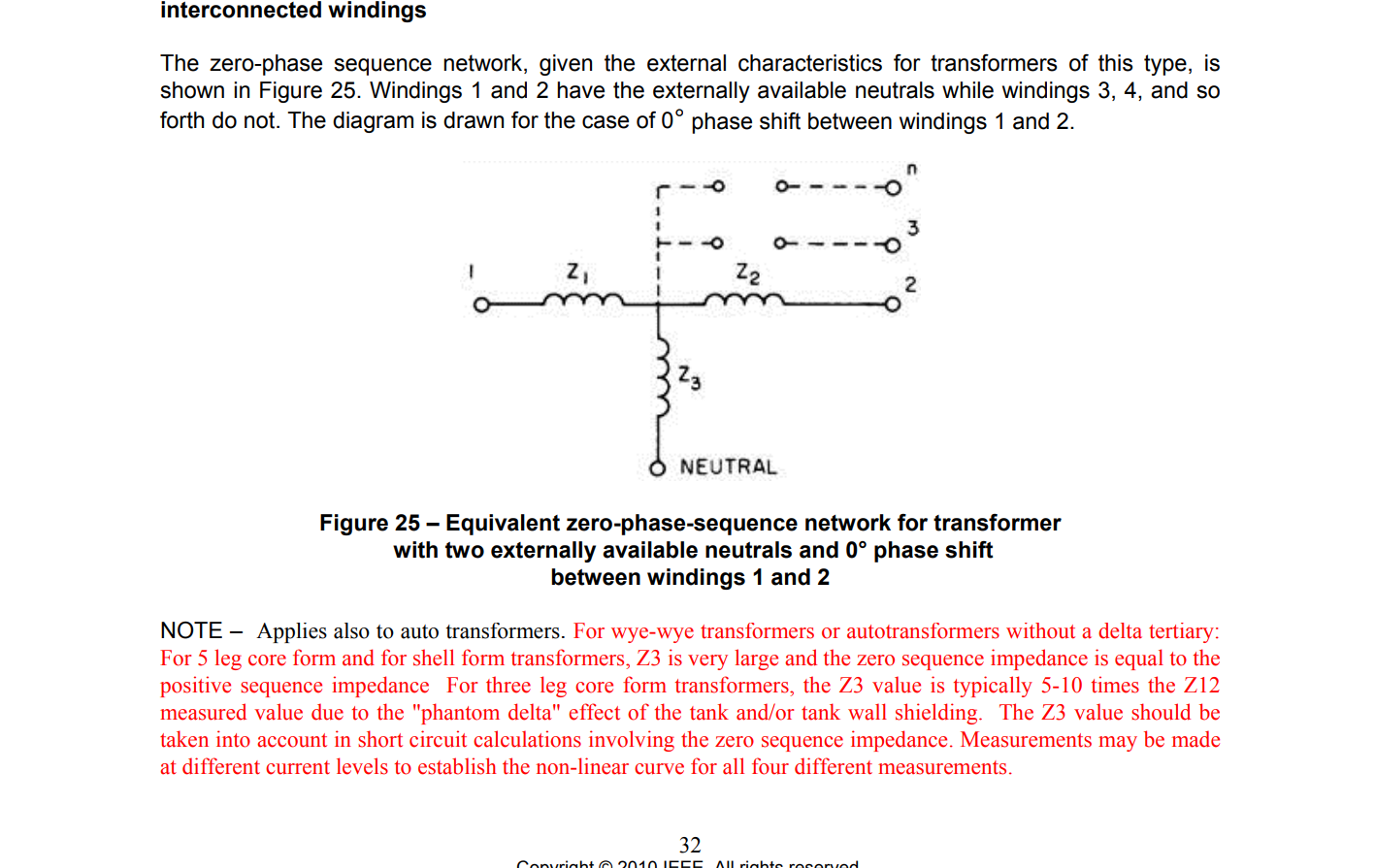 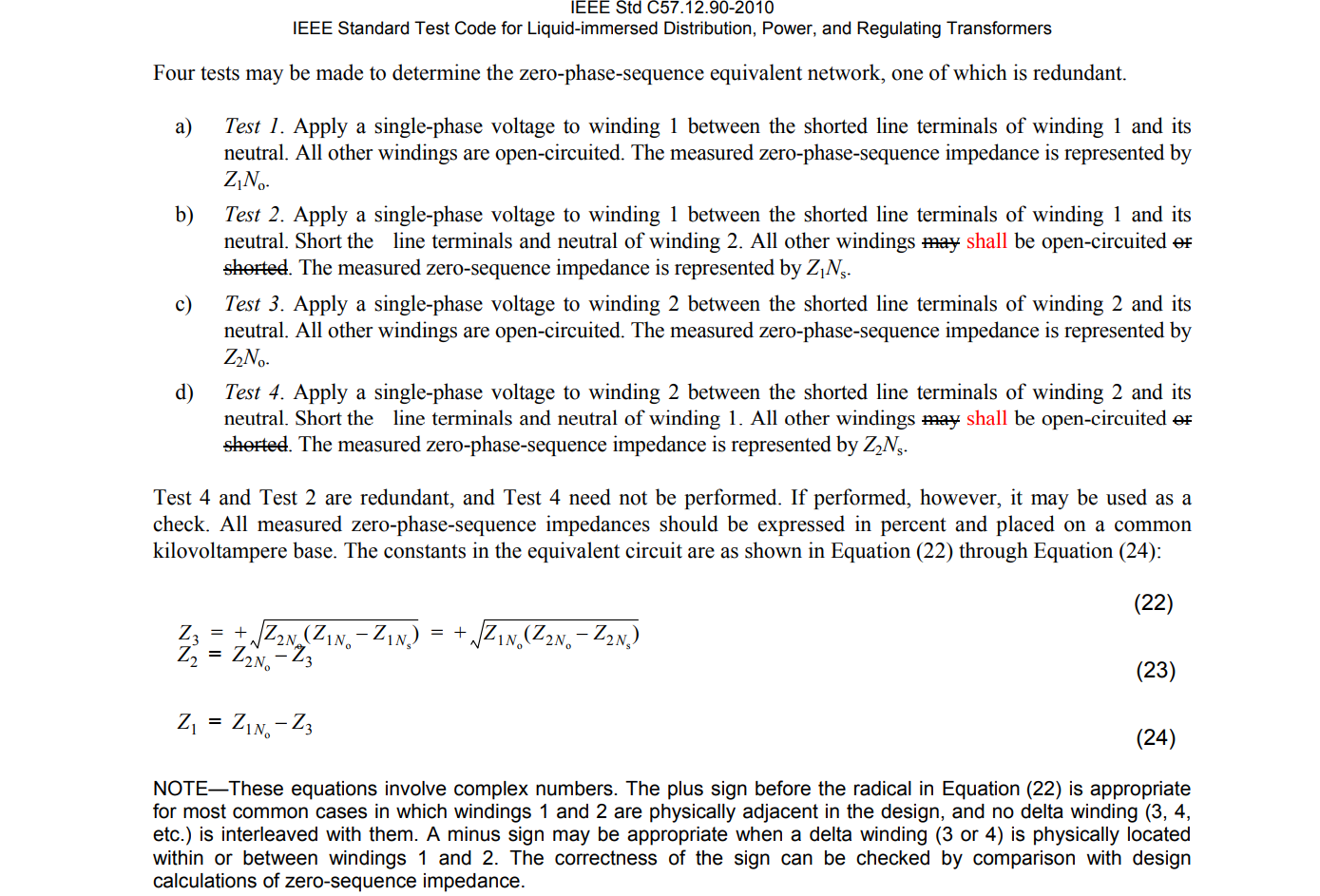 I assume this Z3 is phantom/ tank delta impedance. My question is what should I used as zero sequence impedance? is it Z3 or any combination of Z1,Z2 & Z3?

quite similar question! What is the zero-sequence equivalent of a YNy0 transformer?

If the Z3 component is very large, like would be found in a 5-leg core or shell-type unit, use Z12 and ignore Z3. If Z3 is low enough to affect your calculations, like in a 3-leg core design, implement it as a Ynyn0d 3-winding transformer in DIGSILENT PowerFactory. Use the standard pi-to-tee equations to calculate the effective zero sequence impedances Z0ps, Z0pt, Z0st for entry in PF.

0
In the transformer equivalent circuit,why the primary and secondary windings are not coupled with magnetizing inductance?
2
How does flux exist in a transformer?
8
Typical zero sequence data for 80MVA transformer
2
Transformer frequency dependence
1
Modelling grounding reactor as transformer
3
What is the zero-sequence equivalent of a YNy0 transformer?
1
Is a current limiter recommended for an isolation transformer rig?
2
Turning an inductor into transformer and leaving the secondary open
0
Finding Transformer Leakage Impedance from S/C, O/C and Winding resistance tests