The 80s digital logic PCBs and more precisely arcade game PCBs were laid out in a specific manner.

What is noticed as a PCB novice: 1) The (mostly 74 series TTL) ICs are laid out in a strict regular grid 2) There were quite thick power/ground planes around the board 3) There was quite a lot of space between ICs, much more than on later boards using DIP ICs *

Can anyone elaborate on why PCBs from that era were made like this?

What was a limitation of the design process (CAD/Manual) or manufacturing/assembly process?

Was the regular layout (point 1) only to make troubleshooting easier? I often read in service manuals things like: "Solution: Bad 74LS20 at location 3A"

Is there any read-up on the theory of these layout guidelines? 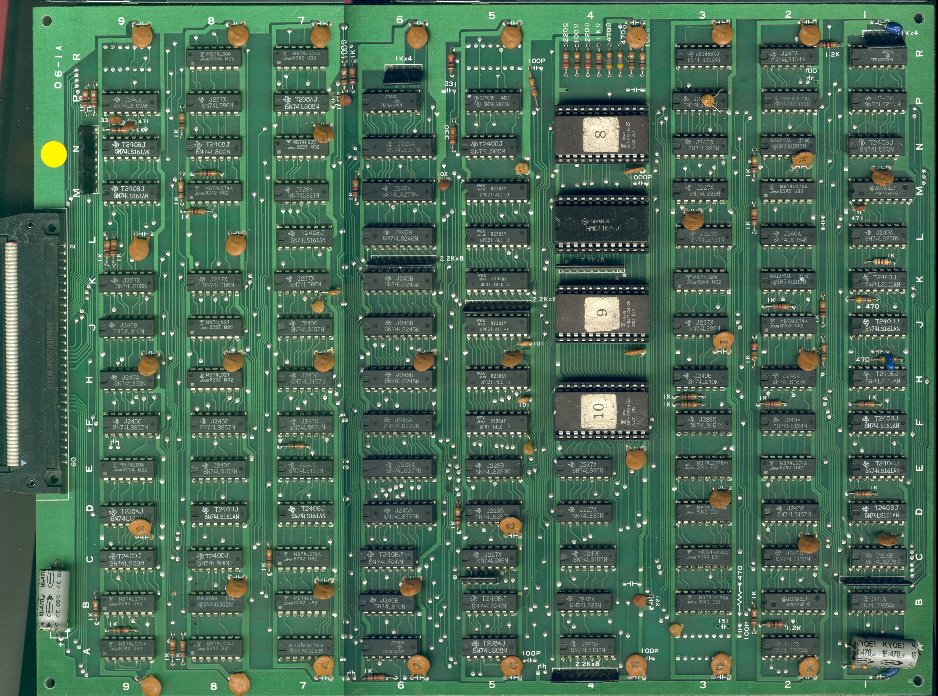 It was mainly convenience. Having the ICs in a regular grid has lots of advantages, some of which you've mentioned.

With low functional density, any significant application needed a lot of ICs, so the ability to refer to them in documentation by a grid system made for much easier debugging.

You'll notice that ICs of different lengths are still placed on a regular grid, so it's the grid that's important, not the space between them. The improvement in area that you could get by squeezing them together is small, and outweighed by the loss of convenience. It's one less thing to think about when laying them out, the ICs are going to go here, the power grid is going to run in straight lines here and here.

It's not a CAD limitation per se, after all, the CAD copes with local departures from regularity quite happily.

Ye olde 74 series TTL was very power hungry, so boards like this needed (relatively) thick/wide power tracks. LS74 cut that power a lot, and by the time HC cmos came along, processors and logic arrays were starting to reduce the need for boards of dense logic just to get functionality.

Not the answer you're looking for? Browse other questions tagged pcb digital-logic layout or ask your own question.

0
How are Circuitboards with Multiple CMOS Chips Routed?