What's the logic behind the load simulation in Simulink's power_microgrid example?

I'm trying to understand the Simulink example "Simplified Model of a Small Scale Micro-Grid" in order to build something similar. If it's included in your Simulink version you can access it by writing power_microgrid in Matlab.

I get how they simulate the behaviour of the solar panels and the battery using a controlled current source, but my problem comes with the simulation of the houses. 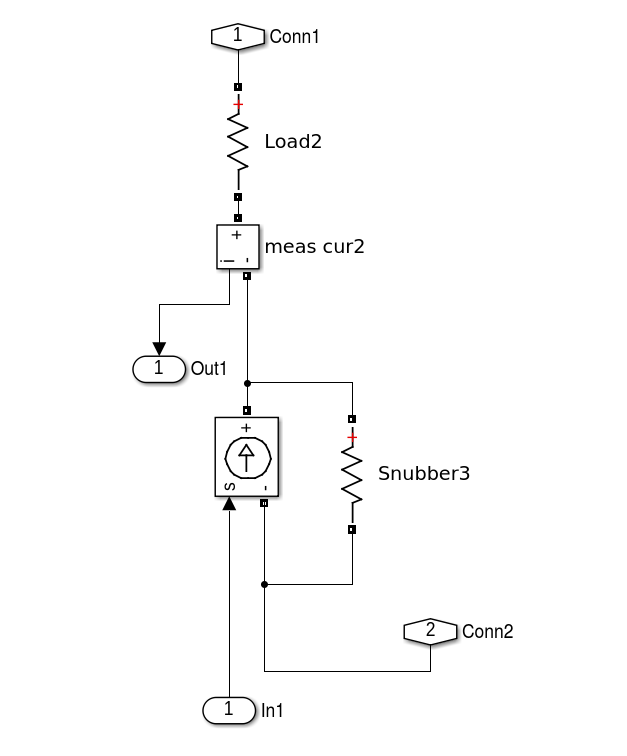 The circuit is very similar to the one inside the battery and panels. I understand that this way they can change the power dissipated inside the resistor and simulate the loads of the house, but isn't the current source introducing "free" energy into the system, that can flow into the battery and charge it, or modify the voltage of the system?

Its not free energy to the system.

What the ideal current source does is facilitates forcing current around the loads & from the supply.

If there are loads forcing current to flow, the resultant VA can be measured and the affect on voltage distortion can be seen at the utility

This is for two possible reasons,

1) Constant impedance load (CZL) (electrical heater for example): in this case the load is simply modeled by the equivalent impedance. (\$\alpha=2\$)

3) Constant power load (CPL) (motor drives a pump for example): in this case load is modeled as combination of both aforementioned modelling schemes.(\$\alpha=0\$).

In real life the load is a mix of the three models.

Second reason is to model harmonic injection of the load in case of studying the power quality of the microgrid. This is to ease the computational effort (instead of simulating a group of converters and linear loads you simulate their effects only).

Not the answer you're looking for? Browse other questions tagged power simulation energy simulink power-grid or ask your own question.

3
Visual logic designer + simulation
23
What can I put a kilowatt into? (Or: help me save my hairdryers)
1
how to design a microgrid
0
Simulink “ideal switch” block changes output unexpectedly
0
Maximum power point, why do you need to change voltage again? Isn't it simply \$ P = i^2 \cdot R \$?
1
Issue with “Simulink does not support code generation”
0
Simulating a non-linear system in Simulink
0
Simulation of the Micro-kinetic generator