A family member's Bose Wave Music System has stopped responding to its remote control. The battery in the remote control has been changed and I've confirmed that it's emitting a signal (using the "cheap cellphone camera" test). This leads me to suspect that the IR receiver has failed.

I'd like to try replacing it given that the Bose otherwise works properly and initially cost the aforementioned family member a fair amount of money. Even if it hadn't, it seems incredibly wasteful to discard the entire, otherwise-functional system due to the failure of one small, cheap part.

Here's a (rather grainy) photo of the receiver: 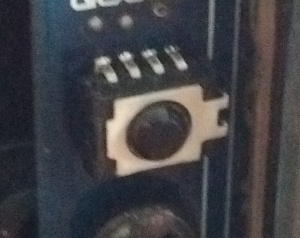 The package appears identical to this one: 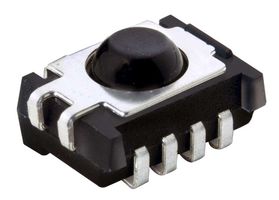 However, I don't know if this package is only used for one particular component or for a family of components with different frequency response characteristics, etc. It matches the package used for Vishay TSOP5038 receiver modules, for example, but is it also used by other manufacturers?

Any information regarding which specific component this might be (perhaps it actually is a TSOP5038) or how I might narrow down the list of possible identities for it would be appreciated!

Browse other questions tagged identification infrared receiver ir-receiver or ask your own question.