High Side Switch Flicker during Power Up

I have some problem with a P-channel mosfet used as high-side load switch. Everything works fine beneath the power up moment.

You can find the schematic in the picture below. 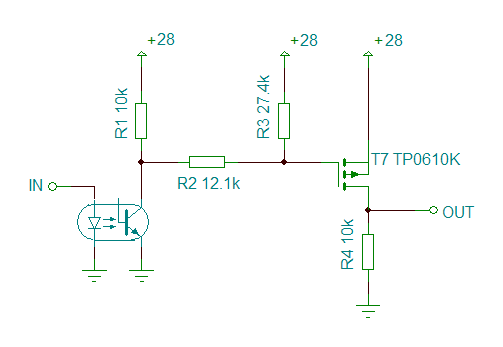 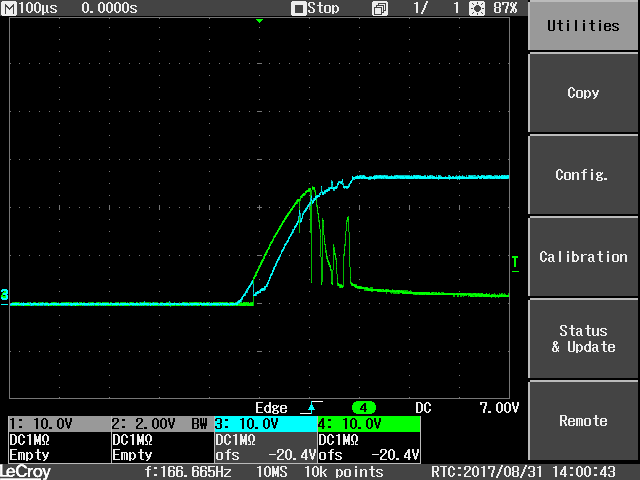 I suppose that this flicker occurs because of the Gate Capacitance of the MOSFET, but I am not sure. Does somebody of you have an idea on how to solve this problem? During this period the output signal should stay at GND level.

Furthermore, I want to tell that on the input there will be a 5 kHz PWM coming from a Microcontroller. As I said before, after the power-up, there are no problems. Edit: The PWM is started after some ms.

Those R values seem rather high for gate control... especially if you plan on using it for PWM. I'd drop those resistor values by at least a factor of 10. Lower resistances will also mean the MOSFET will switch faster and run cooler when you PWM.

You also seem to be driving that gate to significantly lower than the -10V VGS the part is specified to. You are driving it down to 8V, which is -20V VGS.

From the spec sheet, -20V is the absolute max value... that leaves you no room for variation in the 28V, part tolerances, and any other noise spikes. If you look at the other figures it's really defined at -10V, which makes that the manufacturers "normal" operating point.

Not the answer you're looking for? Browse other questions tagged mosfet opto-isolator switching fet or ask your own question.