I apologize if this has been discussed elsewhere and for the length of the post. This is a group project and we plan to take the weight value from the scale and send it via a WiFi connection to another device we are building. We have a pretty good handle on the other aspects of our circuit, but we are stumped on how to successfully get the weight data from the scale.

We would like to keep the bathroom scale intact and essentially just duplicate the output to our circuit. There appears to be many configurations for various scales and we have been unable to determine which approach is correct for our scale.

Here is what we have discovered: (images are at the end of the post)

What we have tried:

We have done quite a bit of research on how to proceed but everything we find is either for another configuration (usually 4-wire load cells) or leaves out several important steps. We know that the scale is very likely working as a Wheatstone bridge, and at this point we think because we have a left and right 3-wire cell that the 2 white wires combined represent only half of the bridge? If someone could confirm that if possible it would be very helpful. Most of the tutorials we have read assume that someone is building a scale circuit and so can define many aspects of the circuit parameters. The two most common methods to get a weight seem to be using an algorithm to convert the voltage from the load cells to a weight, while others seem to involve charging and discharging a capacitor and look at the time it takes to accomplish balancing between the two. We don't know how to determine which method our scale is using.

We are fine to go with the most straightforward solution here that keeps the scale circuit intact. The scale is just small part of a much larger project. We don't have a particular way that we need to get the signal. The easiest and most expedient means is fine.

Any help would be greatly appreciated on how to proceed. If we're keeping the scale intact, should we be focusing on the analog signals coming from the load cells to determine the weight, or is it better to focus on finding the signal produced by the processor? If we should focus on the load cells, are the load cells making a completed Wheatstone bridge themselves, or is there some components on the PCB that are also involved in completing the bridge? If we should be looking for the processor signal, how do we find it? Are we looking for a square wave pulse of some kind or would it be some kind of decreasing linear value? Is it possible our scale is using the method of timing a capacitor charge/discharge balance method?

If you would like to see any other pictures at all I would be happy to provide them. 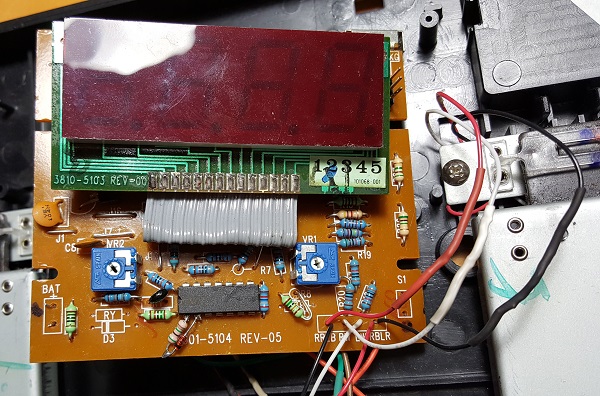 Back of the PCB: 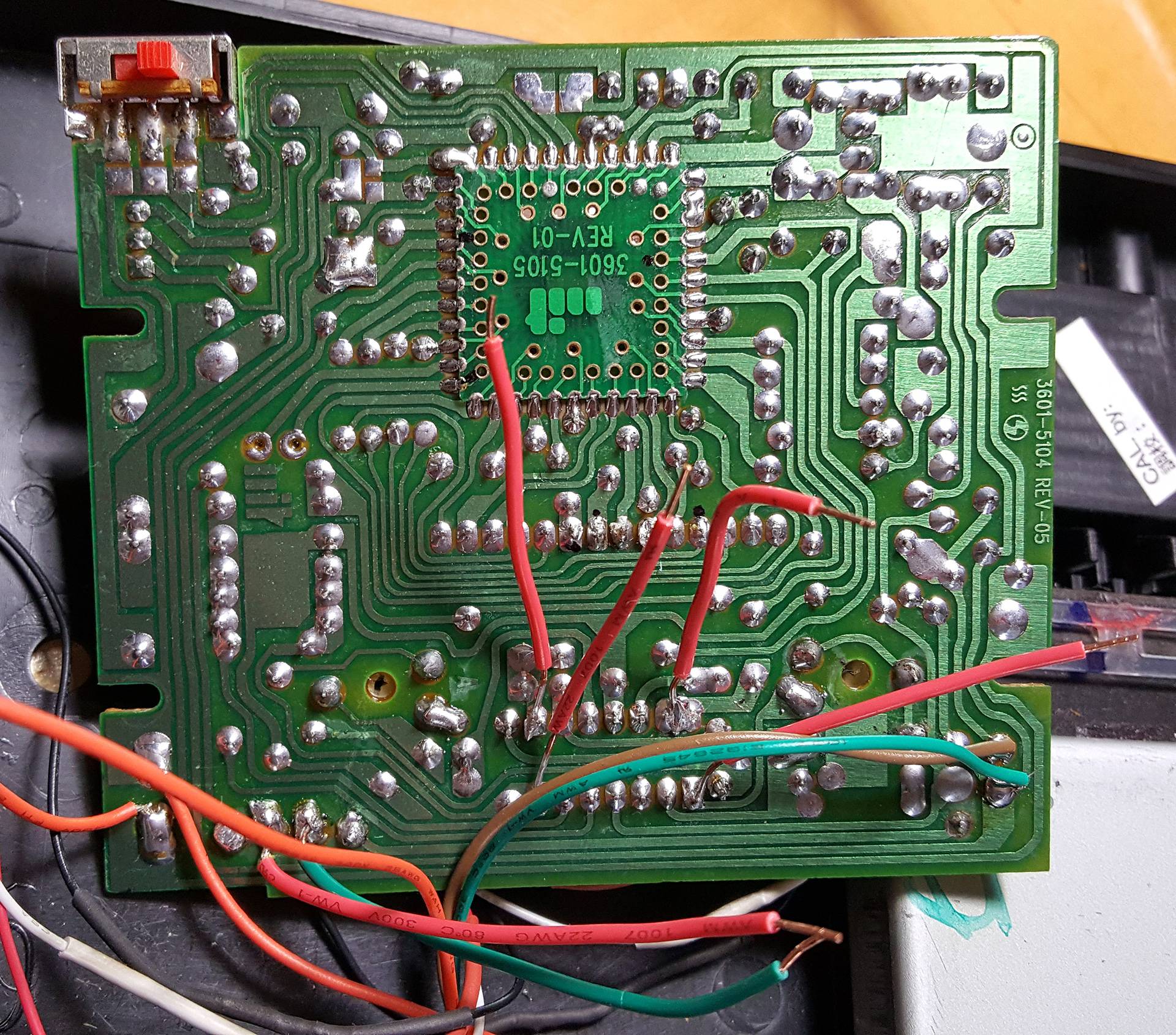 PCB components behind the display: 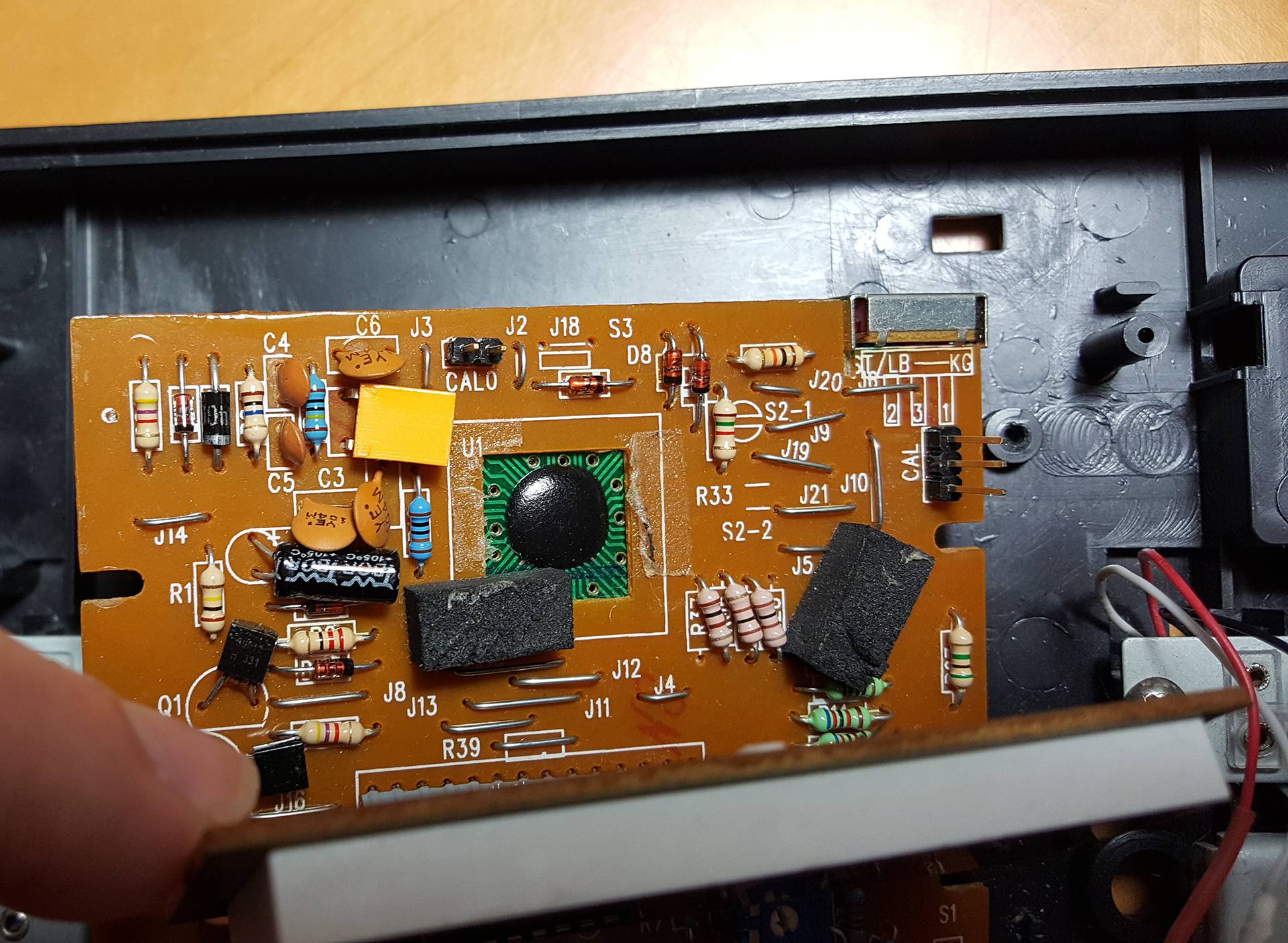 Data plotted from the two white wires (about 850 points): 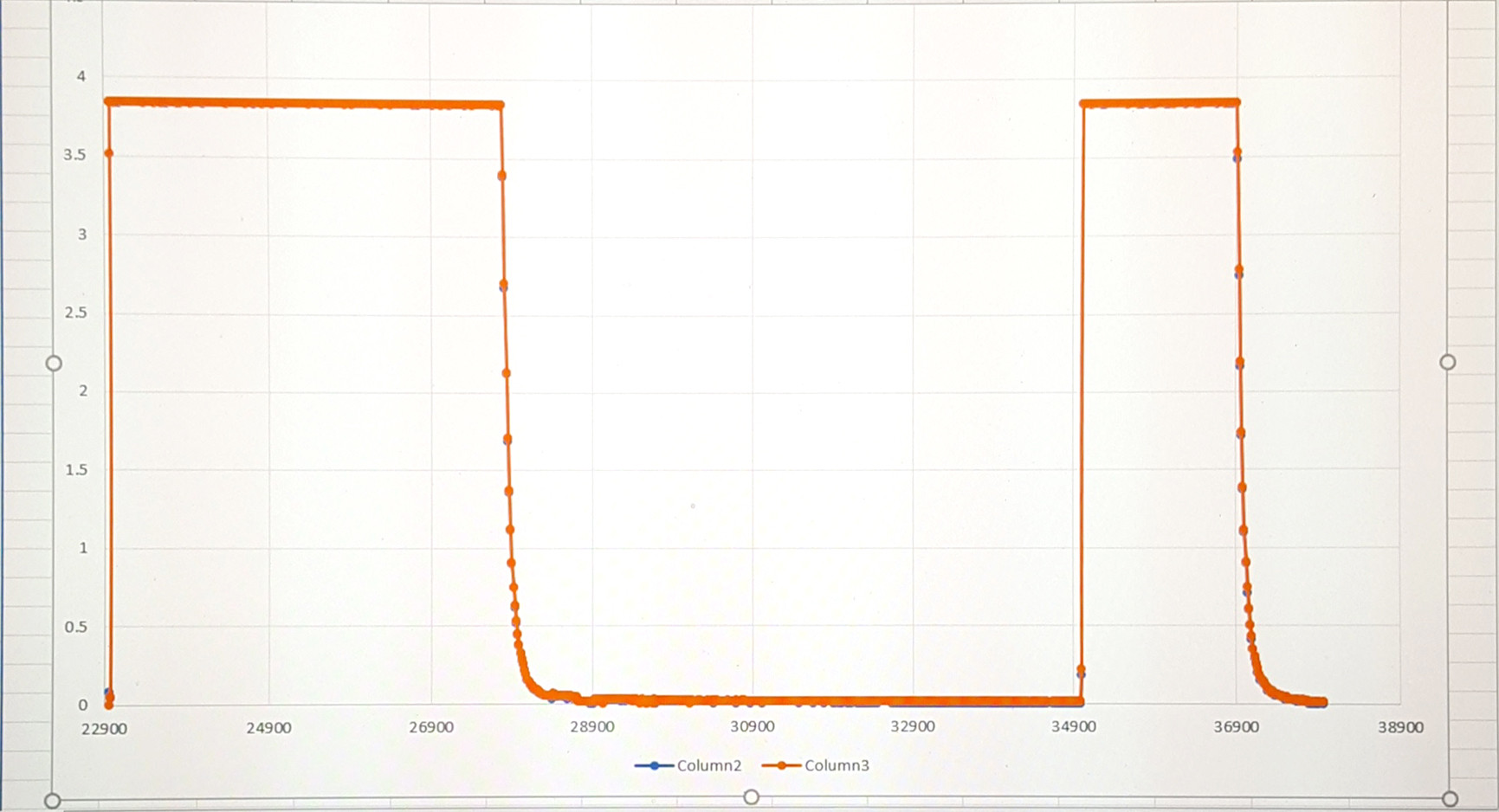 Top view of the whole scale: 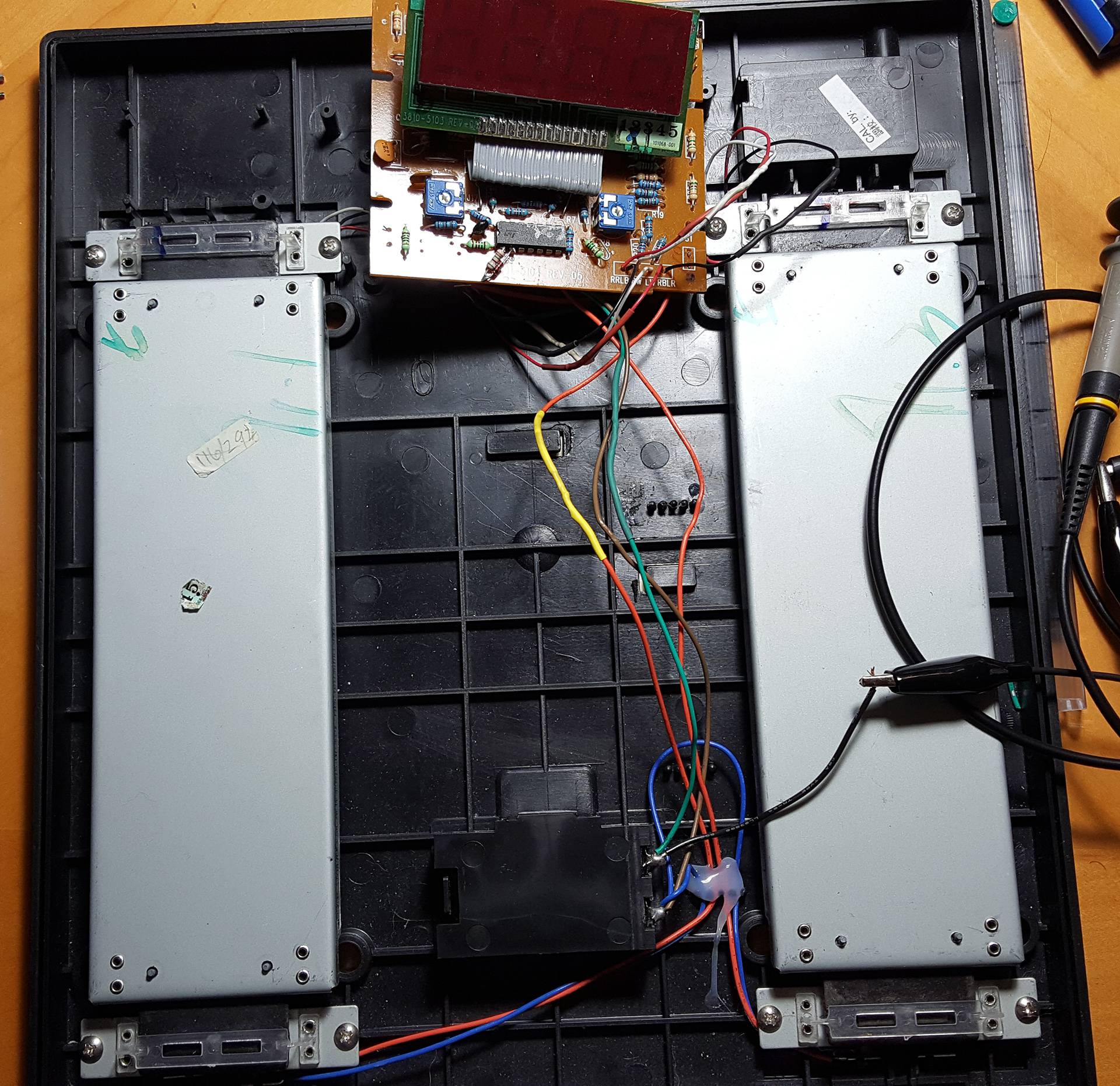 Perhaps the simplest way to "duplicate the output" is to pick up the signals going to the display. This is a multiplexed display:

0
Load Cell DAQ via Arduino Mega
11
Digital bathroom scale circuit - how it works?
3
Combination of four half-bridge load cells
11
3-wire load cells and wheatstone bridges from a bathroom scale
1
3 wire load sensor connection to INA125P
2
Configuration of load cell on digital scaling
3
How do I use this Strain Gauge sensor?
0
How to select load sensor for specific application
0
How do I remove bathroom scale auto shutoff feature?