Flyback Boost converters use a transformer and this setup is still referred to as galvanic isolation. 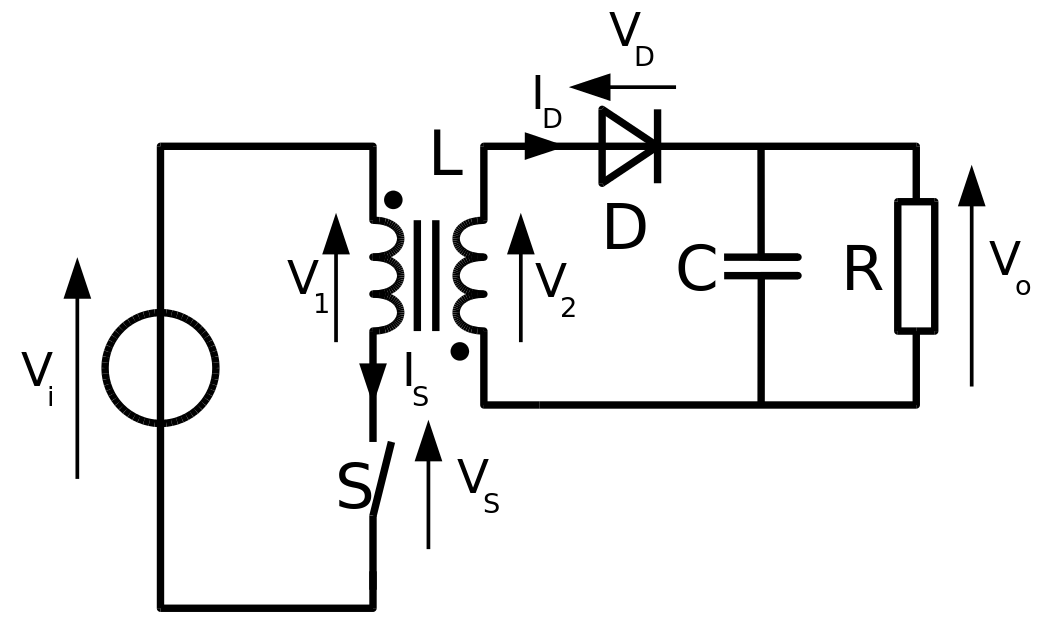 In most use cases, the output voltage is usually orders of magnitude greater than the input, and still at a significant power rating.

Considering that the higher output voltage means that whatever circuitry connected to the output lends to a higher risk of shock (even at low currents).

How does the use of the term galvanic still apply?

(I understand using the term galvanic isolation for step down circuits such as phone chargers; but cannot wrap my head around it for boost converters esp. high power).

Galvanic isolation means that no (significant) current can flow between two parts of the circuit (here, the input side and the output side). It doesn't mean the output voltage of a circuit has to be lower than the input voltage.

Galvanic isolation is very important in mains power supplies, because a failure to galvanically isolate the two sides may put the low-voltage output side of the power supply (and whatever it's powering) at mains potential.

This galvanic isolation is the subject of safety regulations, and can be a real concern with low-quality power supplies. See for example this teardown of a fake Apple charger, or this teardown of a USB charger (that is actually putting mains on the USB ports!)

In a step-up converter (and indeed, anywhere else), galvanic isolation still means the same thing: no (significant) current can flow between two parts of a circuit.

One way this can be relevant is if the input side of your circuit is (or can become) earth-referenced. With galvanic isolation, there is only a voltage across the two output terminals, but the output terminals are floating with respect to earth ground. A shock risk should only exist when someone touches both terminals.

However, if the galvanic isolation fails, one of the output terminals may become earth-referenced, putting the other terminal at a high voltage relative to earth ground, creating a shock risk when just the one terminal is touched! 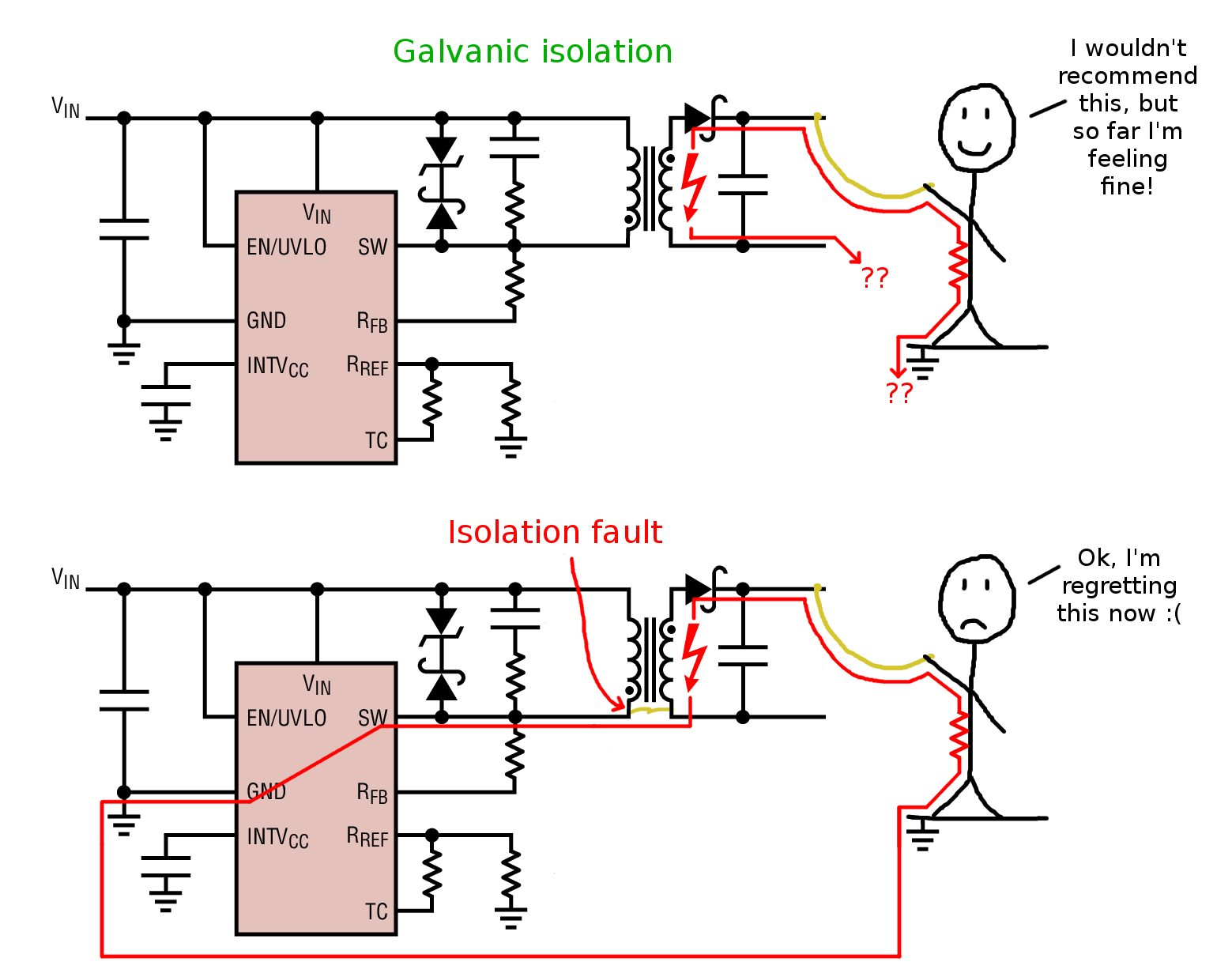 Galvanic insulation refers to the fact that the two circuits (primary and secondary, or input and output) do not share a conductive path, so that virtually the impedance between any two points (each belonging to one of the two circuits) is infinite.

In reality it is not: stray capacitance is always there, maybe a few pF or a fraction of pF.... This is an important parameter to check, especially for electrical safety and common mode noise coupling.

Objective : so, what's for?

Not the answer you're looking for? Browse other questions tagged transformer dc-dc-converter isolation terminology or ask your own question.