I have a circuit where I'm switching the primary of an audio transformer using relay NO/NC contacts. A partial schematic is shown. 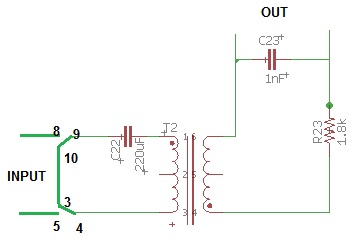 The problem is that I'm getting inductive kick whenever the contacts close to switch off the input. This can be seen in the scope image below and is audible as a "pop" at the output. 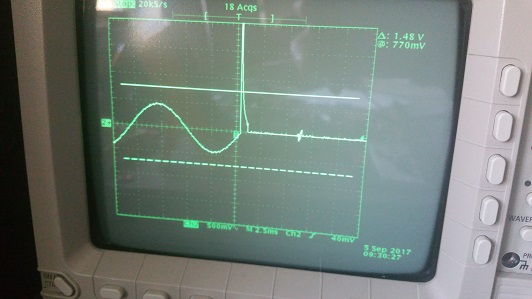 I have the high pass on the secondary and impedances right where I want them, with a corner frequency at 99.6kHz and slight underdamped peak at about 56kHz. That gives a relatively flat response up through 20kHz. Part of the issue is also that the input should be able to handle 3Vrms, and the spikes are not that high (generally 2-4V). I've read that a snubber circuit is commonly used for this, but not sure where to start. If treated as a low pass filter, the large 220uF cap as part of the snubber would need a tiny resistor to pass audio frequencies, and I think would throw off the impedances.

Would appreciate any useful input.

UPDATE: So after considering the responses and researching mute circuits, I realize the above circuit drawing demonstrates what I wanted to accomplish but is horrible in implementation. Even with make-before-break contacts, trying to break both sides simultaneously and have them do so at the same time to prevent inductive kick is wishful thinking, so I've implemented the following circuit: 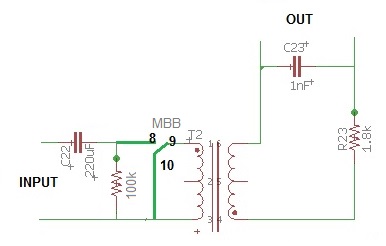 While a little slow to charge initially, this eliminates pop from DC on on, and inductive kick from off.

Question: Is it an issue if blocking caps are left floating as opposed to discharged when disconnected? In this case, removing a connection at the input doesn't allow the 220uF cap to discharge.

ANOTHER UPDATE: So an upgrade with make-before-break contacts seems to not have solved the issue after all ... the DC seems to be taken care of, but now I have a huge "ON" spike, and I don't understand where it is coming from. Here is the new circuit: 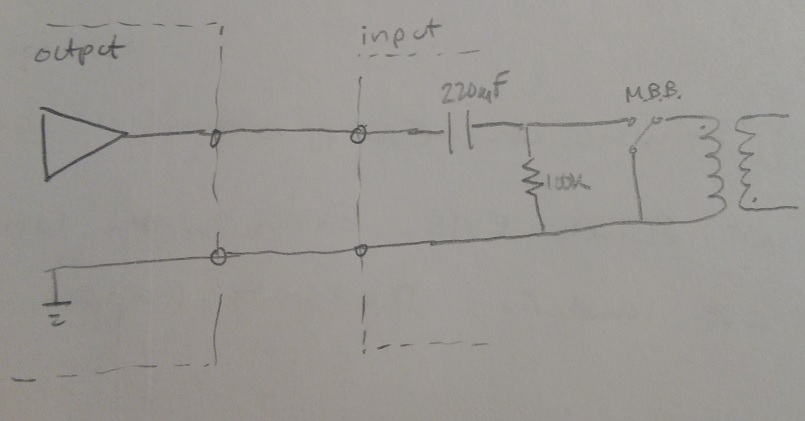 Here is the result at circuit output (beyond transformer secondary) whenever the relay gets switched: 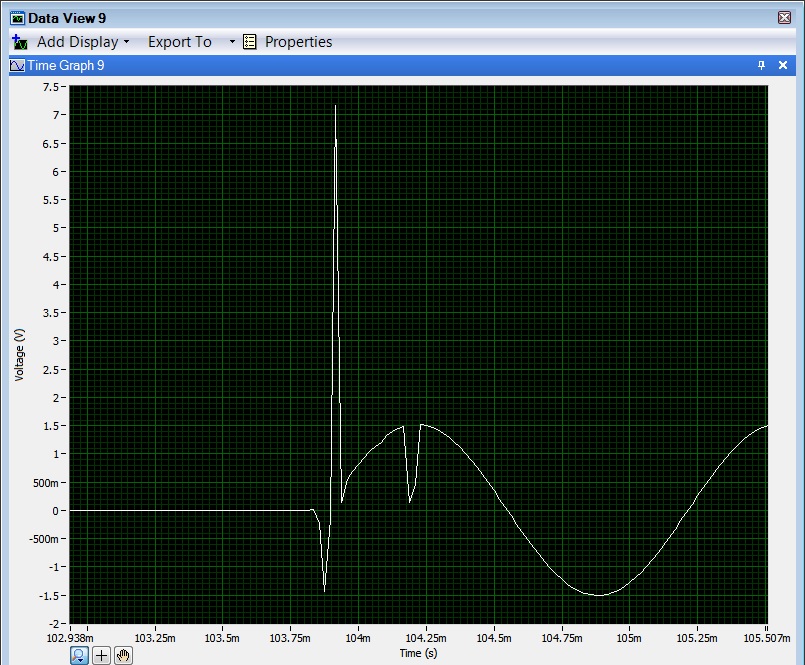 There is a shorting of the transformer primary for a double-digit microsecond duration when switching on, but this wouldn't be the cause, would it? Also there is a much smaller spike when switching "off". Maybe bouncing contacts? Any ideas?

1) You can add a muting circuit. Probably the secondary side would be easier, for example across C23. This can be an analog switch that shorts across C23. You would apply the mute circuit momentarily before opening and closing your input relay.

It can be an analog switch, a relay, or even an optoisolator. Just depends on your design specs.

Also, you might want some high value resistance across C22 to bleed off any residual charge on it.

2) You might also consider replacing the transformer with an instrumentation op-amp so you don't get inductive kick back, but still get the common-mode rejection of the transformer. You also would not need the huge 220 uF capacitor.

3) Replace the relay with back-to-back MOSFET switches that you can softly turn on and off with a voltage ramp signal.

Not the answer you're looking for? Browse other questions tagged audio transformer inductive or ask your own question.

4
Inductive "kick" and possible dangerous experiment
0
Cause of shoot-through in H-bridge
8
Audio transformer: What to do with an unused winding?
5
Switching inductive loads at long distances - best practice
1
Audiable pops when switching DC biased audio signal
0
Transformer switch off spike
1
What happaned when the flyback transformer is in saturation?
1
Solid State Relay for Large Inductive Load