I built a simple swamp cooler that consists of a 12v DC pump and a fan connected in parallel to a power source.

When I repeatedly connect and disconnect the power source, eventually the fan dies. I lost multiple fans this way already. I'm not sure if it happens on the connect or disconnect. When the first fan died I thought that water might have killed it, but it happened twice more with a different, waterproof fan. Once there was a burning smell.

I thought that maybe an inductor in the pump produces a voltage spike when the power gets disconnected, burning out the fan in the process, and that the addition of a flyback diode might prevent that.

When I measure the voltage across the pump in isolation while disconnecting the power, I see the voltage spike shown in the screenshot below. I expected a negative spike but I see a positive one, and it seems a flyback diode won't help with that. 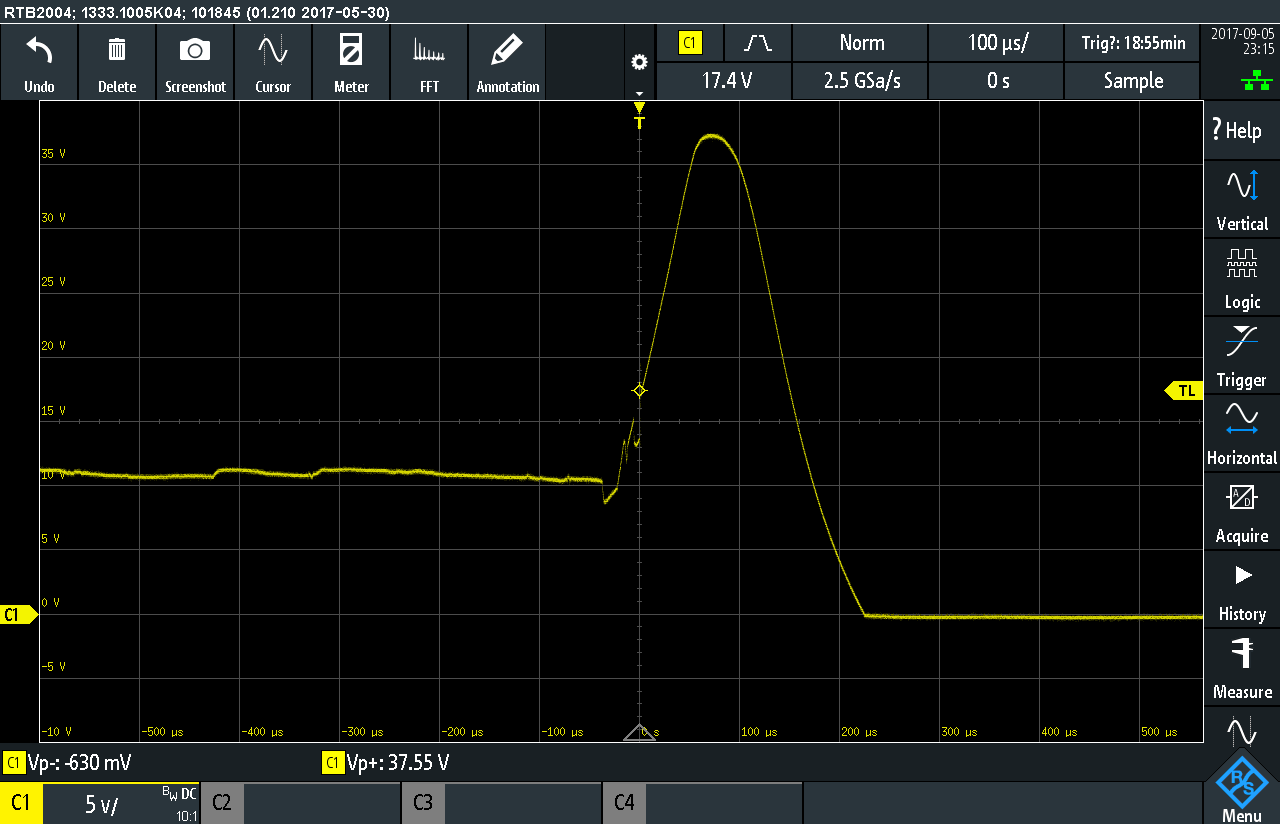 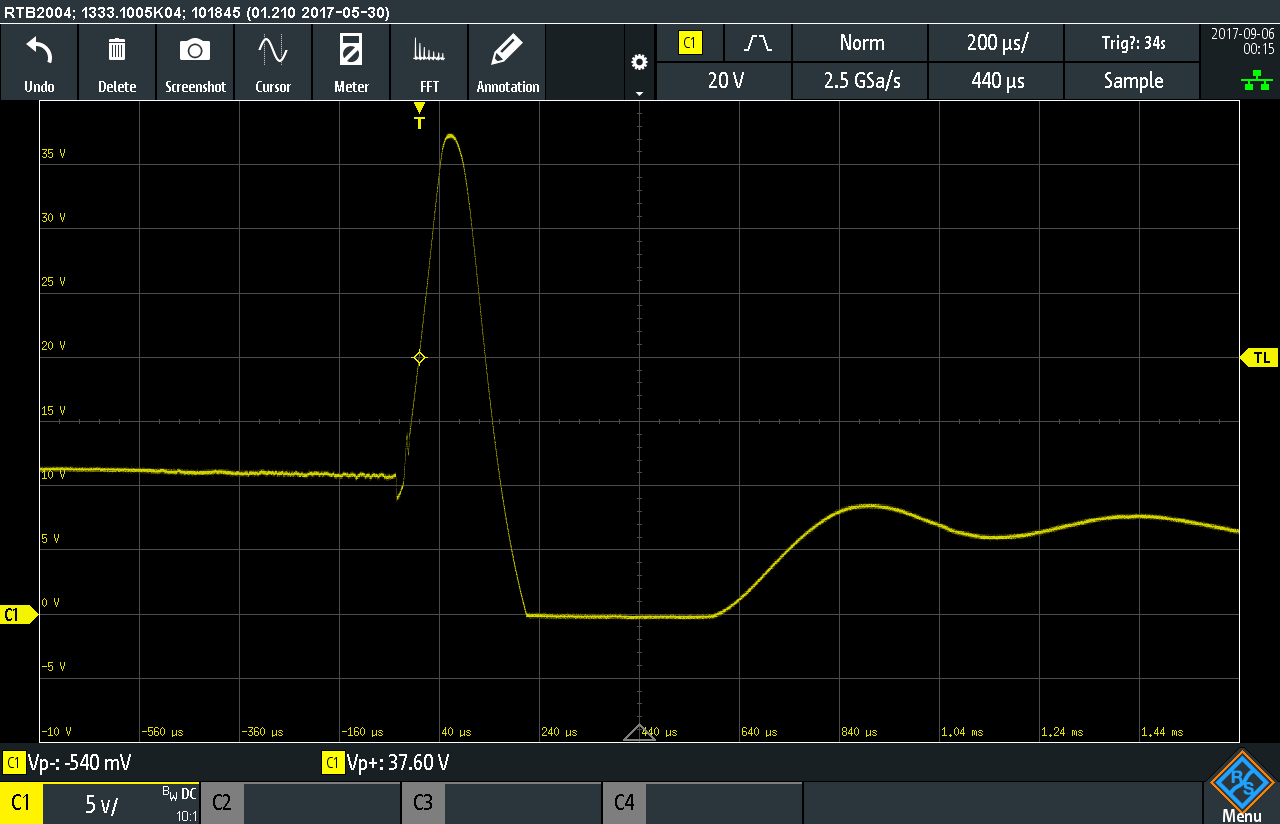 Update: One commenter recommended a 10000uF capacitor but the largest I had around was a 470uF one rated at 50V. I tried that, and it fixed the problem, no more voltage spikes. 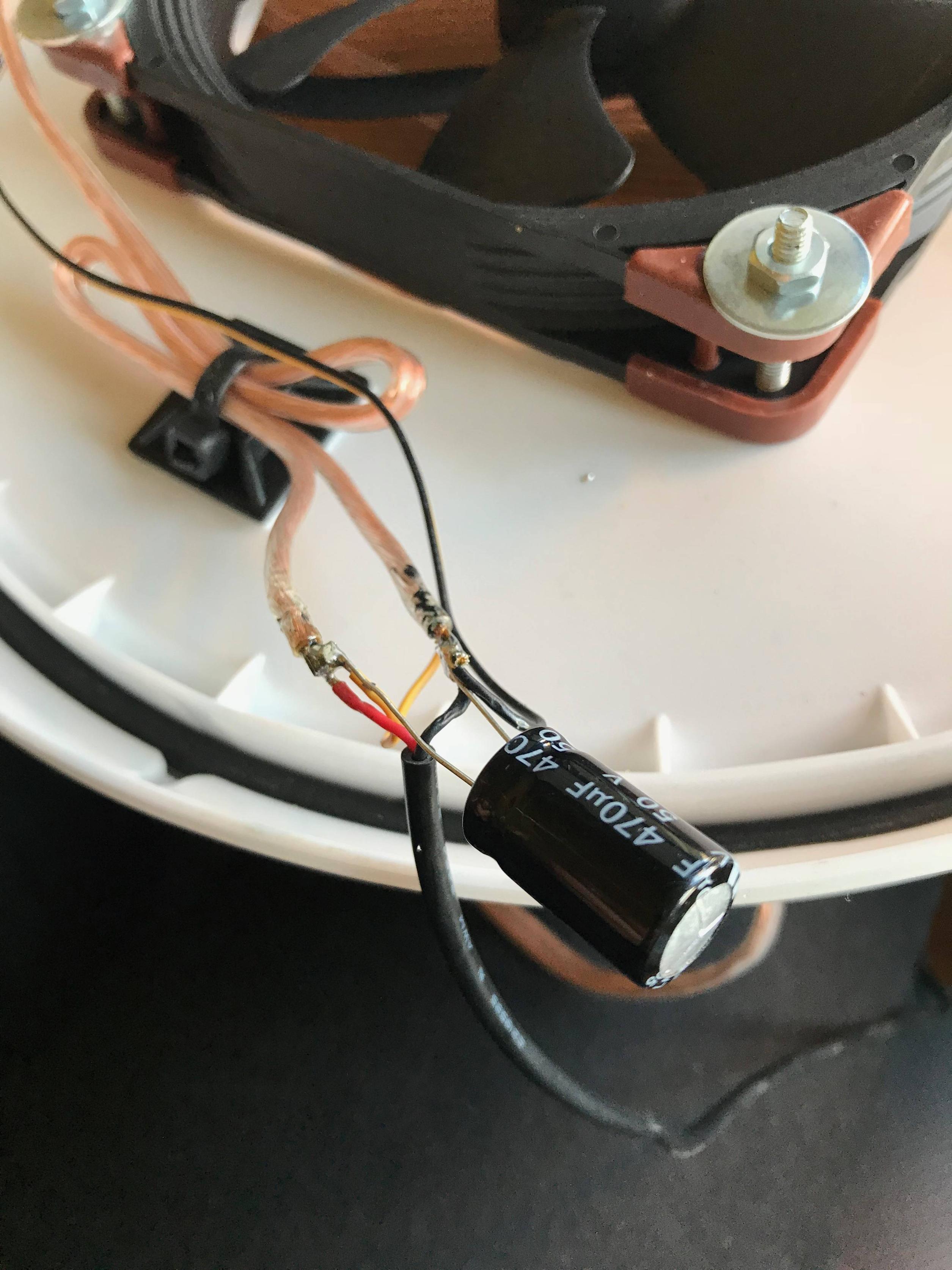 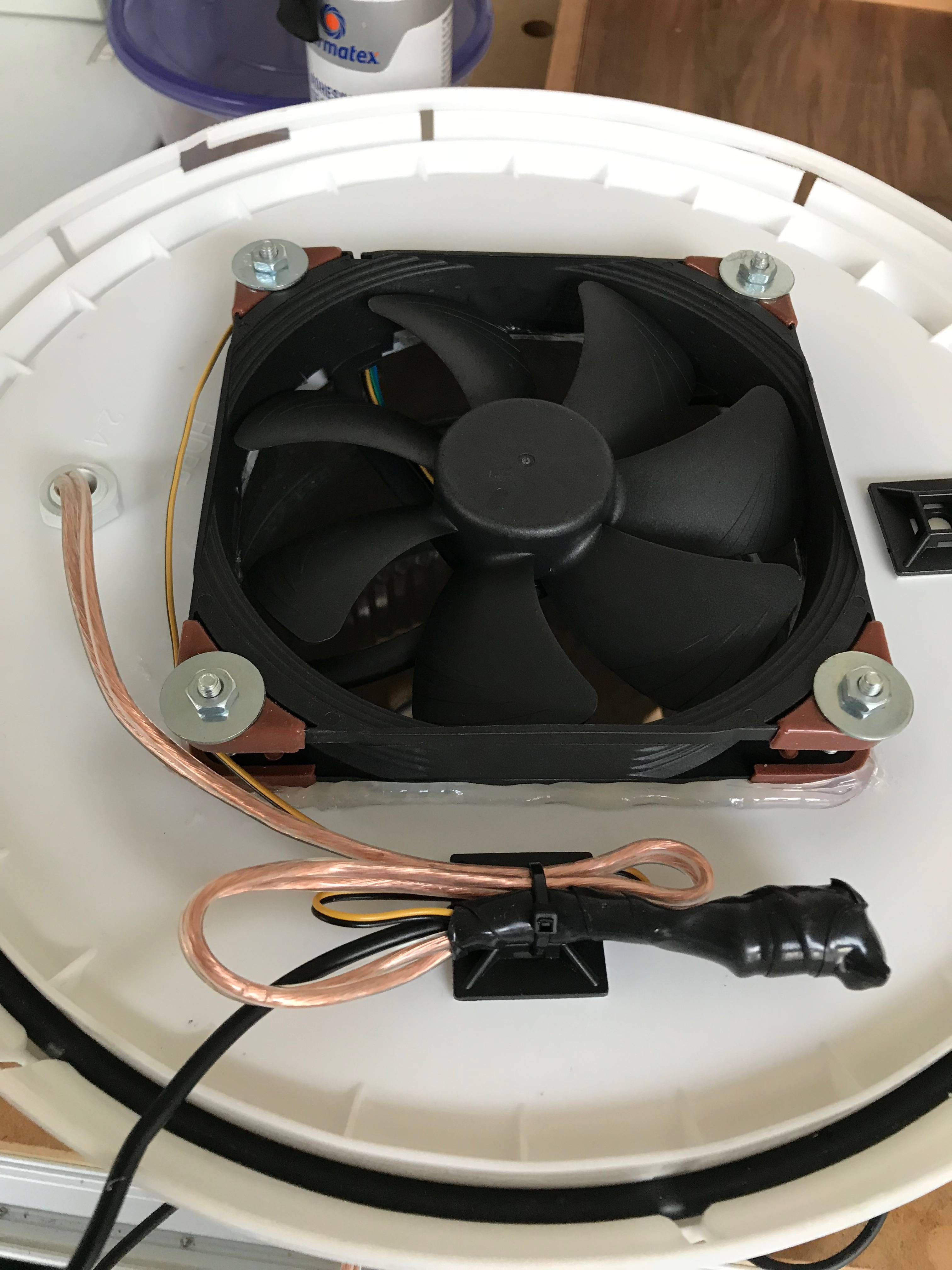 Out of interest I also checked if the fan produced any spikes that might damage the pump. It did produce some small negative spikes on power down but the magnitude seemed harmless. I quickly checked if a flyback diode would help and it did, but I ended up not adding that to keep it simple. 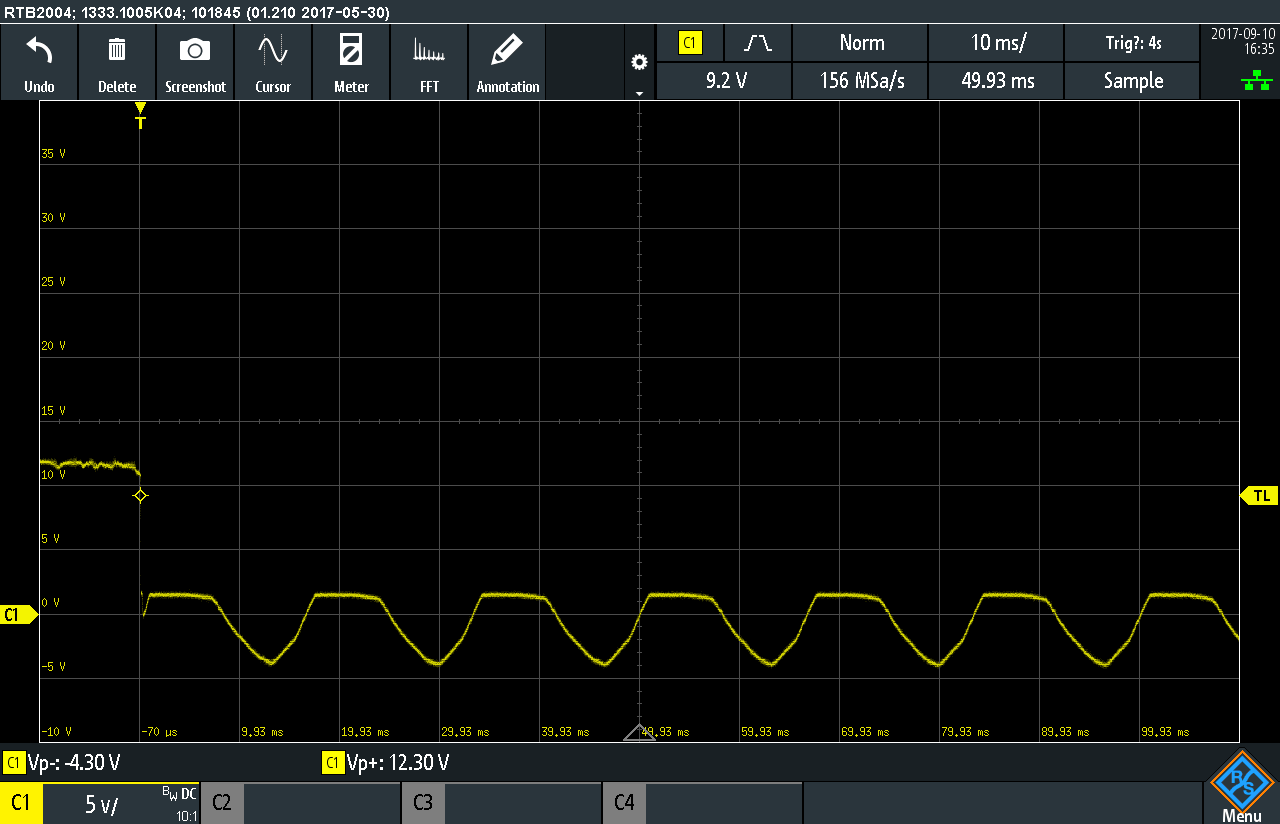 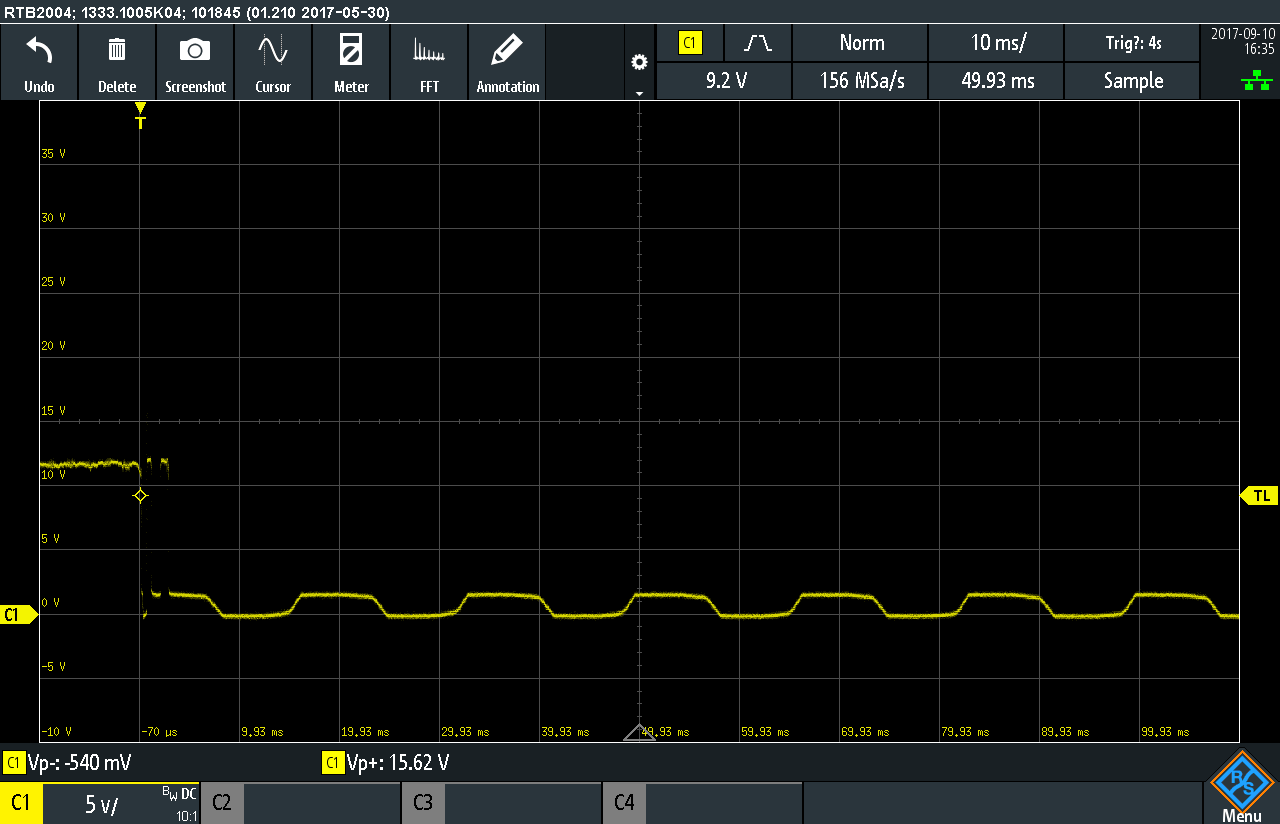 You are right, a pump is a motor, a motor stores energy in its windings, and in its movement's energy. When disconnecting power, this energy has to go somewhere, hence the voltage spike (which can and does burn a 12 V fan, at nearly four times its rating).

The spike is positive because your pump's driver circuit behaves like a diode rectifier when not powered.

A flywheel diode would not help, but a fast diode (schottky) in series with your pump could, and a capacitor in parallel with the pump would help reduce the voltage spike level.

Not the answer you're looking for? Browse other questions tagged inductor flyback over-voltage-protection or ask your own question.

5
Is it possible to store flyback voltage in capacitors?
5
Determine adequate speed of flyback diode for a relay
0
Question about fly-back diode
8
Use of Flyback Diodes
7
Are flyback diodes needed for this op-amp voltage controlled inductor?
0
Transformer spike at input supply line
0
Simulating Pulse Induction Driving Circuit in Proteus Errors
0
What the purpose of a diode in parallel with a power switch