I just measured a pair of LEDs "just for fun" and discovered that they're outputting energy. I held one on the LEDs in the sun's direction and the Multimeter went straight up to 10V. I laughed because I had absolutely no clue what's happening inside those things and how...

How is that possible? Are they "solar panels" in a way, because ... how can this be?

Below are two pictures of my "finding": 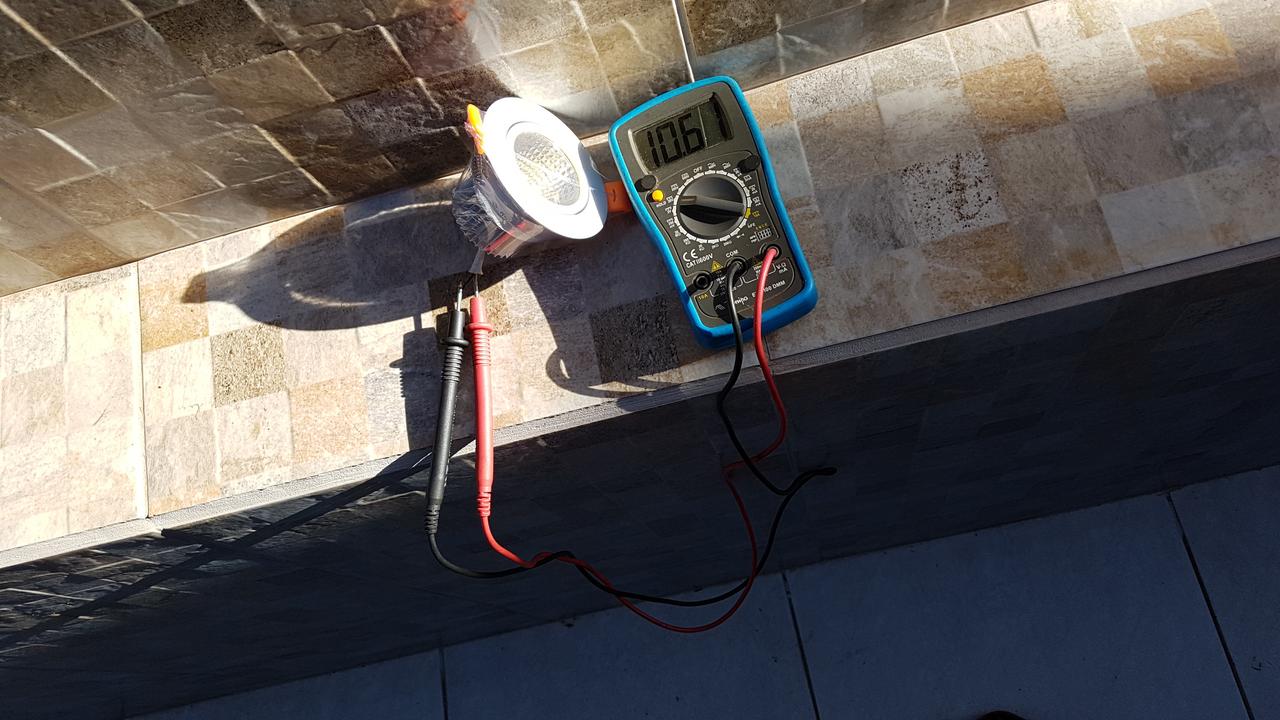 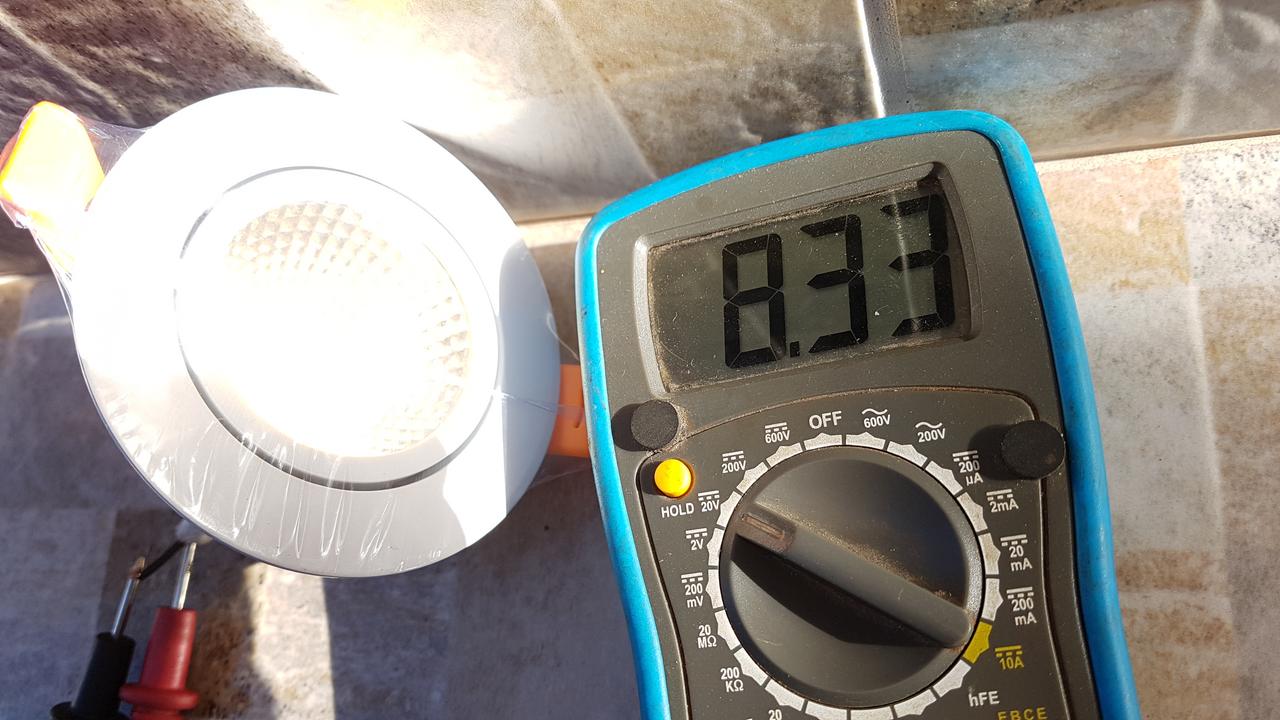 I also measured the amperage between the two leads, but the only mode that work on my multimeter is the "10A" mode. It stated 0.00(A).

EDIT: The LED has this appareance: 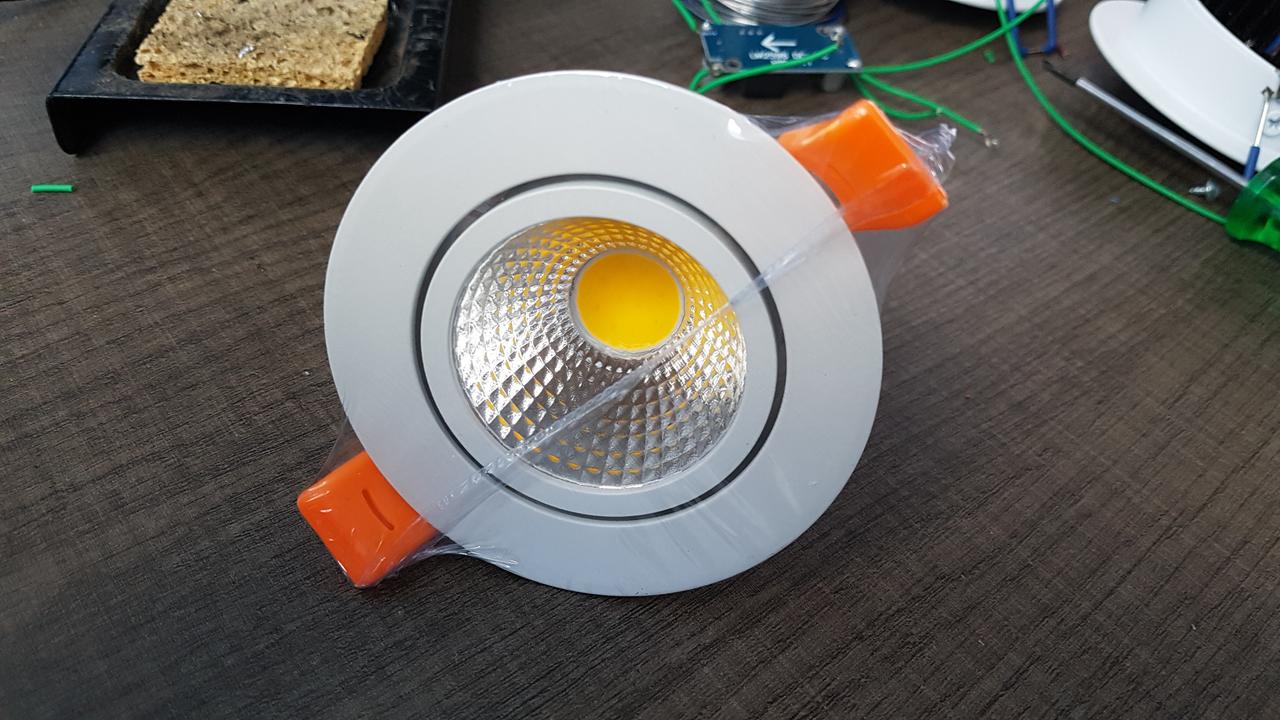 It is common knowledge that all semiconductor diodes when exposed to bright light are current sources. But since the chip is small, it does not generate much current to be useful except to drive a 10M load in a voltmeter.

Yes, LEDs are a sort-of solar panels when exposed to light, just a very small ones and not optimised to produce electricity. The main effect is called "photovoltaic effect", which is one of many physical phenomena related to transport of some carriers across semiconductors and other inhomogenuities between materials with different conductive structure. As the physics of these effects is the same, the effects are symmetrical in some sense. For example, Seebek effect is opposite to Peltier effect. Same with light and p-n junctions, an electric current causes emission of light, which become visible in specially optimized arrangements as LEDs, and the light generates current when a junction of semiconductor materials is exposed to light.

A typical GaP LED would produce DC voltage of about 1 - 1.5 V when exposed to direct sunlight, blue LEDs (typically InGaN based, and white bulbs based on them) will do 2-2.5 V per individual LED, under very light load as a DMM. If your light bulb did produce 10 V, it means that its internal construction has maybe 4-5 LEDs in series.

As already explained, leds can generate some photovoltage, but the available power is small due the low chip area and no optimization for this purpose.

The phenomena has been useful, too. An IR led can be tested without a detector. If there's as much photovoltage output from 2 leds of the same type they probably are as good. This is less needed today, when everyone has a phone camera that can see the light from the IR leds.

A fun exeriment, if you happen to have an old style CRT oscilloscope:

Connect a led to an oscilloscope which does autotriggered sweeps and has quite high input sensitivity (DC). Put the led in front of the screen and see, how the trace gets bended if the led is placed near the trace.

To be more general, I had a teacher who told us that every emitter can be reversed and used as a current generator.

So lighting a lamp will produce current, as will do turning an electric motor, shouting at a speaker, shocking a quartz, heating a resistor ...

This rule seems a bit simplistic to me, but I didn't find any case where it's not applicable. (comments welcome !)

Not the answer you're looking for? Browse other questions tagged led solar-cell or ask your own question.

3
Energy-efficient LED driver circuit
4
How does a solar garden LED work with just 1 AAA battery?
2
Solar powered LED light needs help
3
TLC5940 - with 200LEDs from car battery
1
Why do different resistors of the same power rating burn out / not burn out?
1
Energy delivered by a LED in Joule
1
Do the optical power and energy of LED vary with distance?