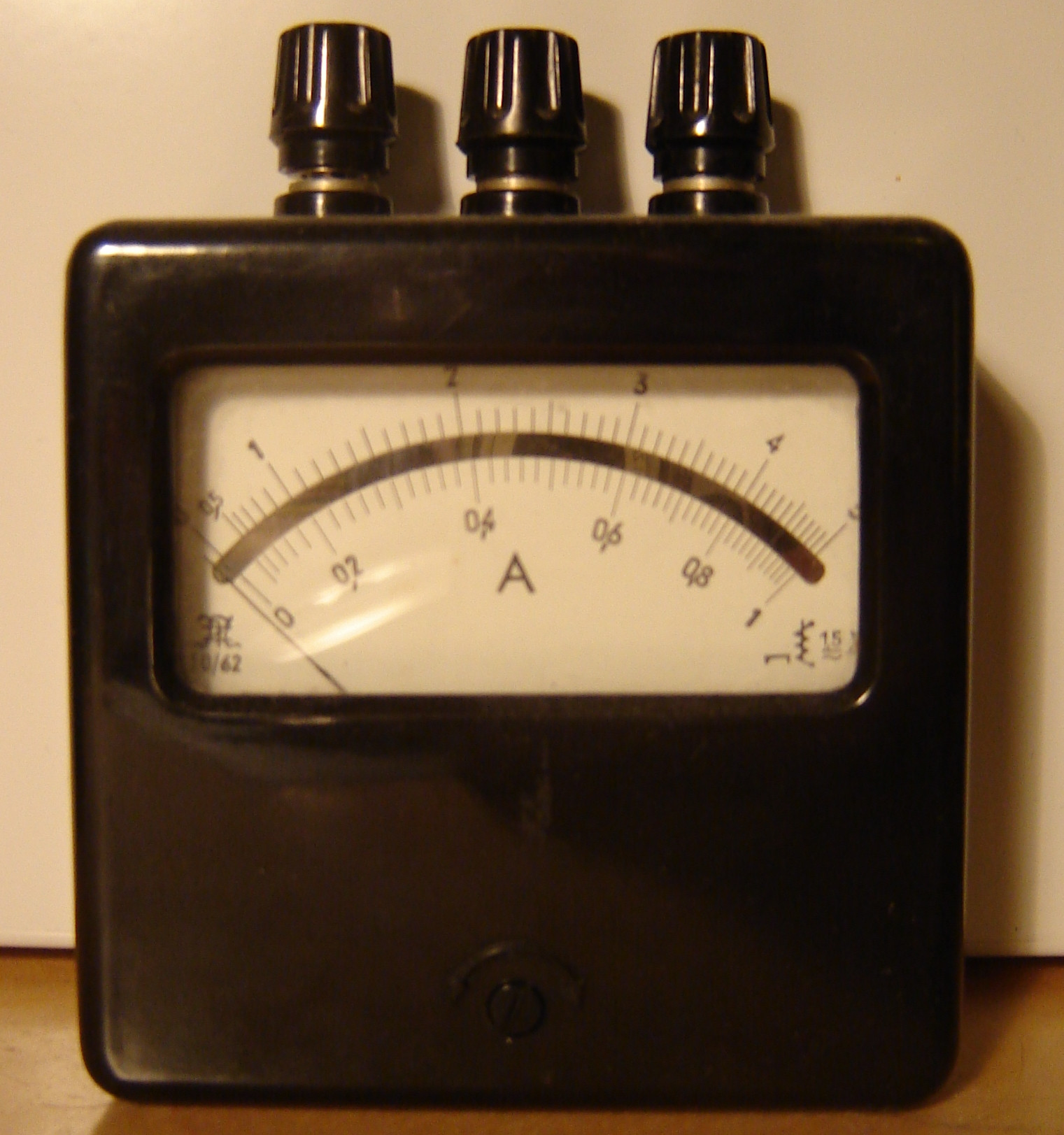 These analog meter movements work by the current thru them causing a magnetic field, which causes a torque on a permanent magnet. In some cases, that torque works against a torsion spring. In other cases, the external magnetic field is effectively rotated. However, it is not commutated, so it can't rotate indefinitely, like it does in a motor.

Look up something called a D'Arsonval movement.

I did once make a 360° analog indicator, but it wasn't just a simple analog movement. The input signal went into a microcontroller. That then controlled the drive to two separate coils wrapped around the movement, but carefully hidden. The micro did the math to find the ± drive value for each coil to get the indicator to rotate to the appropriate angle. The purpose was to make a computer-controlled compass in a aircraft simulator, actually using the real compass to make the cockpit look as authentic as possible.

Yes, there are. Often they are constrained to 270 or 240 degrees but the movement is capable of 360 degree motion. Olin describes the 2-phase sin/cos current ratio you need to drive them, but the search term you will need to actually find such a movement (and the specialized driver chips) is air core movement. They are not typically very available in small quantities - the one shown below has a hairspring to return it to the zero stop but that can be removed. 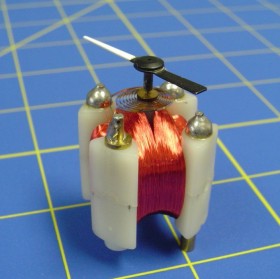 The driver chips such as CS8190 typically don't support 360 degree motion so you would have to roll your own.

More acessible, but not "analog" is the use of small stepper motors. Steppers require some way to find the absolute position at start-up. In automotive gauges they may just be run up against an end stop at turn-on. The type used in many automotive applications is the X27.168 by Switec. Since, unlike air core gauges, they fail often, they can easily be found as replacement parts for GM cars. 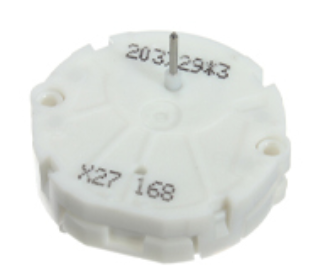 Note that the standard unit has internal stops that limit the motion to 315 degrees and provide a zero reference - both of those things would have to be addressed to get true 360 degree absolute positioning.

Such meters do exist. The needle is attached to a small permanent magnet and there are two stator coils at right angles which you have to drive with currents proportional to sin(theta) and cos(theta) I saw these used for marine flux gate compass displays. Many marine instrument companies made them in the 1980s before things went digital and LCD

Yes, It's a 96mm x 96 mm, 360° Synchroscope that is used to synchronize a private power plant with the utility's power grid.

It's also known as a 3-phase, phase sequence meter. 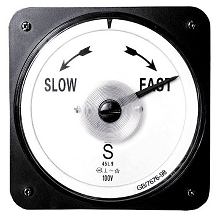 5
is it possible to repair a DMM which was burned by putting the leads into 230V on a frequency-measuring setting?
2
Is there any such thing as a linear panel meter?
1
Serial Data Input through Microcontroller to Output Voltage
1
Facing some questions regarding my energy meter project
2
high resolution analog AC voltmeter mystery
8
When we should use only an "analog" multimeter?
0
Resistance reading on digital multimeter